Now Streaming: PREMONITIONS, Some Gifts Are Not 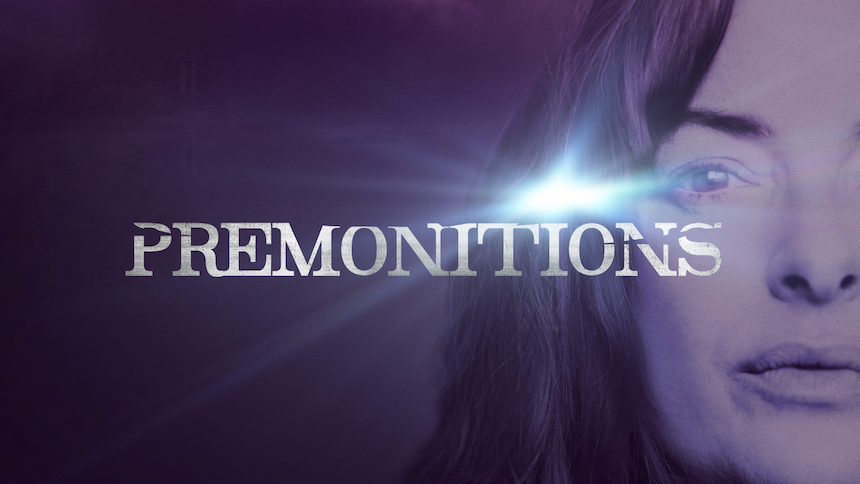 Some families are born gifted.

Premonitions
The ten-episode series is streaming as of today on MHz Choice.

The best narrative series combine a gripping plot and fascinating characters, wrapping them in a distinctive atmosphere, and telling its story with a compelling tone.

Premonitions gets most things right, placing its emphasis on a small family with varying gifts that mark them as profoundly different, then following them on a deliberately-paced flight to escape detection by the authorities and cause as little damage as possible to everyone else.

Clara (Pascale Bussières) may be the leader of the French-Canadian family, but she doesn't fully understand the supernatural gift that she possesses, nor the varying gifts of her daughter Liliane (Sophie Desmarais) and son Arnaud (Mikhaïl Ahooja), much less the developing gift of Liliane's teen daughter Félicia (Jade Charbonneau). And will Arnaud's young son Romain (Liam Patenaude) have another gift altogether when he reaches puberty?

With her gift of having premonitions, Clara endeavors to keep everyone else one step ahead of trouble. Liliane appears to have the gift of seduction (?!), which gets her into trouble when she bewitches a romantic partner with anger issues.

Arnaud would rather not use his gift of wiping away memories, though he is constantly called upon to do so in order to save other family members from the difficulties that inevitably arise. The family has chosen not to tell Félicia about their gifts, though that causes its own problems when she begins to manifest a newfound ability to heal, without realizing, exactly, that she has a special gift.

First made available in Canada back in 2016, the series is newly available to stream in Canada and the U.S. via the MHz Choice. It kept me watching because of its fresh approach to the entire issue of supernatural powers. Mainstream superhero movies and television shows tend to glorify the possibilities that special powers can make you better than everyone else. Premonitions points out that, hey, maybe gifts like these aren't all they're cracked up to be in popular culture.

The performances do not call attention to themselves. And for someone like me who's still sheltering in place, it's wonderful to watch the show unfold amidst beautiful landscapes that are not familiar. It's also a reminder that open places are often the most dangerous, no matter what gifts you possess.

Do you feel this content is inappropriate or infringes upon your rights? Click here to report it, or see our DMCA policy.
CanadaJade CharbonneauMHz ChoiceMikhaïl AhoojaPascale BussièresSophie Desmarais