Now Streaming: THE OFFER You Can't Refuse, UNDER THE BANNER OF HEAVEN Respects As It Digs 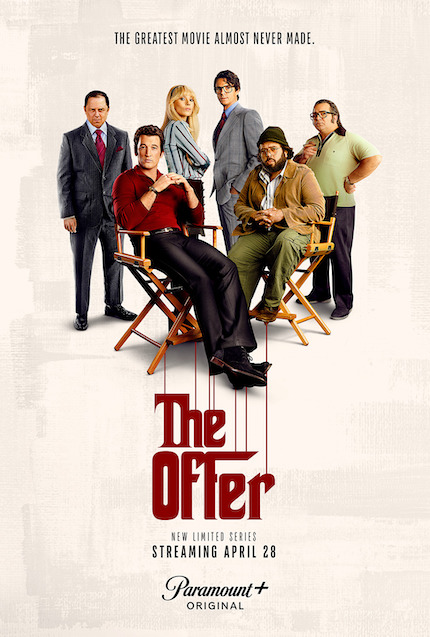 The Offer
The first three episodes are now streaming on Paramount Plus.

Yet that's the supposition driving The Offer, a ten-episode series that dramatizes the making of one of the greatest films of all time. Created by Michael Tolkin (The Player), based on experiences recounted by Albert S. Ruddy, the series positions Ruddy as the brilliant mastermind behind the movie, floating between the vastly different, though wildly related, worlds of the executives, filmmakers, and real-life Mafia members.

In this version -- and perhaps in real life, what do I know? -- Ruddy, played by Miles Teller, is a dynamic and charming man who stumbled into creating Hogan's Heroes on TV and kept improbably stumbling in a semi-successful, highly confident manner until he ended up as the producer of Paramount Pictures' adaptation of Mario Puzo's popular novel The Godfather.

The story behind the movie and who, exactly, is most responsible for its success, has been told many different times, and the story keeps changing to best suit the storyteller. Since Albert S. Ruddy is the storyteller here, as interpreted by Michael Tolkin, showrunner Nikki Toscano, and directors Dexter Fletcher (first two episodes) and Adam Arkin (third episode), The Offer makes him the hero as he bounces from studio head Robert Evans (Matthew Goode) and his boss Charlie Bluhdorn (Burn Gorman) to writer Mario Puzo (Patrick Gallo) and writer/director Coppola (Dan Fogler) to notorious crime boss Joe Columbo (Giovanni Ribisi).

Realistically, the show shouldn't work, because it's so darn busy, and sometimes seems like it may be reckless with what may really have happened. It's so crazy, though, that I easily binged the first three episodes.

Subsequent episodes will become available every Thursday. It's probably only for people like me who have all three movies mostly memorized -- okay, probably not the third -- and remain eager to read and see more about them and the people who made them. 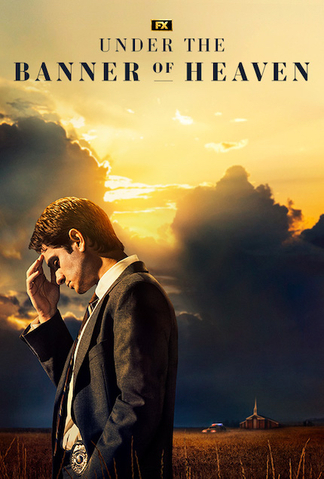 Under the Banner of Heaven
The first two episodes are now streaming on FX Networks via Hulu.

The first two episodes of a new true-crime series quickly get under the skin.

The first two episodes balance an exploration of faith among Mormons and how some deeply-held, fundamental beliefs may have led some members of a devout family astray. The tone is thoughtful and the show quickly becomes absorbing. The writing and performances strive to be respectful.