Now Streaming: SHINING GIRLS, On the Trail of an Elusive Serial Killer 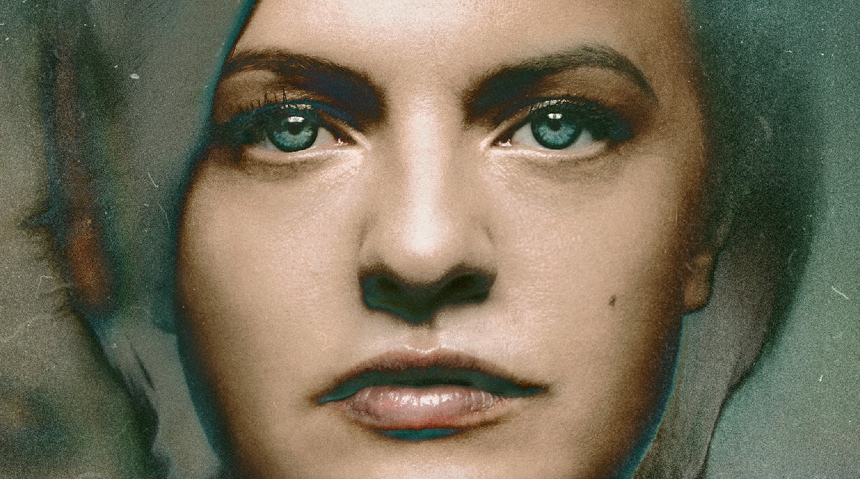 What is happening? And why is it happening to me?

My creep alarm sounded the moment that Jamie Bell approached a little girl playing on a stoop in 1964.

In one performance after another, Jamie Bell disappears into the characters that he's portraying, which makes it pitifully easy to believe that he's a malevolent creature, an anonymous stranger in a friendly Chicago neighborhood who speaks quietly. His every word carries an implied threat.

From the cautious face of the little girl, we flash forward to the friendly face of Elisabeth Moss, who looks like she's the little girl, only all grown up and still living in Chicago, some years later. The initial whiff of relief -- oh, good, the little girl survived her creepy encounter! -- slowly morphs into a disquieting realization that something bad happened to the little girl; we just don't know what.

Kirby is indeed a survivor. She works quietly in the archives of a daily newspaper, though she's given her notice and is fixed on moving away to start over. She lives with her rocker mother (Amy Breneman) in a modest apartment in a working-class neighborhood and is extremely cautious.

Before she can leave, though, a dead body and a newspaper reporter (Wagner Moura) put her back on the trail of the incredibly evil man who tried to take her life. She is convinced that she is the only one who can stop him, for reasons that are only gradually revealed through the course of the series, which steadily builds tension throughout its first three episodes and rarely lets up after that.

If anything, the series becomes more complex as it develops, revealing additional layers to the story of Kirby, as well as Dan, the reporter, whose life has been damaged by his alcoholism. Dan may be a recovering alcoholic, but his tendency to become obsessed with the stories he reports begin to endanger his early-adolescent son. And always, always, always, the shadowy figure Harper (Jamie Bell) manages to show up nearby, though how and why remain a mystery until the later episodes begin to pierce his visage.

Created by Silka Luisa, who wrote the first episode and co-wrote others, the series is based on a novel by Lauren Beukes, first published in 2013. Luisa, who previously served as a consulting producer on the compelling mystery-drama Strange Angel, shifts the emphasis to Kirby, rather than Harper, which makes all the difference in the world, opening up the narrative while keeping the novel's best ideas.

Elisabeth Moss helms one of the later episodes, but the first two are directed by Michelle McLaren, with Daina Reid directing multiple episodes. McLaren's work here calls to mind the outstanding work she's done in episodic television in the past, especially Breaking Bad, heating up the kettle to boiling and then keeping things simmering.

Reid has directed a wide variety of narrative shows over the past 20 years, but the most noteworthy and/or applicable may be the four she did for The Handmaid's Tale. Her strengths mesh well with Moss' performance, which keeps the show off-balance and showcases Moss' fierce strength, even as her character deals with surprising twists and thorny turns.

The series also benefits from Philippa Soo as an astronomer, Chris Chalk as a newspaper photographer, and Christopher Denham as an even more mysterious figure. They revolve around the magnetic teaming of Elisabeth Moss and Wagner Moura, who absolutely nail complicated characters who act like you or I might act if we were having an existential crisis that might kill us.

Do you feel this content is inappropriate or infringes upon your rights? Click here to report it, or see our DMCA policy.
Apple TV+Daina ReidElisabeth MossMichelle MacLarenUSWagner Moura