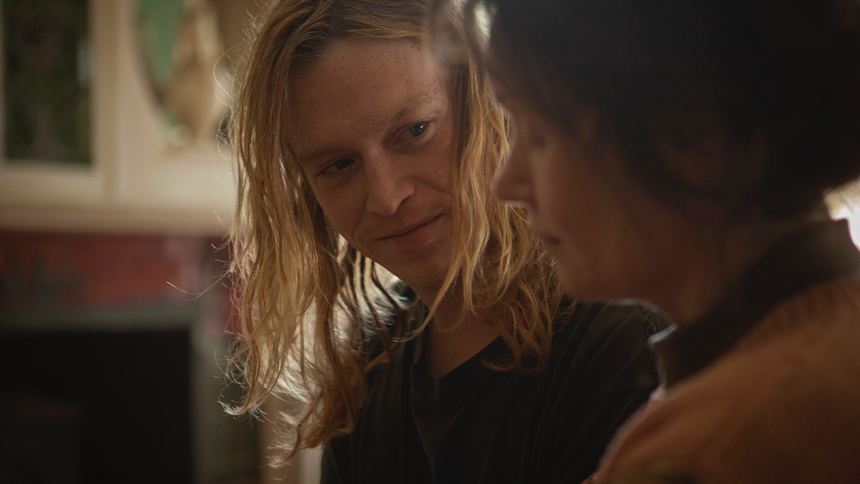 Director Justin Kurzel’s new work, Nitram, adds to the cinema inspired by real mass shootings, with an approach to the life of the perpetrator of the shooting in Port Arthur, Australia, where 35 people were killed in April 1996.

The creators of the film, Kurzel and writer Shaun Grant, had previously touched on similar tough topics. Their first collaboration, Snowtown, was also based on a violent real case that shook their country: that of John Bunting and his accomplices, including Jamie Vlassakis. Bunting is "Australia's worst serial killer," having been arrested in 1999 and eventually convicted of 11 murders.

“Shaun seeded those two stories. Shaun and I had a similar upbringing,” Kurzel revealed in an interview with Screen Anarchy, adding that they both are “curious about where violence comes from, especially in men. Nitram and Snowtown definitely explore that.”

American actor Caleb Landry Jones – known for genre exponents like Antiviral, Get Out and The Dead Don't Die – brings the titular character to life. The film focuses on the period leading up to the mass shooting that Nitram carried out.

“Justin put me with a dialect coach (Jenny Kent) and I watched as many Australian movies as I could when I was in Texas before joining Justin in Australia,” recalled Landry Jones, who for this role won the Best Actor award at the Cannes Film Festival.

“When I got to Australia, the work became different, more physical, and we really started to figure it out who Nitram was. I got to find what makes the character laugh, what does the character enjoy, what gives the character good feeling, then I’m allowed to enjoy those things, even if it’s a dirty joke or something that’s not correct morally. Making a film about a character like this, in the way that Justin and Shaun wanted to, I thought was very important for a number of reasons. We were going through the footsteps (of Nitram) to try and discover how and why, and the events that could lead up to such a horrific event,” added the actor.

Nitram is a young man from the suburbs of Hobart, Tasmania, troubled since he was a child. He’s also a social outcast, medicated with an antidepressant; he lives with his mother (Judy Davis), with whom he has a conflictive relationship, and his father (Anthony LaPaglia), who is more permissive to his insolence, using fireworks, for example. The volatile Nitram often spends his days longing to be part of a group of surfers or offering to mow his neighbors' lawns for a few extra bucks. This leads to an important moment: Nitram meets Helen (Essie Davis), a wealthy and lonely woman  living only with her pets, who soon becomes his friend and a kind of very generous mother figure.

For Kurzel, the film “questions our responsibility to people who are suffering from mental illness, isolation, loneliness and depression, and what our role is in regards to helping those that really need help. I don’t think we wanted to blame the shooting on just mental illness, I think it’s many things but, as we were shooting, it definitely became a really significant part of the character’s journey, especially when he loses probably the closest person in his life at the time (Helen), his father commits suicide, and he finds himself more and more isolated. We also made the film to be able to recognize certain behaviors; even though (today) we are connected through social media and phones, there’s actually a lot of loneliness and isolation. We’ve all gone through that experience, of suddenly feeling disconnected and isolated, in the last couple of years.”

A theme constantly reflected in movies or documentaries about mass shootings – from Bowling for Columbine, Elephant to Parkland Rising – is the ease with which perpetrators obtain semiautomatic weapons and Nitram is no exception. “It’s at the core of one of the issues in the film,” Kurzel said and then added that “you follow in the footsteps of someone throughout this film and at the point where it feels like he’s getting to his most dangerous, he is able to buy that sort of weaponry in bulk, without a license and without them being registered. That’s a problem, to have someone like that on the streets with a bag of guns. The easy access was horrifying, those laws changed in Australia after the shooting; the reforms, although now being weakened 25 years later, were hugely significant at the time, and changed Australia and Australian attitudes towards guns forever.”

In addition to reaffirming that Nitram is about "gun control," a present issue in the United States, Landry Jones highlighted other aspects of the movie: “when Nitram watches the news report from the shooting in Dunblane, Scotland (which took place in March 1996), I think it’s a big part of creating this idea of infamy, the higher number (of victims) the more fame and respect one will receive. I’m not saying this is why (the Port Arthur shooting) happened, I do think it’s a part of it.”

Nitram is intrinsically a complex work, with current and delicate themes. What the director wondered most during its making was “how much empathy you bring to a film like this? You’re making a film about someone who does something so horrific and, at the same time, you’re trying to understand him as a human being. Where do you place that empathy? For a lot of the film you see that character through the eyes of the people around him, through the eyes of a mother, a father and a friend. That really helped us. I was also really determined to be a bit distant, I didn’t want to lead an audience into having certain judgements or attitudes towards the character,” Kurzel concluded.

Nitram is now in theaters, digital rental and AMC+.