Miike Takashi's latest is a crude bombardment of slapstick, meaning it's a perfect ending to this particular trilogy. 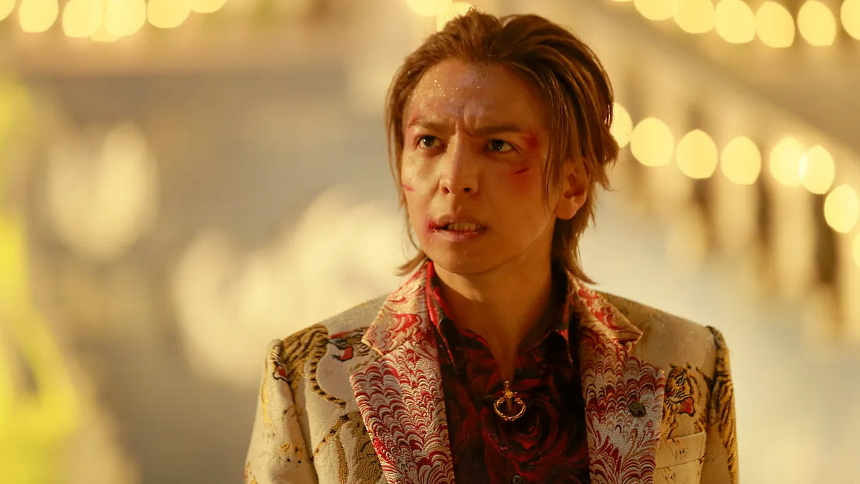 The International Film Festival Rotterdam wouldn't be itself without having at least one film by Miike Takashi in its catalog. Ever since the maverick filmmaker shocked everyone to the core with his horror thriller Audition, at the 1999 edition of the festival, Rotterdam has loved him and he has loved Rotterdam right back. This year, he brought Rotterdam the third (and final?) film in the Mole Song Trilogy, aptly named The Mole Song: Final.

The first film, 2014's The Mole Song, showed how the bumbling cop Reiji was fired from the police corps as a ruse to secretly infiltrate the deadly yakuza gang Sukiya-kai. With his extremely hard skull and rubber face, Reiji managed to save the gang's boss a few times during a clan war, leading to his unexpected rise in the ranks. It was a raucous and fun film, and you can find my review of it here.

Miike Takashi gave us a sequel in 2016 called The Mole Song: Hong Kong Capriccio, in which Reiji battled the Chinese Demon Skulls gang, who had kidnapped his yakuza boss' daughter. It was an even more blatantly ridiculous film than its predecessor, and our James Marsh had a lot of positive things to say about it in his review.

Now, five years later (and, prolific Miike being Miike, twelve films later), we get the next part. And once again, it's a hoot. 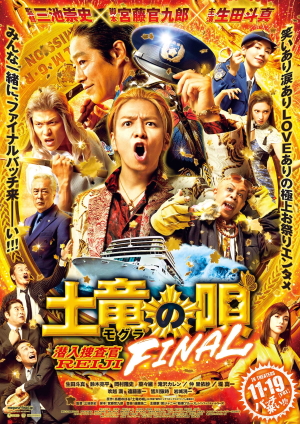 This time, Reiji is under pressure to bring his undercover adventures to a close and arrest the boss of the Sukiya-kai. And thanks to the Italian mafia, there is finally an opportunity! The Italians will be providing the yakuza with drugs, and while this will make the yakuza boss very rich, it will also bring risks, as his bionic second-in-command Crazy Papillon is dead set against the drugs trade. Can Reiji use the ensuing chaos to his advantage, or will he (as always) create an even bigger mess? His chances for an easy success are quickly diminishing when a new player enters the game: the boss's son, a monstrous hulk of a man who is power-mad and dislikes Reiji...

Well, if you liked the first two films, I cannot imagine you suddenly disliking this third outing. The Mole Song: Final is the same bunch of nonsense, too loud and at 129 minutes too long, yet also too entertaining to dismiss. Miike Takashi peppers the film with over-the-top stupid jokes, and in case you lost the plot, he provides plenty of flashbacks to key moments of the earlier two films. But just when you think "Ok, this was fun, wrap it up now..." the film gets a lot crazier, starting a finale which must have raised a few eyebrows within the special effects team which had to create it. It's all goofy as hell, Miike knows it, and he fully embraces it.

The Rotterdam audiences thought so too and awarded The Mole Song: Final a rating of 3.9 out of 5. Hey, who says art-house festivals should always be highbrow? 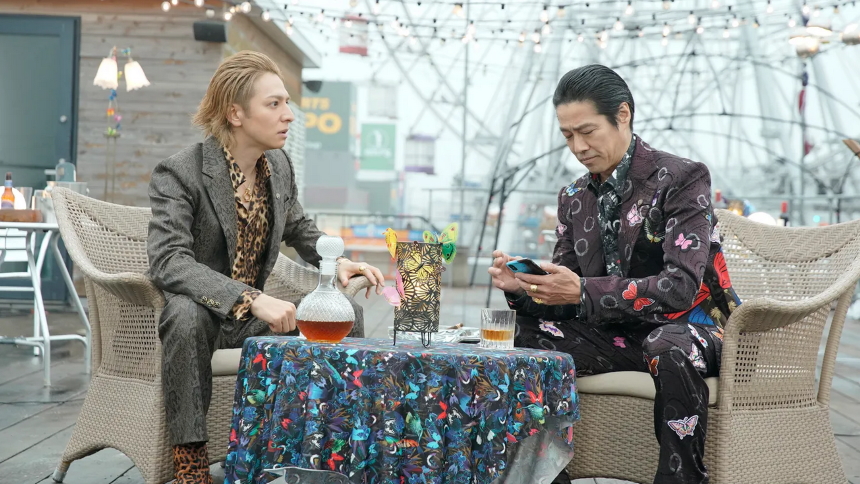 Do you feel this content is inappropriate or infringes upon your rights? Click here to report it, or see our DMCA policy.
Takashi MiikeKankurô KudôTôma IkutaPaolo Andrea Di PietroKen'ichi EndôActionComedy