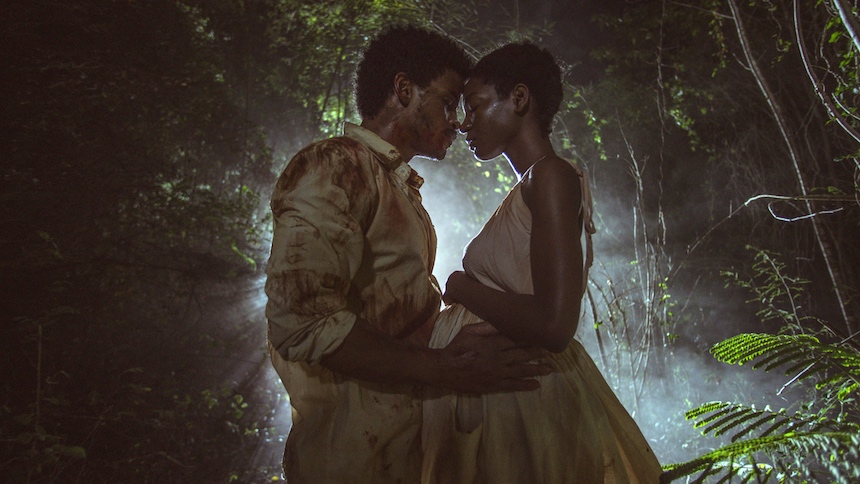 History, sadly, is filled with massacres, and other disastrous events in which one group of humans inflicts terrible violence upon another group, for reasons that - well, it doesn't matter why. They are called massacres for a reason. And a question lingers when trying to put such a horrific event to film: how do you portray this story? Do you find the macro or the micro in the tale? Do you focus on a single character or a multitude? Do you tell a real person's story, or find a fictional one within the larger historical context?

For his eighth feature film, Dominican filmmaker José María Cabral tackles just such issues. Parsley (which won the Audience Feature Film Award) tells the harrowing story of the Parsley Massacre of 1937 (so-called because people were asked to say the word 'parsley' to identify if they were Dominican or Haitian). Cabral chooses to tell a more micro tale of a fictional character, and yet embodies within the story the wider context to instill in the viewer, the terrifying ordeal.

Maria (Cyndie Lundy), a Haitian, lives with her husband Frank (Ramón Emilio Candelario), a Dominican, in the Dominican Republic just over the border from Maria's birthplace, awaiting the birth of their first child. The intermingling of citizens of both nation is common, but is frowned on from the Dominican side due to hatred and prejudice.  Maria, Frank, and their family and neighbours had been living relatively peacefully for years, despite some grumbling from those who looked down their noses. But that hatred runs deep enough that in 1937, the dictator Rafael Trujillo, on a flimsy excuse, ordered his army to kill all Haitians living in certain areas. Suddenly, Maria must escape across the river or be killed in the most horrific manner.

The first signal that something terrible is about to happen is when Maria sees a man on horseback, dragging another man behind him. The next hours (days?) stretch and contract as Maria wants to find her husband, protect her child, and save herself. But she moves through it as if in a dream (at least stylistically, the situation is of course the worst kind of nightmare). She manages to escape the immediate brutality against her neighbours, but must search for her husband, and even when she finds him, she watches him become forced to do terrible things to try and protect her.

Cabral does not shy away from the bluntness of the brutality; indeed, we cannot be spared the truth of what happened, and through Maria's eyes, taking in accounts of those few who did survive, we can see the motivation and attitudes laid bare. Everything has a slight sepia tone, except the greens of the jungle, and the red of the blood that never seems to stop. Even when Maria thinks she has found safety and shelter, she knows she is only as safe as others care to make her; not everyone is willing to risk their life for her, and more than a few will rat her out to save themselves.

Cabral asks us to bear witness not just to Maria, but to the many levels of fear, survival, desparation, consipracy, hatred, and cruelty displayed by people during this horrific time. Parsley gives us something of an intimate outlook on an epic story - through the eyes of this individual fighting for their life, we see the hundreds who fought and died, and the hands of those reponsible.

Do you feel this content is inappropriate or infringes upon your rights? Click here to report it, or see our DMCA policy.
José María CabralArturo ArangoNurielis DuarteCyndie LundyRamón Emilio CandelarioCynthia GuzmánDrama