Miami 2022 Review: IMMERSION, On the Surface, Nothing is Calm 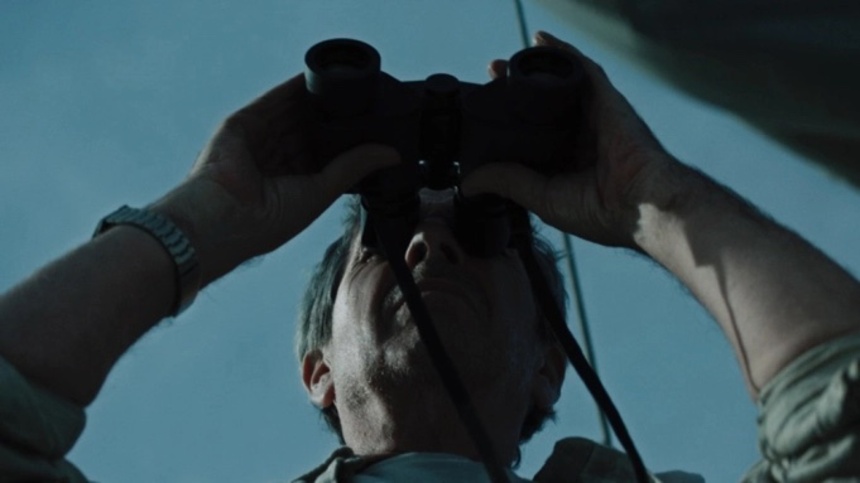 There are many things that thriller films have taught me, and one thing is, you do not want to be stuck on a boat with strangers. Even if you have land on site, it is itself an isolated location, and getting away safely is always almost impossible. Add into this clashing personalities, an unravelling mystery, and a location devoid of people, and you have a pretty tense film on your hands, the kind that leaves you biting your nails in suspense, waiting for the proverbial powder keg to explode.

Nicolás Postiglione's feature debut Immersion is fraught with the kind of tension an audience both dreads and anticipates. It's use of the landscape - gorgeous and devoid of human life - alongside the sailboat and its five inhabitants, all with secrets and fears, makes for a fraught intimate thriller that has layers as deep as the lake the sailboat traverses.

Ricardo (Alfredo Castro) is taking his daughters Tere (Consuelo Carreño) and Claudia (Mariela Mignot) to the old family home by sailboat. This is where Ricardo grew up, a remote area with only a few houses dotting the shoreline, a place he happily left decades before. His relationship with his adults children is strained to say the least - Tere especially has little but disdain for him. But as he hopes for some kind of reconciliation, he sees men in a sinking rowboat in the distance. But rather than help, he quickly motors his sailboat away.

Claudia is perhaps a little indifferent, but Tere is livid and calls her father a coward for not helping. Her father claims he didn't trust the men, a view reinforced by his casually-dropped racism towards the Mapuche, the indigenous people of the area whom he accuses of ruining it; and the terrible state of his childhood home, in which there have obviously been squatters. So off they go to help the men - one of whom is now missing, presumed drowned. 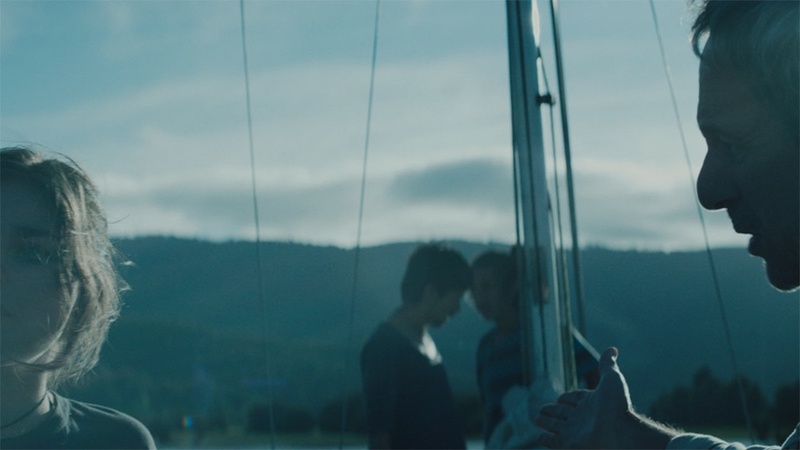 Thus begins an hour of increasing tension. The men are 'acting suspicious', somewhat evasive of Ricardo's questions, insisting that he take them to remote corners of the lake to look for the third man - but then again, with such open suspision from Ricardo, why should they trust him, or should he be entitled to know their business? Meanwhile, Tere defies her father's every instruction simply to do so, oblivious to the possible danger, and Claudia is increasingly scared, as night is falling and they're getting low on petrol.

Postiglione balances drone shots of the lake - reminding us how large and imposing it is - with the confinement of the boat. If there were any people on shore, they might see the need for help - but the few houses seem empty. You can see both sides of the lake, but one could easily drown trying to swim across it. Walter (Michael Silva) and Conrado (Alex Quevedo) see right though Ricardo, but it doesn't take long for Ricardo to figure out that they're the squatters. It's a cat-and-mouse game where the dominant role is constantly shifting as knowledge is gained, with one man who can't understand why his power is not ultimate and inviolable and one who seems willing to risk a lot for what little he has to lose.

One of the strengths of the film - besides excellent cinematography and discordant score - is that none of the characters are particularly likeable. Really you feel like yelling at all of them about how stupid they're being in between moments of biting your nails with the tension. But it works so well in a thriller like this - you know that something terrible is going to happen, and it was unavoidable, and that is just so accurate to life (even if this story is a fictional narrative) that you feel it in the pit of your stomach.

Immersion is admirable not only for its execution in both the tiny space of the boat and the wider, empty lake, but keeping the tension high from the first frame. An exploration of family, class, and race dymanics in taut and exciting thriller.