Now Streaming: NO EXIT, We Gotta Get Out of This Place 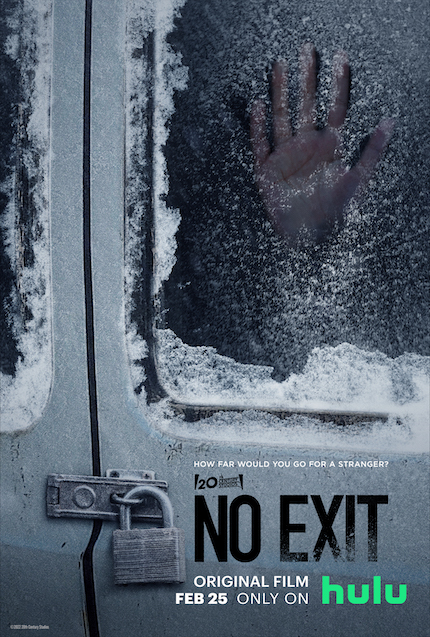 No Exit
Now streaming on Hulu in the U.S., Star+ in Latin America, and Disney+ in all other Territories.

Where I am currently writing, the temperature is below freezing. Between shivers, I watched a movie that is structured like a frozen suspense thriller, which brought me no great comfort.

Darby Thorne breaks out of a rehabilitation facility in the dead of night, stealing a car and heading straight into an oncoming snowstorm. She has been receiving treatment for her addiction(s) and is convinced that such treatment is totally ineffective, as she has repeatedly slid back into her addiction(s), time after time.

This time is different, however, because Darby has learned that her seriously-ill mother has been hospitalized and may not survive much longer. She takes instant action to try to reach her, even though it may require driving all through the night.

Darby didn't count on the snowstorm stopping her, though, and when the highway is closed, she is forced to pull off the road and wait, reluctantly and impatiently, at a rest area. A few other people are already there; their presence only adds to her anxiety. She walks outside in the cold and snow to take a break, and to fetch something she left behind in the (stolen) car.

Darby happens to glance into a van in the parking lot, where what she sees makes her blood run cold: a young girl, tied up.

Adapted by Andrew Barrer and Gabriel Ferrari from a novel by Taylor Adams, the early scenes set up the premise quite well. Damien Power directed; as I wrote about his previous feature film, Killing Ground, a few years ago: "I love horror movies that are disquieting and suspenseful. I hate horror movies that traffic in sheer cruelty and stupidity. So I love the first half of Killing Ground."

And so it goes with No Exit. As much as I thoroughly enjoyed the suspenseful first half, my level of enjoyment rapidly dropped as the movie progressed. That the movie kept me watching is due to Damien Power's evident abilities as a filmmaker, especially in regard to the composition of individual sequences, which maintains visual interest, and the pace, which varies from slow and deliberate to more rapid and furious, reflecting the kinetic nature of individual sequences and how they fit into the overall picture.

Havana Rose Liu is very convincing in the lead role. She is a young woman who is more than capable of caring for herself, though her circumstances in life have obviously not made that easy, and contributed to her addiction(s). When push comes to shove, though, she values life and is willing to fight for it, even if it's against the odds. She is very definition of a seriously flawed protagonist who nonetheless inspires the viewer to root for her survival.

Of the other characters, however, I found myself rooting for their early defeat. They are brought to life with varying degrees of success by the actors (Danny Ramirez, David Rysdahl, Dale Dickey, Mila Harris, Dennis Haysbert), who all do their best to fight against their cardboard constructs. Failing that, No Exit begins to do what Killing Ground did, so, forgive me for repeating myself, but what I wrote before applies here as well: "After a certain point, though, the film succumbs to genre expectations and, indeed, the blood begins to flow.

"That will be reassuring to some viewers, I am sure, but I confess that the violence caused me to disengage from the experience. ... Over the years, my tolerance for such things has contracted, so the violence feels especially cruel and excessive."

My tolerance today is much less. Viewer beware. 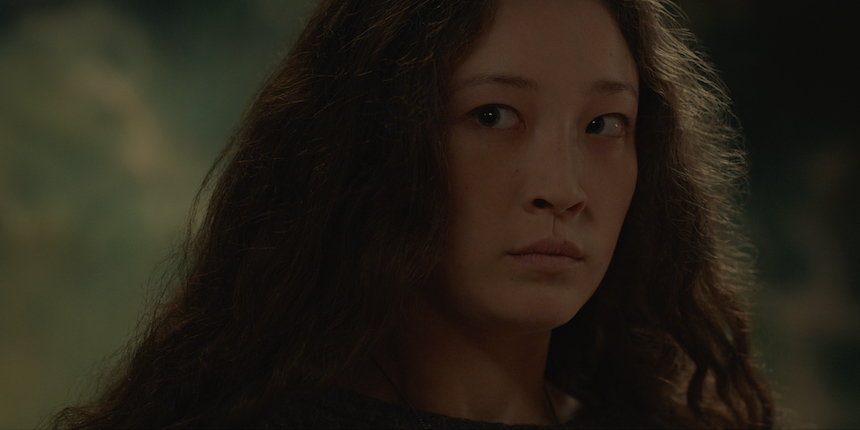 Do you feel this content is inappropriate or infringes upon your rights? Click here to report it, or see our DMCA policy.
Damien PowerDanny RamirezDavid RysdahlDennis HaysbertHavana Rose LiuMila HarrisUS