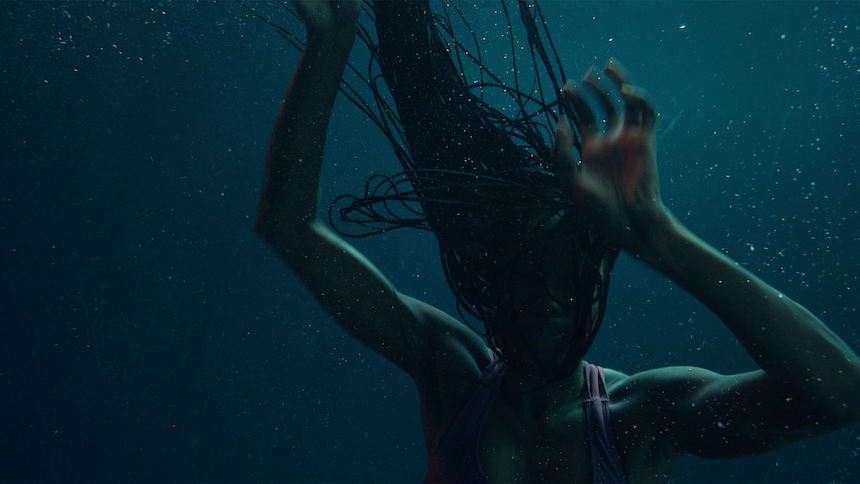 Wrapped inside cleverly executed supernatural/horror genre tropes with a West African spin, Nanny just as importantly centers the domestic workers who leave lives and families behind in their native countries, only to ironically become the equivalent of surrogate parents to the Caucasian children they raise, nurture, and often love as their own. Unsurprisingly, Nanny just received the 2022 Grand Jury Prize from the Sundance Film Festival.

With a college education and French on her resume, Aisha settles easily into the role of Rose’s teacher, cook, and non-biological, secondary maternal figure. Though Aisha literally dreams of bringing her own preteen son, Lamine (Jahleel Kamara), from Senegal to join her in the United States, she doesn’t allow any of her frustrations at the controlling, obsessive Amy or her own inability to raise the funds needed to bring Lamine to the states influence her relationship with Rose.

Even when Amy proves to be a master manipulator (convincing Aisha to overnight on short notice) and occasional gaslighter (trying to short-change Aisha financially) — a reminder of the exploitable power imbalance between the two women — Aisha keeps caring for Rose front-and-center. Dreams of Lamine and her fears, concerns, and anxieties over his well-being, however, continue to creep into Aisha’s life, causing her no amount of emotional and mental distress.

A modern, superstition-rejecting woman and schoolteacher by trade, Aisha repeatedly rejects the increasingly disturbing intrusion of seemingly supernatural figures drawn from West African folklore, including Anansi, a trickster figure, and Mami Wata, a mermaid-like water spirit, into her dream and everyday lives.

Aisha sees the appearances of Anansi and Mami Wata initially as minor nuisances, then later as figurative threats, but never as literal ones. In the most intriguing plot turn introduced by Jusu into the story, Aisha seeks the counsel of Kathleen (Leslie Uggams), the grandmother of Aisha’s romantic-partner-in-waiting, the American-born Malik (Sinqua Walls).

Well-versed in West African traditions and a spiritual intuitive, Kathleen suggests an entirely different, far less clear purpose for the persistent supernatural presence in Aisha’s life. Ultimately, it’s up to Aisha to interpret their ambiguous intent and act (or not act) accordingly. Whether she acts or doesn’t act determines not just her individual fate, but possibly the fates of those in her immediate orbit.

It’s just set aside temporarily, leaving a wary, expectant Aisha to wade through her conflicted, often contradictory experiences (i.e., the life and son she’s left behind, the new, vibrant life she’s building in the states), all ably captured by Anna Diop’s enthralling performance, a performance that deliberately hides more than it reveals, but a performance that nonetheless never feels less than grounded, never less than believable.

Do you feel this content is inappropriate or infringes upon your rights? Click here to report it, or see our DMCA policy.
Anna DiopLeslie UggamsMichelle MonaghanNannyNikyatu JusuSinqua Walls