Now Streaming: RECKLESS Wrecks, FOR THE SAKE OF VICIOUS Startles, THE FEVER Burns 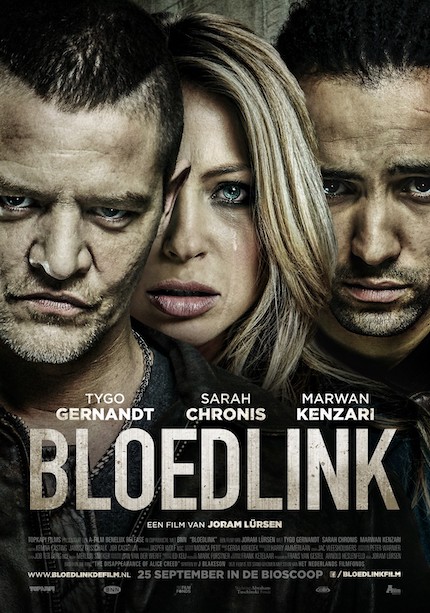 Exploring the wide, weird world of international cinema has never been easier, as this week's showcased titles remind.

Two men carefully prepare for their day of work by dressing appropriately for the task ahead: kidnapping a woman and holding her for ransom.

If that sounds familiar, it might be because Reckless is a remake of The Disappearance of Alice Creed. Our own Charlie Hobbs acknowledged that he had not seen the original when he reviewed the remake on home video; however, he noted: "This brisk ninety minute thriller is an exercise in economy." And it's now streaming on Kino Cult, which has both ad-free and ad-supported options for viewing.

For the Sake of Vicious
Now streaming on Shudder.

Personally, I love nurses, especially their kind, caring nature under the most trying of circumstances. Here's a film about a nurse, who is also a mother, who comes home after a long day at a hospital to find something she did not expect, lying on the floor of her kitchen. Where does it go from there?

Our own Andrew Mack saw the film at Fantasia in 2020 and he noted: "For the Sake of Vicious is an action horror film with clear goals and purpose and sets out to meet them as efficiently as possible. Letting nothing get in its way For the Sake of Vicious comes barrelling through our front doors, brandishing knives with an intent to kill."

Read his entire review for his complete impressions.

Per the description by Criterion:"This spellbinding narrative feature debut from Maya Da-Rin is an entrancing, enigmatic meditation on the material, spiritual, and dream lives of Brazil's Indigenous people."

I've only watched the first 15 minutes so far, but I'm definitely coming back to this one. The film casts a spell that is slow yet seductive, and requires the right frame of mind to watch, I think, which sounds perfect for the weekend. The trailer gives a good idea of its mood and tone.