We favor indie and international genre films, which means we like to highlight action pictures, mystery dramas, science-fiction of all kinds, suspense thrillers, and similar fare, but we must always remember that our site is based in Toronto, Canada, and thus we love all things Canadian.

Thus, I feel compelled to note that The Wishing Tree, "inspired by true events and set against the lush background of northern Ontario forestry," is out today and available on digital platforms. It's not our usual thing, but that scenery looks great, especially this time of year in North America, and, especially for your faithful correspondent, apartment-bound in Texas. Read more about the film at its official site.

Also out today, and also beyond our usual parameters of coverage, is India Sweets and Spices, which appears to combine three things I love. The film "celebrates a young woman's coming of age set against a lovingly framed glimpse of the life of an Indian American family." Here's the official site.

Back to our more usual fare, and sci-fi adventure Portal Runner looks and sounds like our kinda thing, and the trailer's very good. The official synopsis provides more details:

"When 15-year-old Nolan (Siegel) discovers a secretive family legacy and a portal that enables him to travel to parallel worlds, it's a young boy's dream come true ... until it becomes a nightmare when he realizes he's being pursued across the ages by an evil force. When he becomes stranded on Christmas in an alternate world with his quirky family and a rebellious and petulant older sister he's never met before, he realizes Mae (Eberle) may be the key to defeating his adversary and must enlist her help fast ... before it's too late for them all."

Portal Runner will be available Friday, December 10, via a variety of On Demand platforms.

I'm jumping around this week's calendar a bit now, as I want to highlight something for those of you who are signed up for Mubi: The Bones, described as "a fictitious account of the world's first stop-motion animated film. Dated 1901 and excavated in 2021 as Chile drafts a new Constitution, the footage documents a ritual performed by a girl who appears to use human corpses. Emerging in the ritual are Diego Portales and Jaime Guzmán, central figures in the construction of authoritarian and oligarchic Chile." Sounds quite intriguing, and a lovely contrast to the season. Look for it this week on the Mubi streaming service.

Out today is The Scrapper, billing itself as a Punjabi Sopranos, which is a pretty bold claim to make. From the official synopsis, I'll just highlight one sentence: "His past soon catches up with him and he's thrown into the middle of a conﬂict between Punjabi and Mexican factions led by violent, ruthless criminals." OK, there you go, reasons to check it out just get better from there, if you're so inclined.

In addition to the above, we have six reviews already prepared for your reading pleasure in the next couple of days, with more to come, so please stay tuned, and kindly share on your social media. 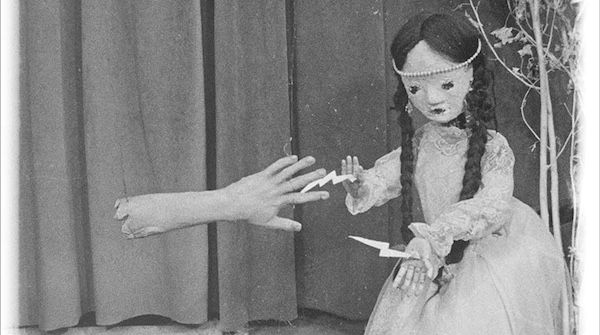