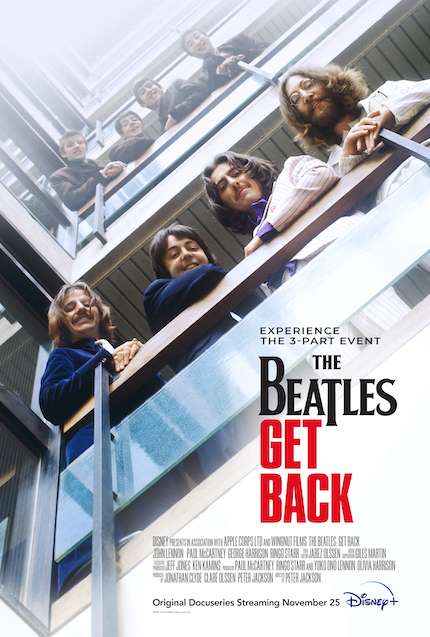 Yes, they passed the audition.

The Beatles: Get Back
The series debuts exclusively today on Disney Plus.

In January 1969, The Beatles entered Twickenham Film Studios in London, England, with the aim of writing all-new songs that would then be featured in a television special, the entire process to be documented by filmmaker Michael Lindsay-Hogg.

Things didn't go as planned, as captured in a new documentary series directed by Peter Jackson, who was granted access to "nearly 60 hours of unseen footage shot over 21 days," as the press notes inform, and "from more than 150 hours of unheard audio." Restored and distilled into three lengthy episodes -- 157 minutes, 173 minutes, and 138 minutes -- the series, as it is, is clearly targeted at Beatles completists, and makes no apologies for it.

Even so, the first episode opens with a quick recap of the Beatles' entire career up to January 1969, which is a good reminder for those of us, myself included, who are not Beatles completists, that the group had been under intense pressure that is difficult to fathom nowadays; I suppose the rough equivalent is someone who is a worldwide social-media star as a member of a group that is also incredibly famous and subject to relentless hounding by their fans and the press. (As it happens, fame and its resultant pressures is also explored in Pablo Lorrain's recently-released Spencer.)

Released in April 1970, about one month after Paul McCartney announced the breakup of the band, Michael Lindsay-Hogg's documentary Let It Be is not currently in circulation, though I wish it were for comparison's sake. (Keith Phipps has an excellent review of the film this week at The Reveal.) In any event, I'm enough of a fan of The Beatles that I watched and enjoyed the six-episode series McCartney 3, 2, 1, now streaming on Hulu, earlier this year, in which Paul McCartney delved into the art of songwriting and recalled many memories of writing songs with (and without) John Lennon.

Binging The Beatles: Get Back may be too much of a good things, but I'm glad that all the many minutes are included now; the original plan was evidently to release a shorter version into theaters, which might have robbed the series of its greatest value, namely, that of showcasing the four individual members of The Beatles as amazing musicians and incredibly talented songwriters.

Frictions come to a boil more than once, as might be expected, and tensions -- mostly creative -- return again and again. For the most part, any divisive talk about personal relationships between individual Beatles and their lovers are left out -- so no slinging arrows are hurled at Yoko -- and their common bond becomes quite apparent, thanks to their unique shared experiences over the 1960s.

John, Paul, George, and Ringo are all shown to be quite witty fellows who get along very well until they don't. Really, the majority of the running time shows four friends whose relationship may be strained, at times, but who share a burning desire to make music.

Anyone expecting, or hoping for, more focus on the acrimony that cropped up between them or the divisions that would eventually break them apart will undoubtedly be disappointed, though their differences are not entirely papered over. In nearly any relationship, business or creative or personal, differences are bound to come up; sometimes they can be worked out, and sometimes not.

The Beatles were not able to work out their differences. In the days before that happened, they could still make beautiful music together, which is a lovely thought and perhaps the most encouraging message that I will take away from Peter Jackson's series.

(Content note: the series includes more cursing than I'm accustomed to hearing in a Disney Plus series; it's definitely PG-13 level.)

The Beatles: Get Back 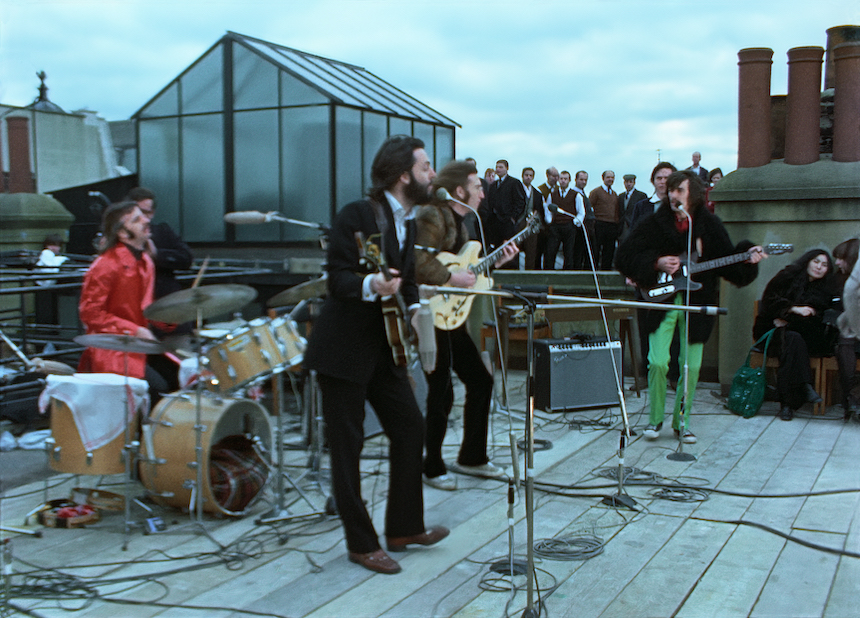