NO MAN OF GOD Blu-ray Giveaway 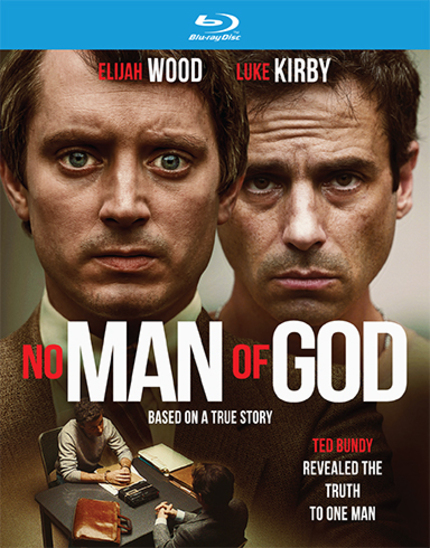 In 1980, Ted Bundy was sentenced to death by electrocution. In the years that followed, he agreed to disclose the details of his crimes, but only to one man. During the early days of the agency’s criminal profiling unit, FBI analyst Bill Hagmaier met with the incarcerated Ted Bundy in the hopes of understanding the psychology of the serial killer and providing closure for the victim’s families. As Hagmaier delves into Bundy’s dark and twisted mind, a strange and complicated relationship develops that neither man expected. Based on actual transcripts of interviews between FBI analyst Bill Hagmaier and the incarcerated Ted Bundy, No Man of God is “nothing short of riveting. It is a must-see” (Reel News Daily).

Today, Amber Sealey's thriller No Man of God is being released on DVD and Blu-ray. Screen Anarchy has two (2) Blu-rays to give away at the end of the week, so if you can hold off buying it for a couple days you could win a copy on Friday.

To enter simply answer our fact-finding question that follows and email us here with your answer. All qualifying answers will be entered into the random draw for two (2) Blu-rays on Friday, October 22nd, at noon PT. Ready?

No Man of God was written by Kit Lesser. That is not their real name but a pen name of a screenwriter of popular superhero and horror films. Who is it?

When you have found the answer email us here and you will be entered into the random draw this Friday, October 22nd at noon PT. Good luck!

Do you feel this content is inappropriate or infringes upon your rights? Click here to report it, or see our DMCA policy.
Amber SealeyKit LesserElijah WoodLuke KirbyAleksa PalladinoBiographyCrimeDrama

More about No Man of God