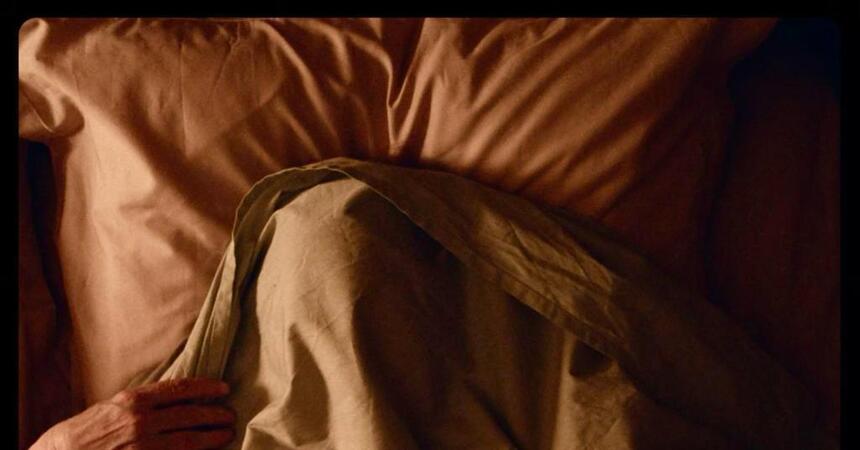 Karlovy Vary International Film Festival dedicated its midnight slot to the notorious enfant terrible of world cinema, Gaspar Noé. After the LSD-laced dance horror Climax and incandescent meta-cinematic essay Lux Aeterna, Noé switches gears for a different fare. After the death of his mother and a sudden brain hemorrhage, the director got sober and made Vortex which might have suggested a carpe diem effort. While Vortex may exert visceral effects on some viewers, it is questionable how many of them will be leaving the theatre with their spirits up.

Noé´s latest oeuvre is a lockdown movie set almost entirely within the claustrophobic walls of a Parisian apartment. The chamber drama lacks the Argentinean director´s signature psychedelic pyrotechnics but certainly packs a punch albeit in a moderately developed observation. The apartment belongs to a pair of octogenarians, a former psychiatrist portrayed by French actress Françoise Lebrun of Jean Eustache and Marguerite Duras films and a film writer played by the Italian Giallo master Dario Argento.

Françoise Lebrun´s character is stricken with advanced-stage Alzheimer´s what becomes painfully obvious in the early scenes of her wandering through tight aisles of a local grocery shop and her growing confusion. Argento´s character, apparently used to this kind of behavior, eventually finds her and fetches her home. He leaves her in the living room and proceeds to work on his book about cinema and dreams.

While the wife suffers from a disease of the mind, Argento´s character has a heart condition. As a matter of fact, Noé dedicates the film to those "whose brains will decompose before their hearts" in a grim foreshadowing of what the following 135 minutes will minutely bring forward and the film´s basic premise: a somber race to disintegration.

Vortex has a rather thin plot as Noé focuses on the cohabitation of the central couple in the late twilight years attempting to carve out the little existence they can pull off under the hostile circumstances. Paradoxically enough, the director opens his latest oeuvre with a hopeful celebration of life, a dream within the dream as Argento´s character proclaims, only to segue to a downward spiral of Lebrun´s character who is rapidly losing the sense of herself and her identity.

Argento´s character, on the other hand, tries to do as much work on his upcoming book about dreams and cinema and to reconnect with his ex-girlfriend. At one moment, the pair´s adult son (Alex Lutz) appears with their grandson although he appears to be helpless with his own baggage as a junkie failing to provide any sensible help.

Noé proceeds to follow the mundane and aimless wayfaring of the pair almost in a documentary style. Benoît Debie returns behind the camera although Vortex lacks the in-yer-face stroboscopic aesthetics of the DoP´s previous work Climax and Enter the Void. Nevertheless, he still brings a kinetic velocity to camerawork that is employed for a dramatic effect especially as the proverbial feces start hitting the fan and Lebrun´s character hits a critical point. 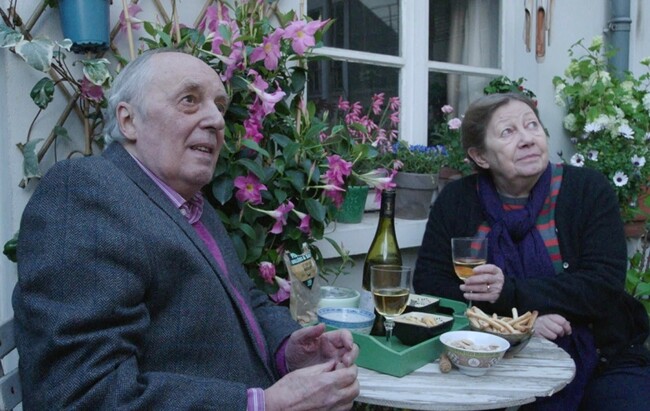 Noé tested split-screen cinematography, two separate characters and action shot back-to-back, in Lux Aeterna and extends the method to a full feature-length form in Vortex. Thus, both protagonists appear at the same time doing usually different activities in different parts of the apartment. In the case of a shared scene, Noé edits the two screens to create a sort of panoramic composition. The perpetual split-screen may be chaotic from the beginning but the eyes get accommodated to follow the action in two separate frames. The director sheds his previous dizzying mannerism for more prosaic, documentary-like formalism and long observational takes wrapped in austere and claustrophobic aesthetics.

Vortex is a very honest and depressing look at old age and the biological limits. Michael Haneke´s old-age drama Amour becomes the most obvious reference point however Noé proceeds to subtler dramatization and anti-climactic staging of the tragedy of fin d´existence. While the hefty volumes of CSI-like series pushed the limits of perception of death to the total anaesthesia and resistance, Noé´s old-school approach brings the futility and banality of the last grand event in human life back to life eschewing fetishization of morbid.

The film´s existentialist air is fitting; however, Vortex does not slip into a downward spiral of the unavoidable that Noé captures in agonizing details into the bitter end and beyond. The pair continues to function in whatever capacity remains possible, Argento´s character even planning more work and l(i)oving to carry out with his hard-to-hide Italian temperament. Vestiges of their tender relationship occasionally transpire and cushion the desolation and lassitude with a single iota of hope that still remains.

Vortex unflinching gaze sucks viewers into the space of the elderly couple as the action appears to unfold almost in real-time. While marking a departure from the director´s previous hallucinatory escapades, the lucidity and documentary formalism make Vortex an oeuvre that will likely find appreciation outside Noé´s fanbase.

Nevertheless, Vortex preserves an ambiguity as the film can be perceived in the dramatic side of the spectrum next to Haneke´s Amour as a more stylish portrait of old age or (and) as a civilization horror when watched through the lens of genre filmmaking. Ultimately, the anti-climactic denouement delivers the carpe diem effect though the film´s major contribution may lie in achingly naturalistic depiction of living with advanced Alzheimer's and a notification to find out medical help as soon as possible.

Do you feel this content is inappropriate or infringes upon your rights? Click here to report it, or see our DMCA policy.
Karlovy Vary 2021Gaspar NoéDario ArgentoFrançoise LebrunAlex LutzDrama