Eyes of Fire is an interesting film. A low-budget horror venture from the mind of Avery Crounse, it is a curious amalgam of Nathaniel Hawthorne and Sam Raimi.

The storyline is a familiar one. Set in the 1700s, Reverend Will Smythe (Dennis Lipscomb) is a zealous preacher who entrances the simple Irish immigrant folk of Dalton’s Ferry. In between his fire and brimstone sermons, he can be found burning “witches” for heresy in his spare time.

He becomes romantically involved with Eloise (Rebecca Stanley), the wife of settlement founder, Marion Dalton (Guy Boyd), an avid woodsman who goes on extended hunting trips to forage for the village. Of course, since he isn’t there to address his spouse’s needs, she turns to Will for spiritual guidance as well as sexual comfort.

Since adultery is a crime that can cause the offending parties to be shunned, the pair embark on a journey to another promised land with several followers in tow. If this sounds like a tale that you have heard before, that’s because it is a re-telling of Nathaniel Hawthorne’s classic piece of gothic literature, The Scarlet Letter.

That’s where the similarity to Hawthorne’s book ends, however. After the colonists are attacked by members of the Shawnee tribe, they ditch their raft and take refuge in an abandoned camp in the middle of the woods, which just so happens to have a group of cabins.

Even though it appears as if the former residents disappeared under nefarious circumstances, this doesn’t deter Smythe from wanting to make this his new home, despite the warnings from their mystic Leah (Karlene Crockett), who is known as the “Queen of the Forest” because of her supernatural abilities. There is something horribly wrong with the trees surrounding the encampment, so that even the local Native Americans refuse to set foot on the tainted land.

Meanwhile, Marion is tracking the good Reverend down so that he can win his wife back and reclaim his family. Eventually, he catches up with them but only to find that the adults are becoming possessed and the children are being abducted by demonic forces.

Now, the film has clearly entered into Sam Raimi Evil Dead territory with Marion taking on the role of Ash Williams as he tries to save everyone from a fate worse than death.

Crounse has high ambitions for his movie, which tries to transcend run-of-the-mill genre efforts. At times, the special effects are less than desirable but he has managed to give audiences a unique take on tired tropes. Eyes of Fire isn’t going to win any awards but if you are looking to be entertained and you enjoy venturing into offbeat and unusual worlds, then put this film on your watch list. 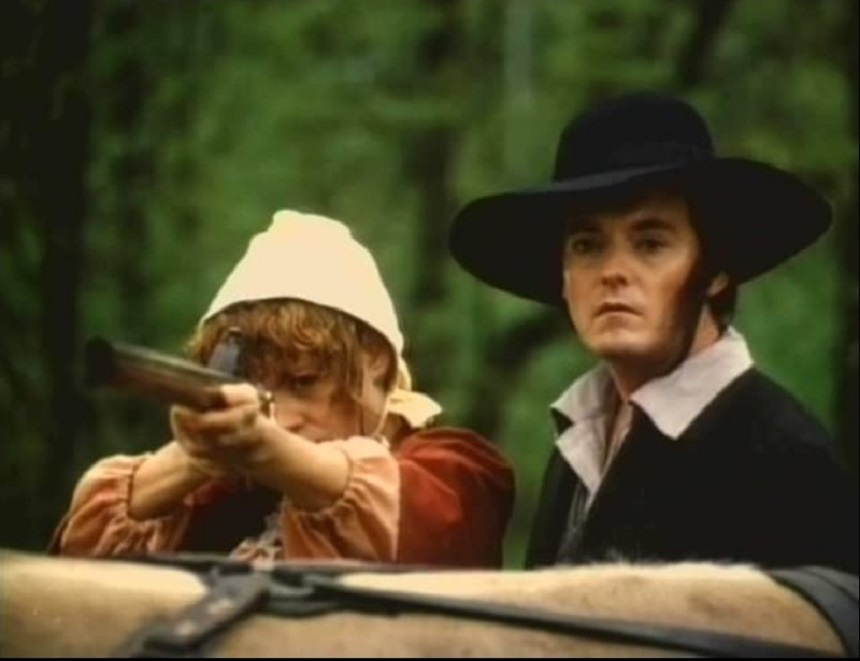 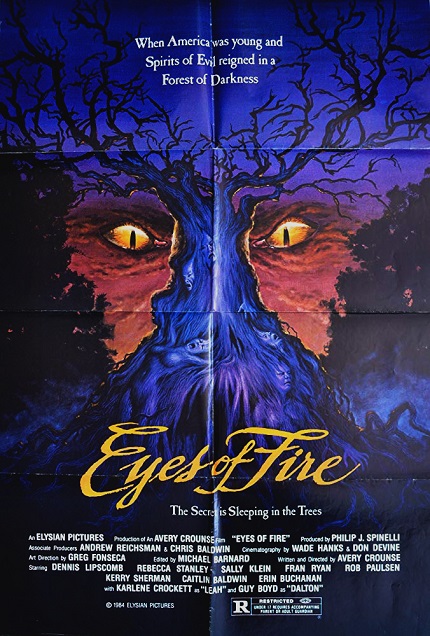 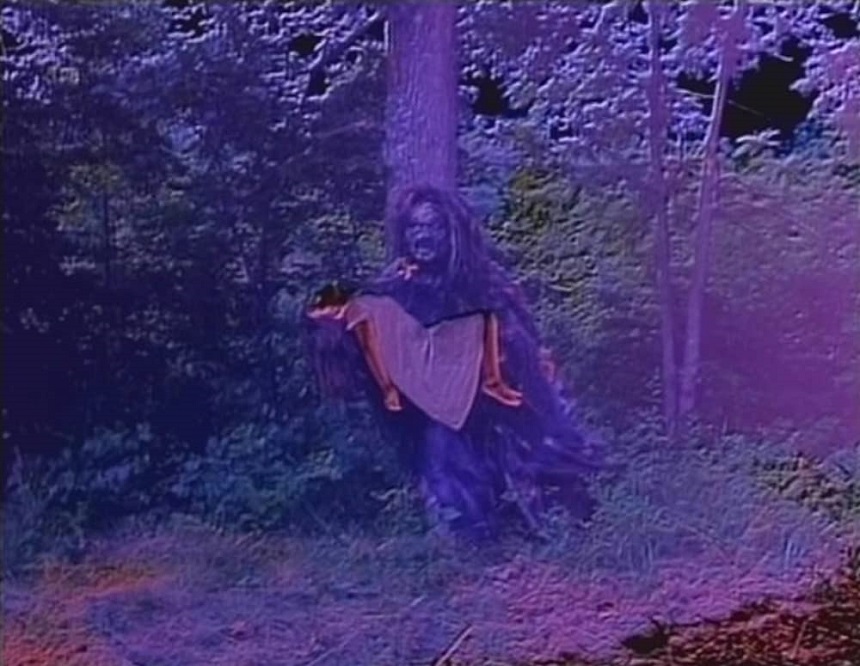 More about Eyes of Fire