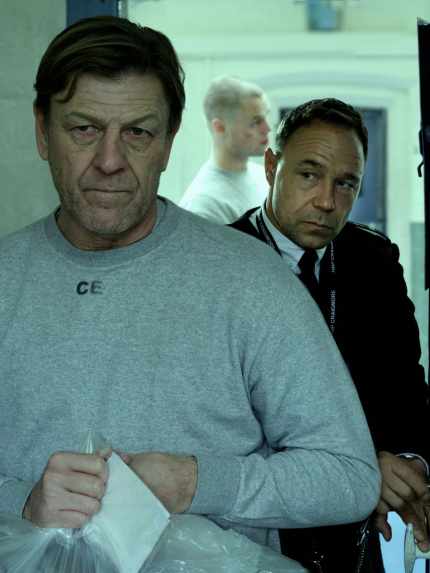 Do you prefer outer space adventure or realistic prison drama? Or both?

Blake's 7
All four seasons of the 52-episode series are now streaming on BritBox. I've seen the first two episodes.

Made on location in Liverpool, England, Blake's 7 strikes me as a refreshingly lo-fi sci-fi adventure, even if it was first broadcast by BBC beginning in 1978.

George Lucas' Star Wars may have introduced the idea of a science-fiction space opera to millions of people worldwide, but for me, an American kid, it was the culmination of several years of reading and watching everything vaguely 'science fiction' that I could get my hands and eyes upon. The series was not available to watch in the U.S. until some years later, but I could easily imagine that the show would have been fascinating to watch in the late 70s, especially as Hollywood science-fiction movies grew increasingly stilted as they endeavored to be taken seriously.

Created by Dr. Who veteran writer Terry Nation, four seasons were made and broadcast between 1978 and 1981, consisting of 52 episodes, all of which are now available to watch on BritBox. I've only watched the first two episodes, set hundreds of years in the future under a totalitarian regime. Roj Blake (Gareth Thomas) is the hero, the leader of a rebellion which seeks to overturn the dominant regime, which leaves him alive only in the hope of discrediting his reputation so as to permanently quash the rebellion.

Even in just two episodes, I'm already caught up in the struggle. True, my eyes are often distracted by the obviously low-budget production values and cheap special effects. Still, the narrative is sufficiently strong to pull me along. Together with the fine performances by an experienced cast, this points the way forward for independent filmmakers today.

The lesson I have learned so far? Focus on the things you can control -- the story and the characters -- and make them as compelling as possible. Viewers will put up with cheap special effects and dodgy production values only if you give them a reason to watch.

The series fits in well with many other BritBox offerings. I subscribed to the service only to watch the most recent Line of Duty, a top-notice crime thriller, but since that season concluded, I've been watching a mixture of favorites from the past (Fawlty Towers), older shows that I never got a chance to see (As Time Goes By) and more recent crime-thriller shows (The Victim).

Recently, I've been absorbed by a show billed as a BritBox Original co-production.

Over the years, it seems that the majority of prison shows focus on characters who have been convicted through a miscarriage of justice and are now fighting for their freedom. But what if the primary character is convinced of his guilt and views his imprisonment as a proper penalty for his wrongdoing?

Mark Cobden (Sean Bean) knows that his wrongful actions led to the death of an innocent person. He knows that he deserves to be imprisoned for his crime, even though his actions have already put his troubled marriage on hold and his prison sentence will separate him from his beloved teenage son, as well as his beloved parents.

Accepting the facts, Mark believes he is ready to accept his fate, viewing his prison sentence as proper punishment, welcoming the overwhelming guilt that he feels for the crime he has committed. He is not ready, however, to deal with the grim reality of the prison system, especially in view of the privileged life he has led as a longtime schoolteacher and the relative bliss of his life as a married man with a devoted son and supportive parents.

In contrast to Mark's life as a prisoner, in which he reflects upon his past and comes to grips with his future, Eric McNally (Stephen Graham) is a supervising guard at the prison who has a still-loving wife, though his son has pursued an illegal lifestyle and been imprisoned as a result. Eric must deal with the daily pressures of prison, constantly restraining himself in order to be just and merciful toward his generally ungrateful charges, while simultaneously consumed with worry and fear toward his son.

Knowing full well what his son must face, Eric seeks to lessen his dangers, putting his prospects ahead of his own, as all fathers and mothers do. Because of his position as a prison guard, though, Eric must wrestle with troubling temptations.

Playing out at a measured pace, a wave of tension constantly besets each man as they wrestle with their demons. Who will win? Really, who could possibly "win"? It's not a matter of winning, so much as it is a question of survival, and at what cost.

Both Bean and Graham give superbly controlled performances, suggesting well the surging emotions that each must deal with every day. The three-episode series feels like a ticking time bomb that never goes off. 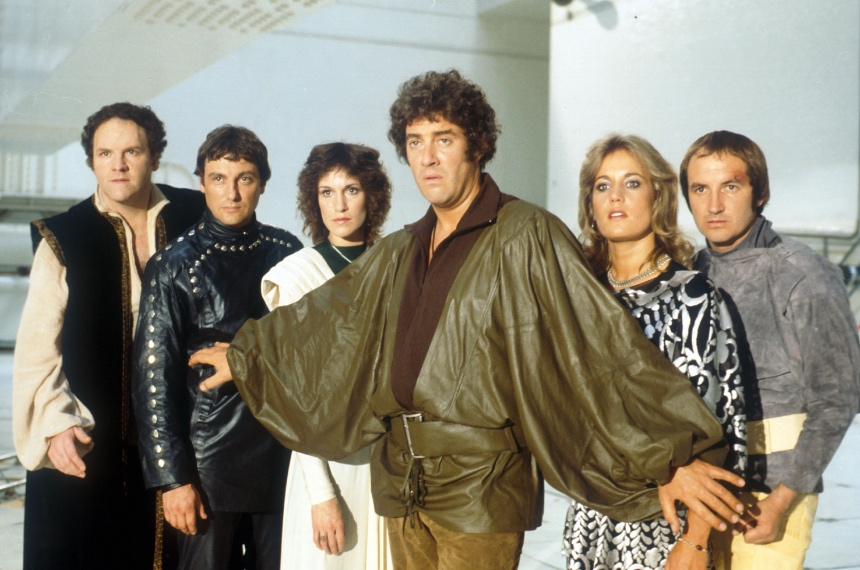 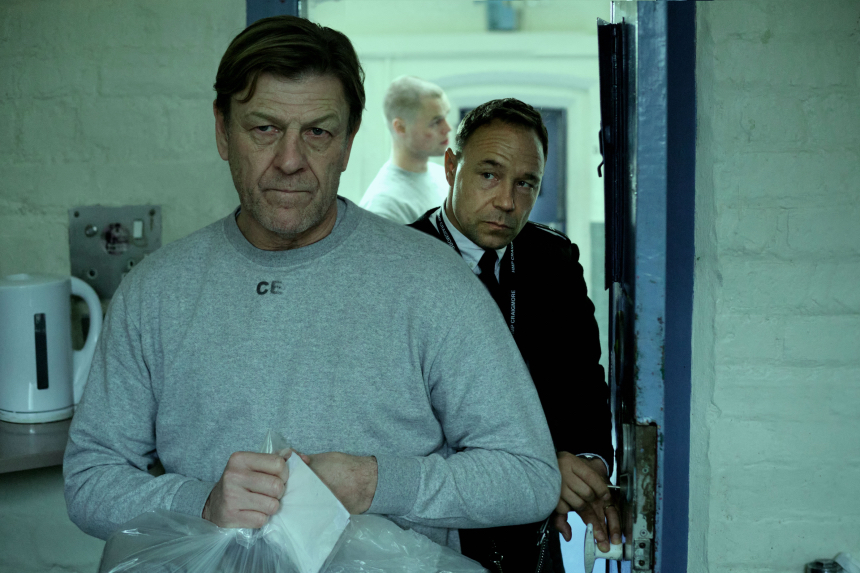 Do you feel this content is inappropriate or infringes upon your rights? Click here to report it, or see our DMCA policy.
BBCBritBoxprisonscience fictionSean BeanStephen GrahamUK