Serbian director Srdjan Dragojevic satirizes capitalism through religion in a dark comedy with a surreal kick. 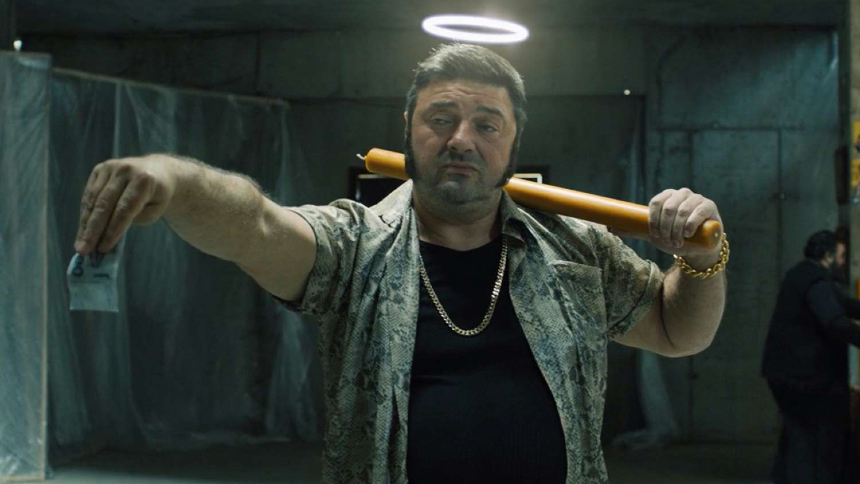 Serbian director Srdjan Dragojevic introduced his latest work Heavens Above in the International Competition at the Locarno Film Festival. The dark comedy is a triptych of stories mapping the transition from communism to capitalism in the Balkan region (neither Serbia nor Yugoslavia are explicitly mentioned, though the localization of the story can be easily identified) through religious motifs.

Inspired by short stories by French author Marcel Aymé, Heavens Above firstly follows Stojan, a simple and humble man living in a ramshackle house with a domineering wife and a young daughter. Stojan's life takes a bizarre turn when he ends up with a bright halo after a bathroom accident. As a proud ex-communist, the situation confuses him and he tries to hide the crown like an ashamed child.

After his wife finds out, she hatches a scheme on how to get rid of the unwelcome gift that is gradually making her inept husband an object of veneration in the village. A marathon of sinning is supposed to wipe the symbol of purity off Stojan's head. A string of grotesque scenes in the slapsticky vein of a folk comedy grows a satirical sting.

Stojan starts losing all boundaries and living a high life of sin and no consequences with an accelerating pace. The fable of a holy fool sees a monster emerge triggered by carnal and material stimuli. Ironically enough, the ceaseless sinning boosts Stojan's upward mobility, as the village idiot ascends through career and social ranks.

The second episode centers on a mentally impaired Gojko, for whom the first encounter with a cell phone becomes a moment of reverie. He becomes persuaded that a saint can communicate with him through the artifact, an object he becomes obsessed with. Gojko goes into a frenzy to be able to cradle the apparatus and sing the holy melody which is the ringing tone. 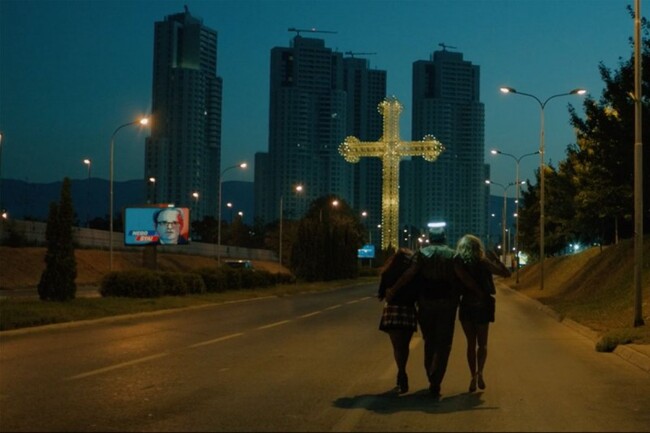 The holy fool with childlike behavior faces the death penalty in front of a firing squad for his transgression, with a twist more bizarre than a halo that drives a harmless person to a career of a violent gangster. As a matter of fact, Stojan is at this point a prison warden where Gojko is bound to meet his fate, as the storyline jumps from the 90s era to the period of the early naughts.

Fast forwarding, the last story is set in the near future, where Gojko is reborn as yet another type of holy fool. He is a wandering eccentric painter living like a bum until his insipid paintings start to feed masses, providing nourishment just by staring at them. Stojan's wife and a daughter appear as their roles and social statuses shifted with Stojan bowing in a crowning achievement of the proverbial move from zero to (anti)hero.

Dragojevic translates the laborious and confusing moments of the shift from communism to capitalism that took many people in the Eastern European region by surprise and to which many have not yet managed to adjust. The film employs miracles as a plot device and religion as a social coping mechanism of sorts. Dragojevic's primary ambition is not to pillory religion, although caricatures of hypocritical and greedy clerics abound.

Heaven's Above is not a satire of religion; quite the contrary, the film utilizes religion as a mirror to draw parallels with capitalism as the two systems share similar principles. Religion has been used and abused for centuries for the personal profit of a few at the expense of the masses.

Only after twisting the religious principles in many transgressions, Stojan starts to enjoy the cornucopia of earthly and carnal delights. Impostors and con-artists do the same in the capitalistic system, turning swindles and corruption into viable business models. 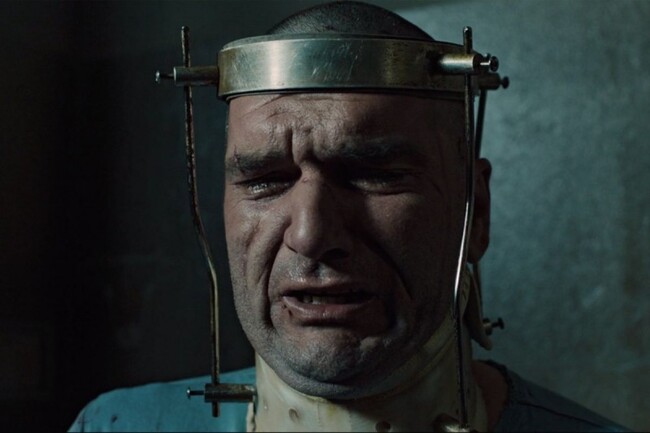 Dragojevic takes all the disillusionment of the working classes -- as he considers himself a filmmaker for the working-class audience, though not resorting to the populist cinema -- and distills it into a sardonic, cynical, and slightly surreal kick in a gut. Heavens Above has the recognizable Balkan temperamental and raw force where nothing is sacrosanct.

Although domestic abuse and the implication of rape appear, the director stays alert not to let it slide into a tasteless gag. Short of a political revolt, Heavens Above remains in the similar playing field of dark comedies such as Miroslav Momčilović's Death of a Man in the Balkans.

Hardly blasphemous, Heavens Above eschews the doom and gloom of typical social realistic drama of the Eastern European cinema. Even though Dragojevic's oeuvre is a critique of capitalism and consumerism, the film is a rowdy comedy of manners, a satire with gusto, less bittersweet and more a nihilistic farce.

Do you feel this content is inappropriate or infringes upon your rights? Click here to report it, or see our DMCA policy.
Locarno 2021SerbiaSrdjan DragojevicGoran NavojecKsenija MarinkovicNatasa MarkovicComedyDramaFantasy