Rotterdam 2021 June Part Review: THE DAY TODAY Fast-forwards To The Past

Maxence Stamatiadis' debut film is a low-budget but heartfelt verité play on the doppelgänger theme. 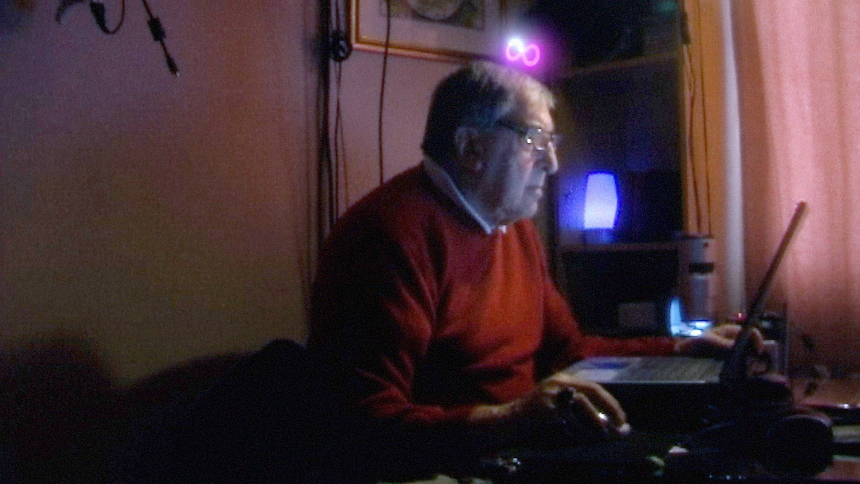 One of the world premières this year at the International Film Festival Rotterdam was Maxence Stamatiadis' The Day Today (original title Au Jour d'Aujourd'Hui), an intriguing little science fiction film which starts slow, but manages to elegantly get some points across regarding grief and memories.

The film starts in 2013 and shows Suzanne and Edouard, an elderly couple living in France. Trying to keep up with the times, both dabble in the new technologies. Suzanne plays with mobile phones and social networks, Edouard plays violent videogames and writes online essays in which he shares some VERY dark thoughts. Then, one day, Edouard dies. The film fast forwards to 2024, where Suzanne, now almost 90 years old, pines away in loneliness and memories. Then, an online advert catches her eye: a company creates robotic copies of deceased loved ones, with looks and personalities based on all available information about that person. Suzanne decides she wants a copy of Edouard, and enlists.

In the beginning, Suzanne feels uncomfortable with the new Edouard, as the differences with the real one are more apparent than the similarities. But robot Edouard slowly but surely grows into his role, as the company downloads more and more found data into him. Unfortunately, their programming isn't flawless, and a bug allows the new Edouard to read online what the previous Edouard wrote...

Those who want to see a spectacular android apocalypse had better (re)watch Westworld, The Terminator or I, Robot, as The Day Today is a tonal and conceptual opposite to those films. At just under 70 minutes, the film isn't long, yet as leisurely paced as watching a photo album. Much of the footage is handheld, low-quality video, and whenever any out-of-the-ordinary action is called for, it happens offscreen. Some clever uses of sparse special effects make the film look slightly more polished than a holiday video, but not much. "Wowing" an audience obviously isn't the goal of director Maxence Stamatiadis. The focus is here on Suzanne, who learns to fool herself into getting attached to a flawed simulacrum, even while the viewer notices danger developing.

Getting attached to Suzanne is the trap set for the audience. In his début feature, writer-director Maxence Stamatiadis doesn't seem interested in telling a finished story in a package with a bow on top. Instead, you're made to think about what having Edouard back actually means for the world of Suzanne. His film isn't exactly a riveting watch, but several shots or ideas keep coming back to me, even weeks afterwards. Should I try to preserve feelings in an object? The film leaves that question open...