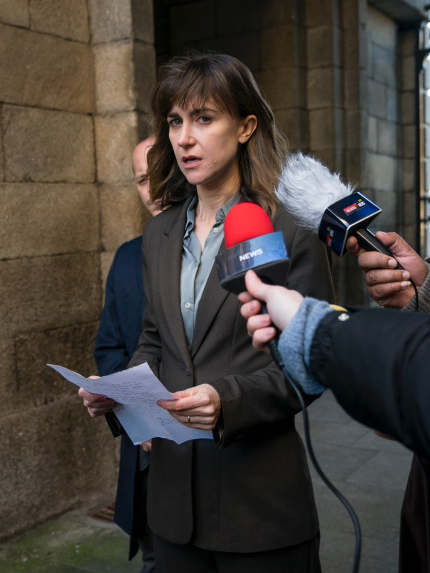 In praise of brevity.

Good news! You don't need to have watched Season 1 of Innocent in order to plunge deeply and immediately into the compelling narrative that is quickly established in Season 2. Advantage: anthology series!

In the opening moments of the first episode, former schoolteacher Sally Wright (Katherine Kelly) is freed from prison after serving five years for the murder of a former student, a teenage boy, which she has always steadfastly denied. She returns to her hometown, filled with simmering rage.

Her husband Sam (Jamie Bamber) divorced her after she was convicted and is now planning on wedding his girlfriend Karen (Priyanga Burford), with whom he has endeavored to build a new life, along with Karen's teenage daughter Beth (Amy-Leigh Hickman). In fortitude or foolishness, though, Sally fully intends to pick up where she left off, before all that she held dear was stolen from her.

While Sam expresses a degree of remorse to Sally -- he believed she was guilty, he says, but new evidence has completely exonerated her -- Karen, Beth, the murdered boy's broken parents, primary witness Anna Stamp (Ellie Rawnsley), and, indeed, the entire town, remains convinced that Sally must be guilty. She now faces a series of unyielding obstacles.

Since Sally was cleared of the murder charge, a new investigation begins, under the direction of an out-of-town force who move to town. DCI Mike Braithwaite (Shaun Dooley), himself still a grieving husband and parent, leads the investigation. Fresh to all the facts and evidence, his team quickly unearths many clues, as well as possible suspects who were all ignored after the local police force concluded that Sally had committed the crime.

Creators Matthew Arlidge and Chris Lang develop good twists on the general theme of "innocence." Sally has been proven innocent in a court of law, but not in the eyes of her neighbors. In the dramatic role, Katherine Kelly is emotionally porous, struggling to contain her anger, which flares up without warning. That's understandable, though, as is the atmosphere of rage and injustice in which the townsfolk have been cooking.

They drew conclusions and made assumptions, based upon a false premise, and now who wants to unpack all of that? It's staring in Sally's face, every day.

On the face and person of DCI Mike Braithwaite, we see grief personified. Shaun Dooley shows how his character must have come to grips with his grief to a point that he can keep on living, without forgetting his lost wife and daughter.

In both cases, the grief and anger is palpable, adding sharp edges to a murder mystery that occasionally reaches too far in order to bring the case to a satisfying conclusion. In the end, though, it is Sally and Mike, and the exquisitely haunting performances by Katherine Kelly and Shaun Dooley, who infuse the mystery with a sense of lingering melancholy. 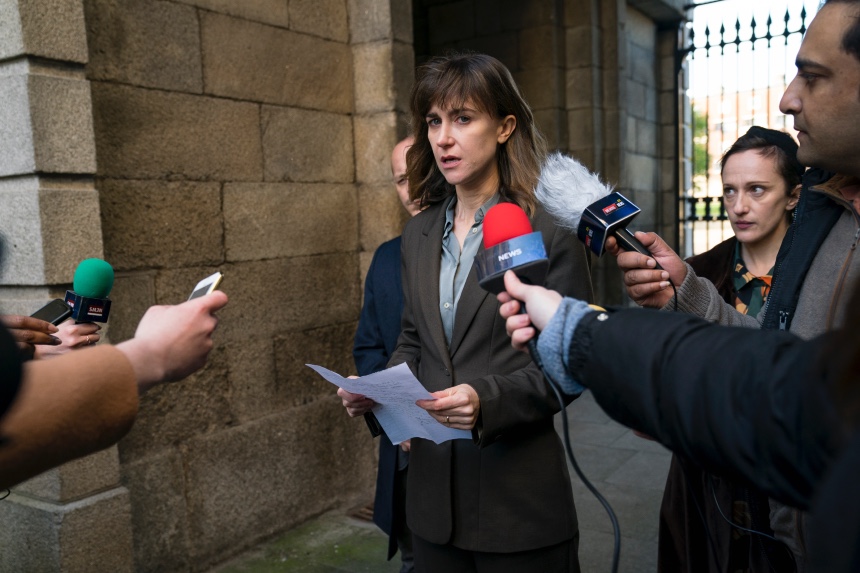 Do you feel this content is inappropriate or infringes upon your rights? Click here to report it, or see our DMCA policy.
Jamie BamberKatherine KellyPriyanga BurfordSundance NowUK