Shudder in June: CAVEAT, THE AMUSEMENT PARK and SUPERDEEP Kick Off Summer of Chills

We're just over a week away from the kick-off of a Summer of Chills over at Shudder. Here is a reminder of what is coming in June, and let us tell you it will be a great month for horror fans.

First of all, the originals premiering this month are all top shelf. June kicks off with Caveat then the recovered Romero film The Amusement Park, followed by Superdeep, An Unquiet Grave and ending with Canadian horror comedy Vicious Fun.

But do not discount the additions to the Shudder library this month either. There's Refn's Neon Deamon, the daddy of all zombie movies Night of the Living Dead, Clint Howard in Evilspeak, the awesome Kiwi horror comedy Housebound, Isaac Ezban's sci-fi horror The Similars, our own Zach Gayne's thriller Homewrecker, and Steven Kostanski's horror flick The Void. Don't rule out the back catalogue!

Everything you need to know about June's program is in the gallery below. 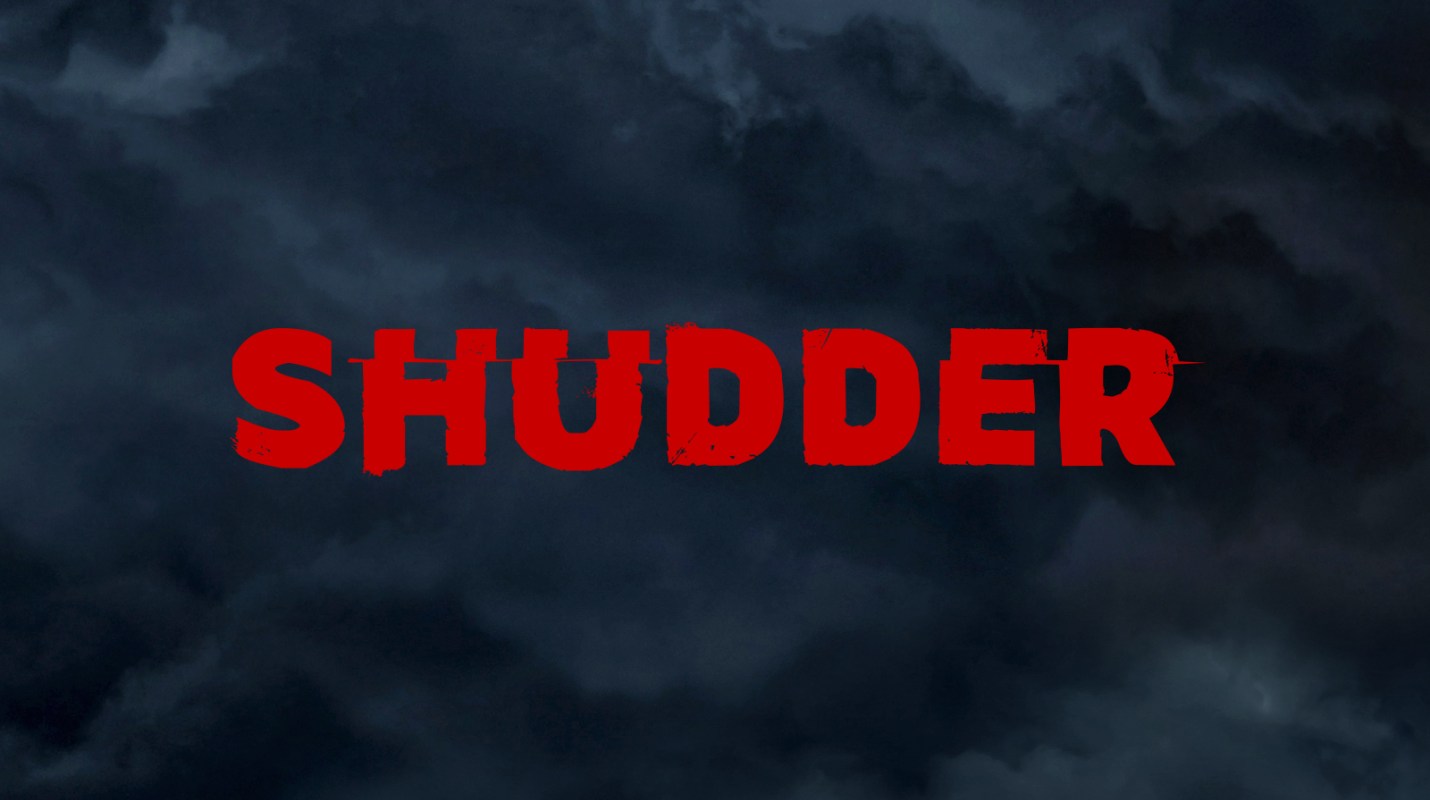 Lone drifter Isaac accepts a job to look after his landlord's niece, Olga, for a few days in an isolated house on a remote island. It seems like easy money, but there’s a catch: he must wear a leather harness and chain that restricts his movements to certain rooms. Once Olga's uncle Barrett leaves the two of them alone, a game of cat and mouse ensues as Olga displays increasingly erratic behavior as a trapped Isaac makes a series of horrific discoveries in the house. Directed by Damien Mc Carthy. Starring Jonathan French, Leila Sykes and Ben Caplan. 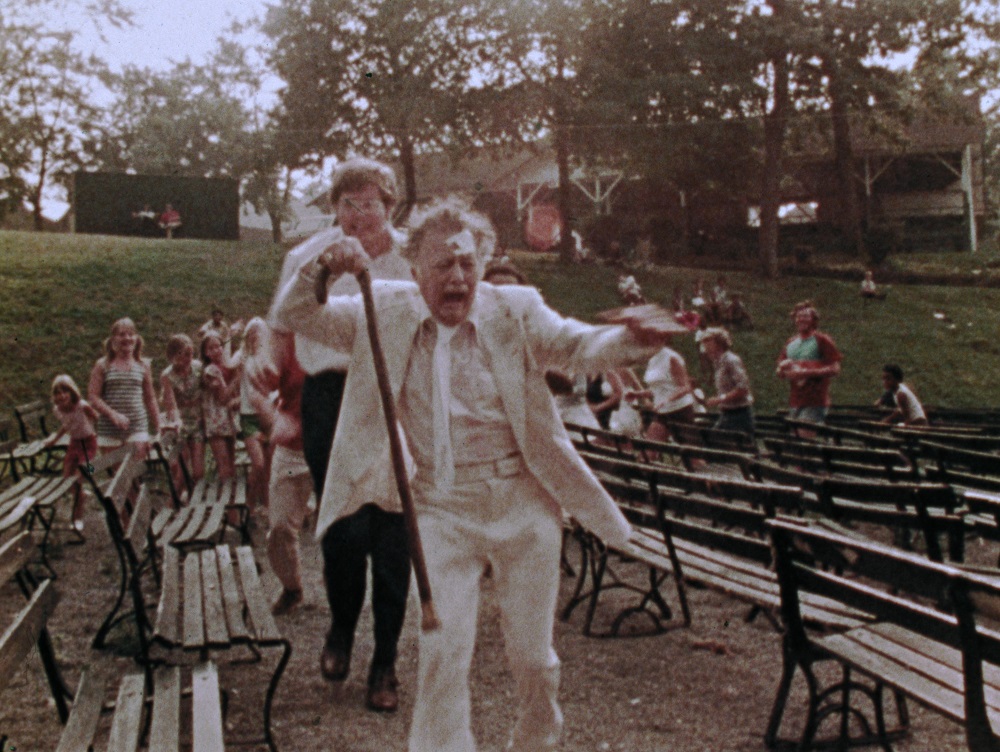 Recently discovered and restored 46 years after its completion by the George A. Romero Foundation and produced by Suzanne Desrocher-Romero, director George A. Romero’s The Amusement Park stars Martin’s Lincoln Maazel as an elderly man who finds himself disoriented and increasingly isolated as the pains, tragedies and humiliations of aging in America are manifested through roller coasters and chaotic crowds. Commissioned by the Lutheran Society, the film is perhaps Romero’s wildest and most imaginative movie, an allegory about the nightmarish realities of growing older, and is an alluring snapshot of the filmmaker's early artistic capacity and style and would go on to inform his ensuing filmography. The “lost” film was restored in 4k by IndieCollect in New York City.

The Kola Superdeep borehole is the largest Russian secret facility. In 1984, at the depth of more than 7 miles below the surface, unexplained sounds were recorded, resembling the screams and moans of numerous people. Since these events, the object has been closed. A small research team of scientists and military personnel had gone down below the surface to find out the secret that the world's deepest borehole was hiding. What they have found poses the greatest threat that humanity has ever faced. Now the future of the world is in their hands. Directed by Arseniy Sukhin. Starring Milena Radulovic, Sergey Ivanyuk, Nikolay Kovbas, Kirill Kovbas and Nikita Dyuvbanov. 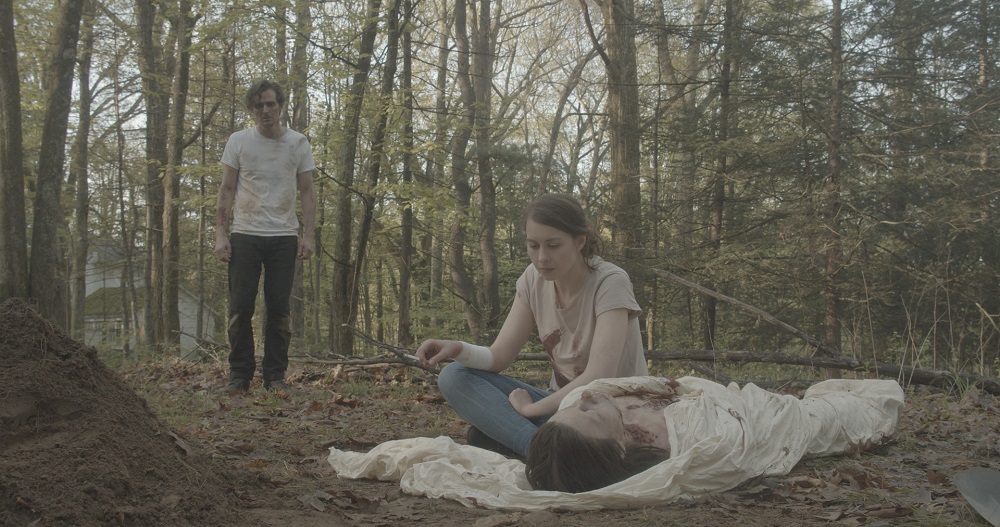 A year after losing his wife in a car crash, Jamie convinces her sister, Ava, to return with him to the site of the accident and help him perform a strange ritual. But as the night wears on, it becomes clear that he has darker intentions. An Unquiet Grave is an exploration of grief, and the harm we cause when we don’t take responsibility for our own healing. Directed by Terence Krey. Starring Jacob A. Ware and Christine Nyland who also co-wrote the film. 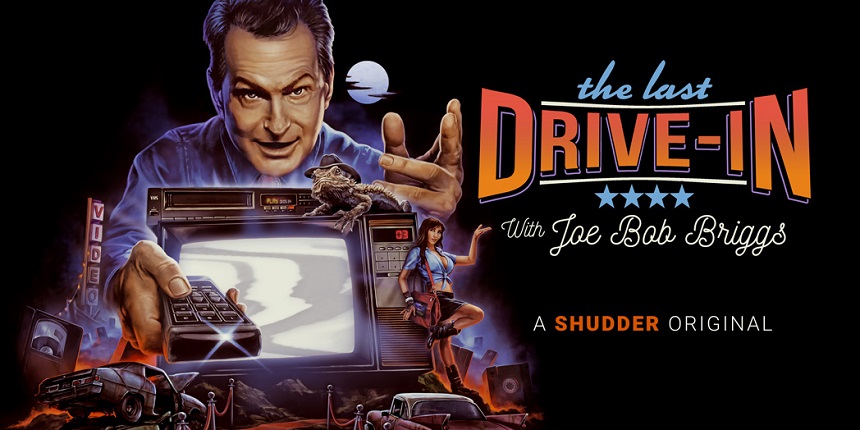 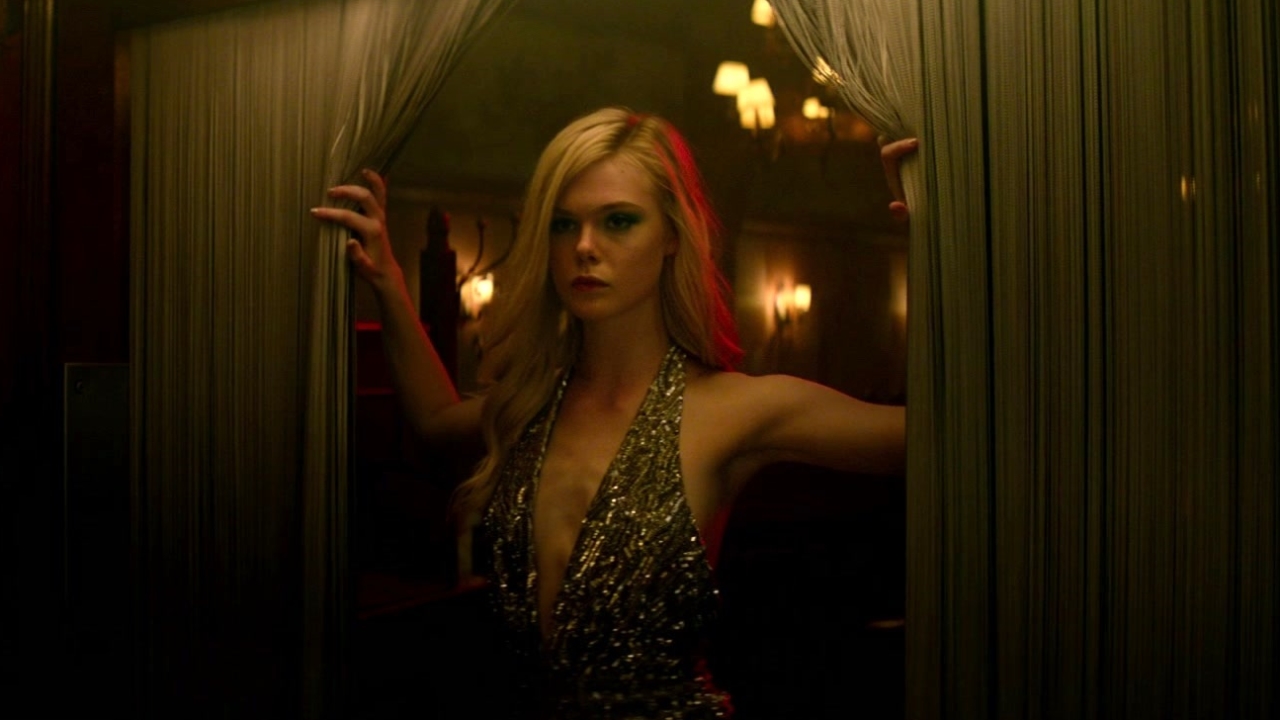 Burn, Witch, Burn! (Available on Shudder US and Shudder CA) A woman who may be a witch defends her husband from forces attempting to harm him.

The Neon Demon (Available on Shudder CA) An aspiring model, Jesse, is new to Los Angeles. However, her beauty and youth, which generate intense fascination and jealousy within the fashion industry, may prove themselves sinister.

Thirst (Available on Shudder US and Shudder CA) Hulda is arrested after being accused of murdering her brother. After she is let go because of insufficient evidence, she meets Hjörtur, a thousand-year-old gay vampire. Together they have to fight a cult while being investigated by a rogue detective.

Rift (Available on Shudder US and Shudder CA) Two men in a secluded cabin are haunted by their dead relationship.

Night of the Living Dead (1968) (Available on Shudder US, Shudder CA, Shudder UKI and Shudder ANZ) A ragtag group of Pennsylvanians barricade themselves in an old farmhouse to remain safe from a horde of flesh-eating ghouls that are ravaging the East Coast of the United States.

Reunion (Available on Shudder US and Shudder CA) A pregnant woman returns to her recently deceased grandparents' old family home to spend time with her estranged mother. What begins as a tenuous reunion slowly turns terrifying.

Beyond the Door III (Available on Shudder US and Shudder CA) An introverted American student travels to Yugoslavia as part of a school trip to witness an ancient pagan ritual with a deadly secret.

Monstrous (Available on Shudder US, Shudder CA, Shudder UKI and Shudder ANZ) A young woman goes searching for answers after her friend mysteriously vanishes in Whitehall, New York, an Adirondack town known for its Bigfoot sightings. She quickly learns that an evil more sinister than she could ever imagine is hiding in the woods.

The Retreat (Available on Shudder US, Shudder CA, Shudder UKI and Shudder ANZ) A man finds himself alone and lost after a horrifying encounter with a monster during a backpacking trip into the Adirondack High Peaks. Now, he must fight for his life, and sanity, as he battles the evil Native American legend, The Wendigo.

Evilspeak (Available on Shudder US and Shudder CA) An outcast military cadet taps into a way to summon demons and cast spells on his tormentors through his computer.

Wolfcop (Available on Shudder CA) As a series of strange and violent events begin to occur, an alcoholic policeman realizes that he has been turned into a werewolf as part of a larger plan.

Another Wolfcop (Available on Shudder CA) Alcoholic werewolf cop Lou Garou springs into action when an eccentric businessman with evil intentions seduces Woodhaven's residents with a new brewery and hockey team in this outrageous horror-comedy sequel.

Housebound (Available on Shudder US and Shudder CA) A young woman is forced to return to her childhood home after being placed under house arrest, where she suspects that something evil may be lurking.

The Similars (Available on Shudder US and Shudder CA) On the rainy night of October 2, 1968, eight people waiting in a remote bus station for a bus heading to Mexico City start experiencing a strange phenomenon.

City of the Dead (Available on Shudder US, Shudder CA, Shudder UKI and Shudder ANZ) A reporter and a psychic race to close the Gates of Hell after the suicide of a clergyman caused them to open, allowing the dead to rise from their graves.

Homewrecker (Available on Shudder US and Shudder CA) Two women befriend each other, but one becomes obsessed with the other. 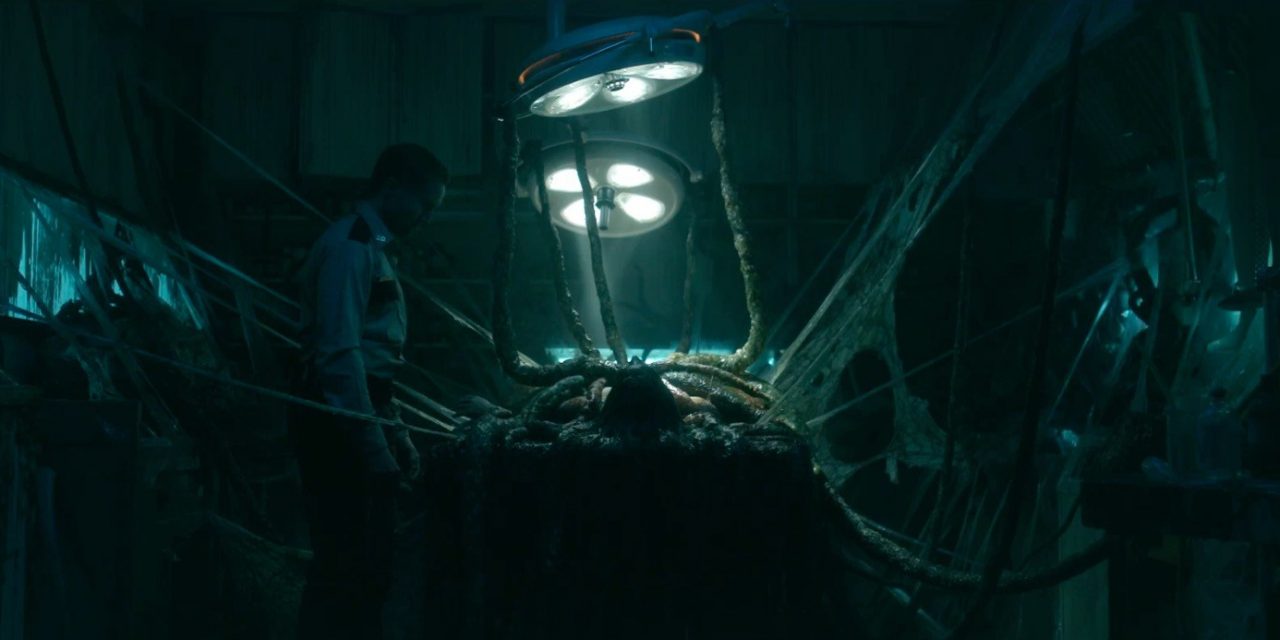 I Remember You (Available on Shudder CA) A young man and two women move into a small, abandoned town in Iceland to renovate an old house. Little do they know the town has a dark history.

The Void (Available on Shudder CA) Shortly after delivering a patient to an understaffed hospital, a police officer experiences strange and violent occurrences seemingly linked to a group of mysterious hooded figures.

Coherence (Available on Shudder CA) Strange things begin to happen when a group of friends gather for a dinner party on an evening when a comet is passing overhead.