Angelina Jolie stars in an action-thriller, directed by Taylor Sheridan, now in theaters and streaming on HBO Max in the U.S. 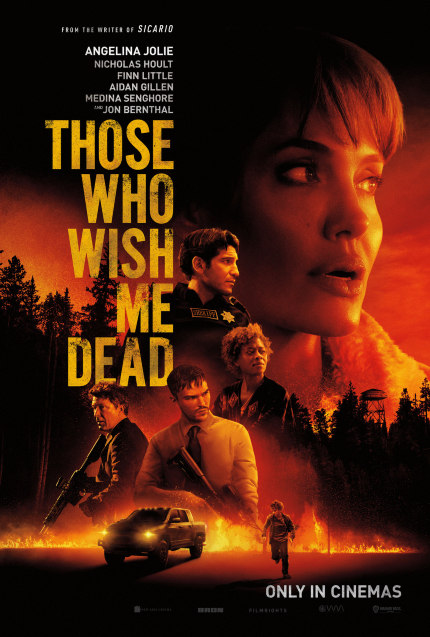 Back in the day, no less than Smokey Bear warned TV watchers around the country to “Remember … Only you can stop forest fires.”

While “wildfires” replaced “forest fires” in ads not that long ago, the message remains the same: We, all of us, are the stewards of the national and state forests and parks, but where Angelina Jolie’s latest mid-budget actioner, Those Who Wish Me Dead, is concerned, Smokey Bear has been relegated to an invisible, background character, silently judging everyone involved for treating CGI-aided wildfires as entertainment fodder. Morality aside, though, Jolie continues a two-decade-long streak as a more than credible action-hero, delivering just the right mix of camp-free gravitas with the balletic physicality that has defined at least part of her career.

Those Who Wish Me Dead, however, splits its focus between Jolie’s character, Hannah Faber, a Montana-based smoke-jumper/firefighter with PTSD and guilt issues over an egregiously erroneous call that led to the deaths of three children sometime before the central events in Those Who Wish Me Dead begins, and Connor Casserly (Finn Little), the 12-year-old survivor of a horrific roadside attack by father-and-son hired killers, Jack (Aidan Gillen) and Patrick Blackwell (Nicholas Hoult). Conner’s father, Owen (Jake Weber), a forensic accountant fleeing a vaguely defined criminal conspiracy, doesn’t make it to the other side of the attack, leaving a desperate, frightened Conner to flee on foot into the forest where he eventually — and all too coincidentally, one of many that tend to undermine Those Who Wish Me Dead’s entertainment factor — crosses paths with a lone, lonely Hannah quietly keeping guard over the forest in a standalone watchtower.

Their encounter, however, doesn’t happen until well past the 40-minute mark. Before then, co-writer and director Taylor Sheridan (Wind River, Hell or High Water, Sicario) takes an unhurried, leisurely approach to story and character, broadly outlining Hannah’s background, personality, and glimmers of an interior life, establishing Hannah as an over-familiar character desperately in need of the redemption arc that Conner will conveniently provide once they cross paths and join forces against the twin dangers of the Blackwells and an out-of-control wildfire started by the Blackwells to flush Conner and Hannah out of the forest while keeping the locals preoccupied with getting the wildfire under control.

Sheridan gives the Blackwells plenty of screen time to engage in their specific brand of murderous mayhem, though Sheridan repeatedly fails to give them any depth. They’re typically ruthless, sadistic killers, eliminating both their intended victims and innocent passerbys without pause. They’re meant to represent something primal, something elemental in human nature, not far from the destructive wildfire they both start and eventually can’t control. At times, though, Sheridan strips the Blackwells of a few, crucial IQ points, just enough to allow the heroes to escape their latest trap and allow the plot to move towards the eventual trial-by-combat (and fire) between the personifications of good and evil.

Those Who Wish Me Dead gives the forces of relative good several more allies, including Ethan Sawyer (Jon Bernthal), Hannah’s ex and a local sheriff, and Allison (Medina Senghore), Ethan’s wife and a survivalist without apparent equal. At times, Those Who Wish Me Dead feels overstuffed, following too many characters and too many subplots, especially during the post-Hannah-meets-Conner part of the film, before finally rounding up the survivors for a battle royale as the not-unexpected wildfire threatens to make their individual conflicts completely moot.

As expected, Jolie handles the action-oriented scenes with the same energy, commitment, and dedication that she gives dramatic, awards-seeking roles. Even slightly de-glamorized as she is here, Jolie is still more than credible as a smoke-jumper turned action-hero. Once Jolie-as-Hannah leaves her personal issues behind and embraces her newfound role as Conner’s protector, savior, and mother figure without reservation, it’s difficult, if not impossible, not to root for Hannah to defeat both the Blackwells and the wildfire with the sheer force of her will. If that’s not an exercise in raw star power, it’s hard to know what is.

Those Who Wish Me Dead opens in select theaters today (Friday, May 14), and is also now streaming on HBO Max in the U.S. for the next 30 days. 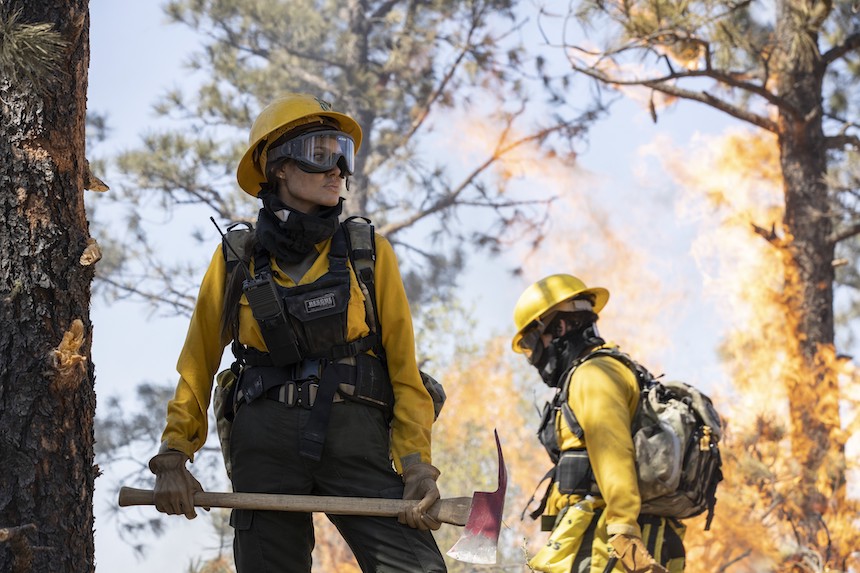 Do you feel this content is inappropriate or infringes upon your rights? Click here to report it, or see our DMCA policy.
Aidan GuillenAngelina JolieJake WeberJon BernthalNicholas HoultTaylor SheridanThose Who Wish Me Dead