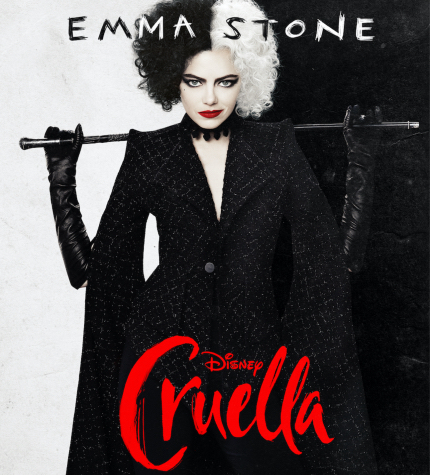 Leave the Dalmatians, get the fashion sense.

Cruella (2021)
The film opens in theaters on May 28 and will also be available to stream on Disney+ with Premier Access.

Emma Stone narrates with a pronounced faux-aristocratic tone, recapping the highlights of her childhood with her beloved mother. Born with a mop of hair that is evenly divided between black and white (?!), young Estella is an irrepressibly independent child who is irresistibly drawn to becoming a clothing designer. Her sense of style and fashion inevitably bring her into conflict with school authorities, though her mother remains staunchly defensive of her impulses, whether creative or rebellious.

Estella faces a major bump in the road when she loses her mother, a tragic event that defines her life. She blames herself for what happened, and flees to London, where she meets two fellow orphans, Jasper and Horace, who adapt her into their fleet-fingered criminal family, together with her loyal dog. Ten years pass before young adult Estella (now played by Emma Stone) secures entry-level employment at a department store, thanks to Jasper (Joel Fry), which then becomes her gateway to meeting and impressing the legendary couture designer known as The Baroness (Emma Thompson) with her off-kilter fashion sense, leading to the balance of the story, with all its many twists, turns, and comic thrills.

Deftly staged by director Craig Gillespie and elegantly photographed by his I, Tonya cinematographer Nicolas Karakatsanis, the early sequences establish a swinging tone that flies by in a flash and fits the period setting, starting with a childhood in the 1960s and young adulthood in the 1970s. The setup allows time for Estella to gain experience in life and decide what she is willing to do in order to achieve her goals.

It also gives Emma Stone a marvelous opportunity to flex her ample artistic muscles, as she delivers all the clever dialogue with razor-sharp comic timing and brings out her character's darker shadings with great warmth and feeling. We gain a fine sense of who she is as a person, and what makes her tick.

The balance of the cast precisely hits all the notes they are given to play. Emma Thompson clearly relishes the chance to portray a true psychopath, lacking any empathy whatsoever, yet smiling like a fiend and speaking every word as though it were her last. Also to be enjoyed for bringing subtle flecks of subtle grace into their characters are Joel Fry (as Jasper), Paul Walter Hauser (intentionally broad as Horace), and Mark Strong (as John the Valet), who plays someone with a potent presence, even though he is largely silent.

What makes all this possible is an incredibly good and sincerely humorous screenplay credited to Dana Fox and Tony McNamara (who collaborated on the script for Emma Stone's The Favourite), based on a story credited to Aline Brosh McKenna, Kelly Marcel and Steve Zissis. (And, of course, all this is based on a novel by Dodie Smith, which was first published in 1956 and made into an animated Disney comedy in 1961, later remade and sequel-ized.)

The multitude of writers could suggest too many cooks, but the rich and varied broth on display reminds me that Blazing Saddles credited no less than five writers. Gillespie and his behind-the-camera creative collaborators draw upon the material's framework to fill many sequences with hidden delights, LOL moments that nearly always pay off in a delightful manner.

Filled to be overstuffed as it may initially appear, all these elements are assembled and parceled out wisely so as to appeal to a wide audience, while remaining true to the story's dramatic underpinnings and lighthearted family requirements. More like this, please. 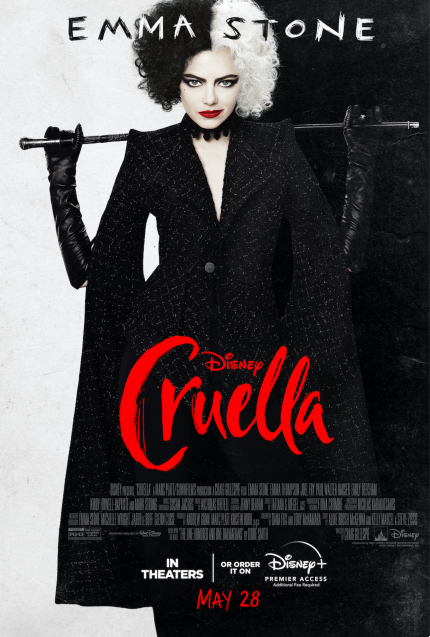