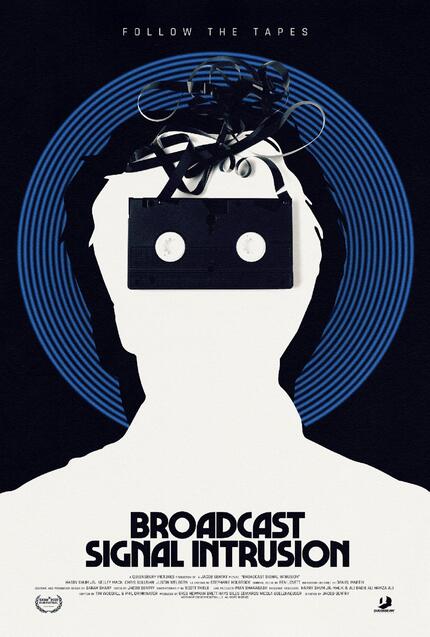 There's something about the unexplained and seemingly unexplainable that can turn the most rational person into a conspiracy theorist when they start to look too closely at details that were never meant to be put under a microscope. In Jacob Gentry's Broadcast Signal Intrusion, video archivist James (Harry Shum, Jr.) in the late '90s loses himself in a mystery that turns out to be more sinister than he ever could've imagined when he stumbles across an odd snippet of disturbing video while working. Tumbling down a conspiratorial rabbit hole, James bounces from one clue to the next, all the while bringing this increasingly macabre puzzle closer and closer to a personal tragedy that leaves him unable to walk away.

Inspired by the pirate broadcast signal intrusions of the '80s and '90s, Gentry's film imagines a deep well of evil and violence behind what was largely a showcase for misanthropic hackers with too much time on their hands. By positing a scenario in which this particular brand of civil disobedience – breaking into TV broadcasts with eerie, cryptic messages – leads to an actual malevolent mastermind, Gentry taps into a rich history of similar conspiratorial cinema, but still seems to fizzle out in the end.

Shum's James is a man mourning the loss of his wife, who'd disappeared a few years before the events of the film unfold. Coping by burying himself in a job that practically necessitates isolation, James leaves himself largely closed off to the outside world, but open to focus a tremendous amount of time and energy to this mystery that has him rapt. Curiosity quickly turns to mania, which rapidly turns into a full blown obsession, especially when he begins to connect these pirate broadcasts to a series of missing women, laying bare his own open wounds regarding his missing and presumed dead wife.

Broadcast Signal Intrusion indulges in a very particular brand of late '90s introvert nostalgia. Most of James's research comes from primitive capital-I Internet bulletin boards, (BBS), a kind of safe space for social outcasts who found comfort in anonymously connecting with other outcasts of similar ilk. This leads him from one early internet sleuth to another, each of grungier than the last, in search of answers. One such comrade is a manic-pixie-hackergirl named Alice (Kelly Mack), who leads him even further down the rabbit hole – get it, Alice... – before abandoning him.

Overtly reminiscent of films like Brian de Palma's Blow Out, Antonioni's Blow Up, and especially Paul Schrader's Hardcore and Joel Schumacher's 8MM, Broadcast Signal Intrusion highlights director Gentry's obvious obsession with technology as a corrupting tool. Most famously, perhaps, embodied by his 2007 film, The Signal, in which a mysterious broadcast signal turns ordinary people into murderous beasts. In this case, technology isn't the direct evil, just the vessel that transmits the hidden villain's intentions to unsuspecting collateral victims without them realizing what's even happened.

From one seedy hacker den to another, Broadcast Signal Intrusion follows a well-trodden path for conspiratorial thrillers. Dim lighting, unkempt, unsociable borderline troglodytes, and walls plastered with photographs connected by thumb tacked-string populate the vast majority of the film, while an increasingly frenzied James alienates the few friends he's made along the way in the hunt for his truth.

However, it's not the sameness of the film that is it's ultimate undoing, it's the banality of the conclusion that lets it down. With all of the complex and convoluted plotting and ever-more sinister hinting toward a kind of criminal mastermind behind the intrusions, the ending falls a bit flat with a bit of a pedestrian anti-climax that betrays a ton of pretty cool buildup in an effort to wrap up quickly what could've been a really interesting story. Rather than a face-off worthy of the search, the finale is more of a shoulder shrug that is just O.K., which kind of bummed me out.

Broadcast Signal Intrusion has a lot going for it. An obviously committed performance from its lead, a solid layer of grit and crime across both its story and production design, and a largely compelling plot serve the film well right up until the final reel. It's just a shame that Gentry couldn't quite stick the landing, otherwise the film is definitely solid.