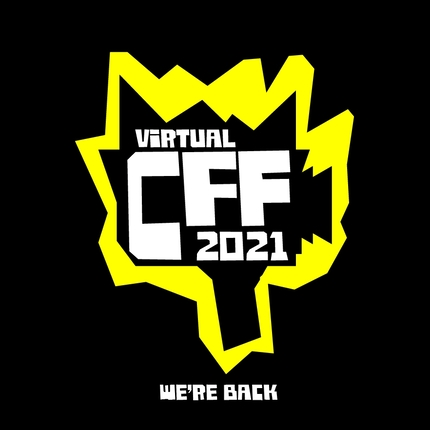 A year ago this month, as the world was settling into what would turn out to be a longer than expected pandemic nap, the future of film festivals was definitely in question. That's when the Chattanooga Film Festival stepped up to the plate and became the first major genre event to hold a fully virtual event, paving the way for the rest of the big boys and showing that the world didn't have to stop turning and that we could actually all stay close through these challenging times.

The Chattanooga Film Festival is back in 2021 with another fully virtual event scheduled from June 24-29th with feature films, shorts, and events including the world premiere of Onur Tukel's Scenes from an Empty Church in the opening night slot. Events featuring author Grady Hendrix and Clay McLeod Chapman will provide live entertainment, while Jacob Gentry's SXSW alum, Broadcast Signal Intrusion closes the fest. Check out the details below

SCENES FROM AN EMPTY CHURCH

Kicking things off opening night is the world premiere of Dark Sky Film’s SCENES FROM AN EMPTY CHURCH. Though audiences have already started to see films that take place during the pandemic or use the fear, loss of hope and isolation it has caused to inform their stories, no film has managed so brilliantly to ponder the long-term effects of Covid-19 on the human condition than this film. Director Onur Tukel also manages to find hope and humor along the way, and CFF is lucky to be able to set the tone for this year's festival with such a smart and important piece of filmmaking.

Jacob Gentry is a filmmaker whose work CFF programmers have been following ever since his SXSW screening of The Signal in 2007. Closing out this year is his newest film, BROADCAST SIGNAL INTRUSION. Gentry’s latest juggles genres with ease and will conjure up the same sort of mysterious and paranoid conspiracy-driven thrills as classic films like BLOW-UP and VIDEODROME while offering up truly nightmarish imagery sure to please horror fans.

Known for its events, the Chattanooga Film Festival will not disappoint in 2021 with both Clay McLeod Chapman and Grady Hendrix returning.

Clay McLeod Chapman, who was once referred to by The Scotsman as “Stephen King transmogrified into a post-punk preacher poet,” returns with another installment of THE PUMPKIN PIE SHOW: CHATTANOOGA STYLE:

From the ashes of the pandemic, one (virtual) rigorous storytelling session shall rise...

It's The Pumpkin Pie Show, the 25-year-old theatrical skull-hump, ready to present a fresh steaming batch of story-performances for your corn-holes and ear-holes. Join raucous raconteur Clay McLeod Chapman as he rips through stories of madness and perversion, served up with a smile... plus a bonus reading from Chapman's new novel Whisper Down The Lane.

Having previously wowed the CFF audience in 2018 with Paperbacks from Hell, Grady Hendrix is back for 2021 and will share his latest work in progress, WELCOME TO THE FINAL GIRL SUPPORT GROUP:

Bestselling author Grady Hendrix (Paperbacks from Hell, My Best Friend's Exorcism) welcomes you to a very special support group, so have a seat, coffee's in the back, and remember there's no cross-talk. Also, please remember that unless you’ve fed them through a wood chipper or burned them to ashes, the killer is never really dead! Prepare yourself for a therapy session from Hell all about slasher movies and murder books, ranging from the 19th century to the modern era, with all the astrological assassins, dope-dealing neo-Nazi bodybuilders, and primal hamster trauma that has turned every Olympic training camp, summer camp, sleepaway camp, and band camp into a killing ground for very slow-moving killers armed with extremely inefficient weapons.

The full lineup of features and events will be announced soon. Badges are on sale now at chattfilmfest.festivee.com for $65. Individual tickets for certain films in the festival's lineup will be available the first day of the festival. Opening and closing night films, the secret screenings and Welcome to the Final Girl Support Group will be open to badge holders only.

In a locked-down NYC, two priests open their church doors to those seeking salvation during the most isolating of times. From the commonplace to the truly metaphysical, their visitors reflect the full spectrum of personal crises of spirituality. Throughout their encounters with the city's sweetest, wildest and weirdest, the two priests learn the importance of connection, empathy and open-mindedness. Sometimes a little faith is all you need to make it through the bad times.

From writer/director Onur Tukel (Catfight), and featuring standout performances from Kevin Corrigan, Max Casella, and Thomas Jay Ryan, Scenes from an Empty Church is a uniquely timely and timeless spotlight on the search for life’s meaning, told with Tukel’s trademark wit and wisdom.

For three years, James (Harry Shum Jr.) has been haunted by his wife’s sudden and inexplicable disappearance. His best distraction is work—specifically, archiving old videos. While watching decade-aged TV news footage one night, he sees a video interference that’s deeply disturbing. And it’s not the only interference he’ll see. As his obsession over these strange clips increases, and he submerges himself into their mysteries, James discovers troubling connections to his missing wife. Which will these broadcast intrusions bring him, though: long-desired answers or a never-ending nightmare?