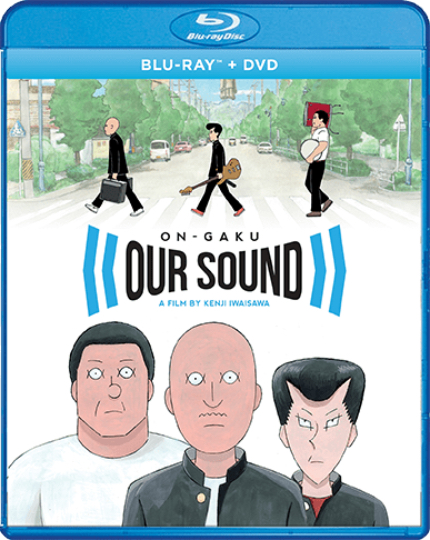 You talking to me?

On-Gaku: Our Sound
The film is now available on Blu-ray, DVD and various digital platforms from GKIDS/Shout Factory!

With its deceptively simple lines and boldly creative artistry, On-Gaku: Our Sound creeps up on viewers. It calls to mind Charles M. Schultz' comic strip Peanuts, an early trailblazer in newspaper 'funny papers,' in that its characters predominate over traditional expectations.

Nowadays, we often anticipate that animated motion pictures will feature lush, richly detailed and highly colorful backgrounds and characters who are animated in multiple dimensions. When combined with a winning narrative, this formula for success can sometimes achieve surprisingly satisfying results, as we have seen recently in Disney's splendid Raya and the Last Dragon, the first by the company to feature a Southeast Asian protagonist, drawing from a bountiful variety of Southeast Asian cultures and legends.

On-Goku: Our Sound stands in stark contrast to that approach. It features a lead character, Kenji (voiced by Shintaro Sakamoto), who is a po-faced sort of fellow who never shows his emotions on his sleeves, thinking long and hard about every decision, and never explaining himself. He has built a fearsome reputation in his neighborhood for his readiness to fight, together with his two closest associates, and does not exhibit any fear of anyone or anything else, be it a rival gang leader or an deciding to form a band, even though neither he nor his friends have any training or experience or proclivity toward music.

Instead, Kenji just decides one day that the three of them will start playing music, and so they "borrow" instruments from the school they ostensibly attend and begin banging away at the instruments, never mind that they have two bass guitars and have apparently never even listened to much music in the past. Their music sounds like stripped-down punk rock, reduced to its most primitive elements. Somehow, they book a gig at a local music festival, and then must play before their largest -- and first -- audience.

Animated almost entirely by Kenji Iwaisawa, the movie is a bent delight, though certainly not intended for broad audiences. That's what makes it special, kinda like an unknown opening act that somehow snuck onto the bill at a local club before the headliners. It feels like a personal discovery, with a very strong, independent spirit of abandon: 'Take me for what I am, or don't take me at all.'

The film is now available on Blu-ray and DVD, as well as various digital platforms from GKIDS/Shout! Factory. Disc extras include "The Making Of," behind the scenes footage, a live musical performance, short films by Iwalsawa, and more. For more information, visit the GKIDS official site, where the disc can also be purchased. 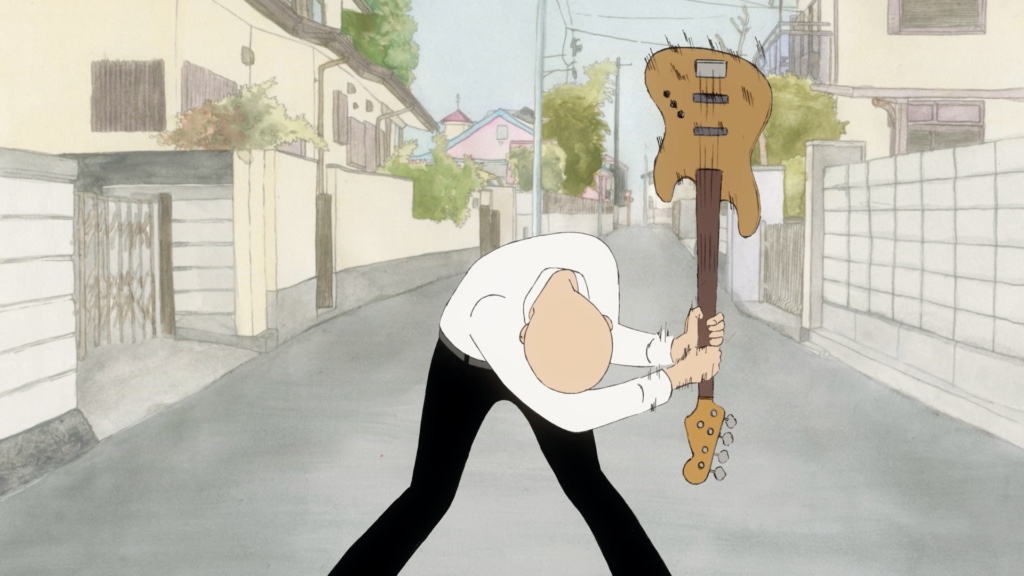 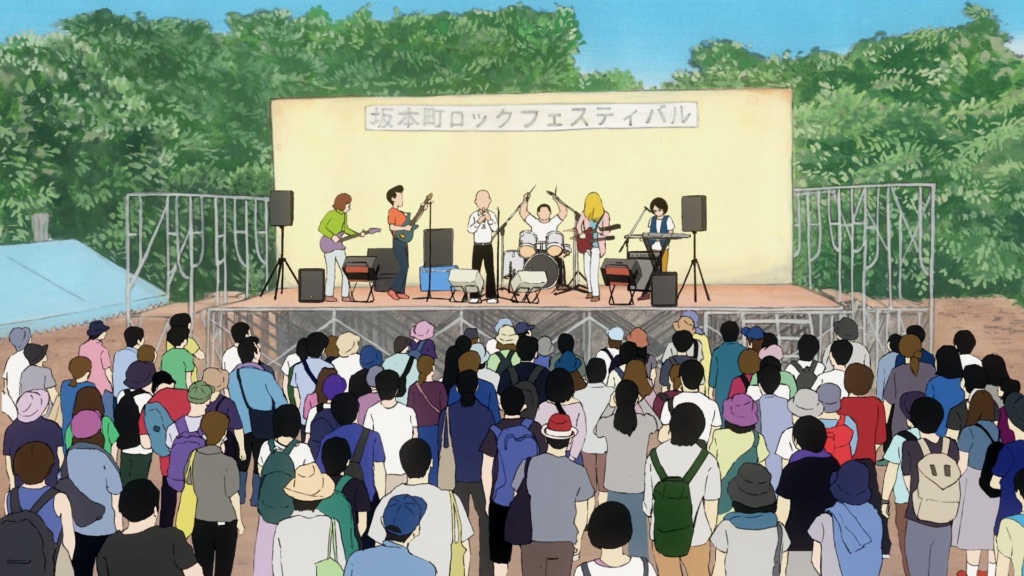