It's Spring in New York. It means it's time for Rendez-vous with French Cinema, the festival showcasing the best of what contemporary French cinema can offer. But this year, with all-virtual presentations due to the Covid-19 crisis, the festival is going beyond New York audience. So any lovers of French cinema in the US will have access to all the films presenting!

Without further a do, here are 6 films I was able to sample: 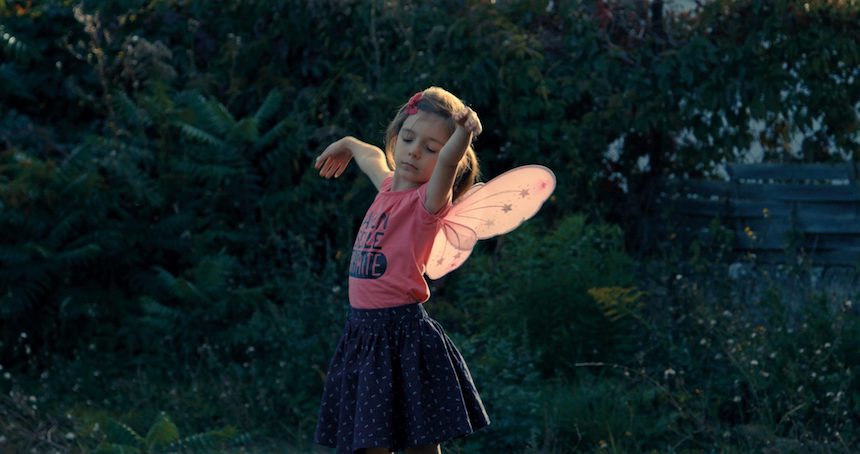 Sébastien Lifshitz, director of such queer art films as Come Undone and Wild Side, directs Little Girl, a poignant documentary on gender dysphoria- a feeling of distress that occur in people whose gender identity differs from the sex they are born with. The film concerns Sasha, a second grader who is having a hard time being accepted in school and the world as she was born as a boy but feels strongly about being a girl. It's a good thing she has a a very supportive family - parents and three siblings. First it's her mom who feels responsible because she wanted a girl when she was pregnant with Sasha as doctors assure her that her child's condition has got nothing to do with her wishes. The prejudices Sasha faces in school, by her principal and teachers make the little girl cry. She is also prejudiced in her ballet class as she is not treated as a girl. And it is heart wrenching to see the child cry in pain.

There are good moments as Sasha plays with her best friend Lola with bobbie dolls in her pink girly room, or her hanging out on the beach in cute bikinis she picked out. Children don't notice or don't care if Sasha is a boy or girl. It's the adults who are narrow minded. Why not let Sasha be what she wants to be, Lifshitz seems to say. As were his documentaries on LGBTQ pioneers in Les Invisibles and The Lives of Thérèse, Little Girl is a deeply humanistic look at people struggling with identity politics of the still rigid, dogmatic world. 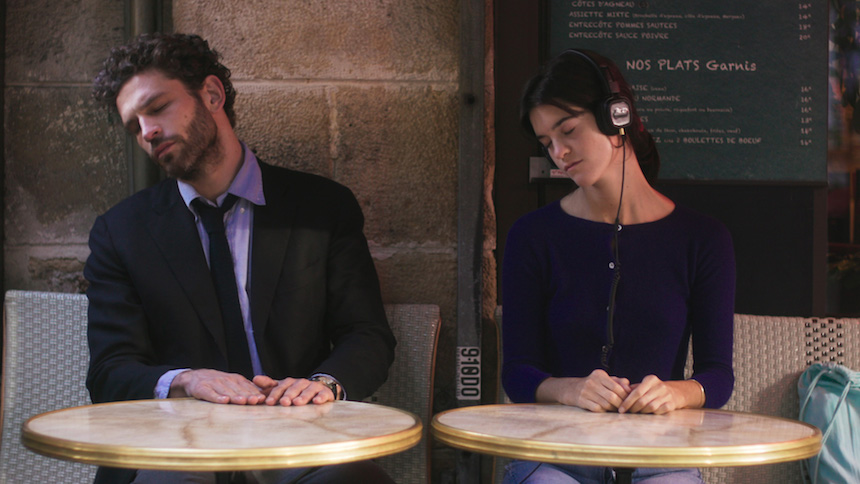 A lanky, shy high school student Suzanne (Suzanne Lindon) lives comfortable life in a middle-class Parisian household. But she is bored of her school-home-school routine and feels no kinship among her peers. All that changes when she meets a dashing stage actor (Arnaud Valois) who is rehearsing a play in her neighborhood.

Lindon, 18 year old daughter of French cinema staple Vincent Lindon and Sandrine Kiberlain, makes a directorial debut and also plays the main role of a 16 year old high schooler in this delicately observed, sensitive love story, not predicated by its initial a school girl and an old man set up. It is refreshing to see love and mutual understanding not playing out in flesh but in choreographed dances and movements while not losing true to being a teenage girl crushing on the idea of a man, love and life. 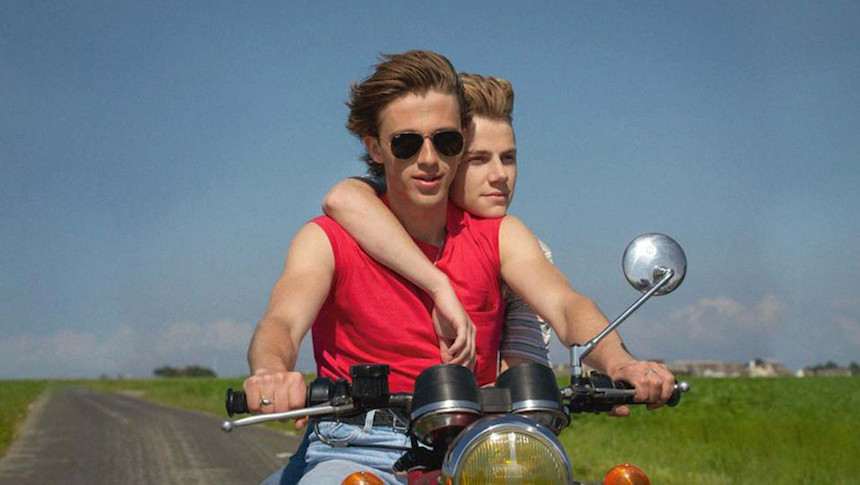 François Ozon is back in his old naughty self and I welcome it. In its pure Ozonian set up, a young man retracing his steps in police custody, we are led to believe that the film is about a murder mystery. Alex (Félix Lafebvre) experiences near drowning after his stolen boat capsizes at sea and rescued by David (Benjamin Voisin). They strike up a friendship. David, slightly older, takes the lead in the relationship, taking Alex on his motor bike to dangerous adventures. He is everything Alex wants in a best friend and more.

Taking on a British YA novel Dance on My Grave from the 80s, Summer of 85 invokes the innocent times before the AIDS crisis and harkening back to his more salacious, hormone overloaded earlier works that he is known for. Summer of 85' is a delicious, erotically charged period piece filled with colors and pop songs and a top tier Ozon. 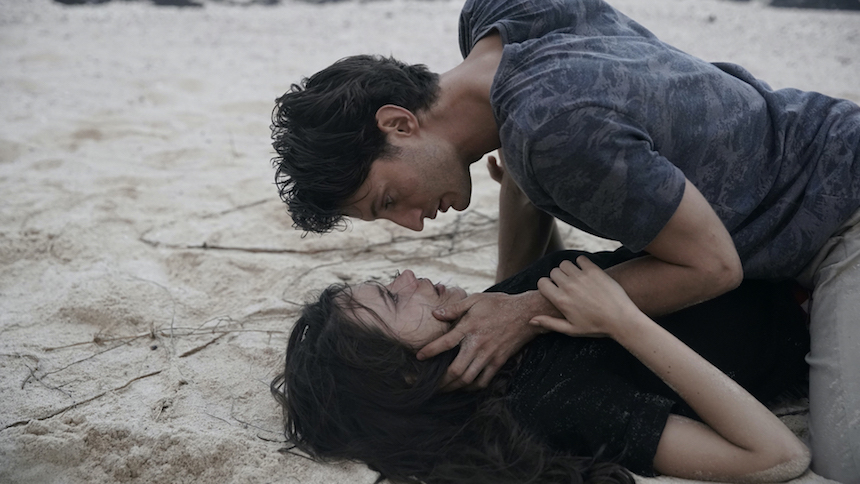 A sleek noir thriller from veteran director/actor Nicole Garcia. Lisa (Stacy Martin) and Simon (Pierre Niney) are young lovers in Paris. Simon is a high society drug dealer and Lisa, a hospitality management student working various jobs. They get separated when one of Simon's clients die of an overdose and he has to leave the country.

Some years have passed, and Lisa is married to a Swiss businessman Léo (Benoit Magmiel) who travels all over the world for his corporate insurance jobs. When they are vacationing in a fancy Indian Ocean resort, Lisa and Simon (now working as a tour guide) reunite by chance and rekindle their first love and passion. After they return to snowy Geneva, they continue to see each other under the nose of Léo. Things go wrong, as they always do.

The strength of Lovers is in its casting. Two attractive leads, Niney and Martin both possess fatalistic beauty and fit the roles of ill fated lovers like gloves. Also Niney's fawny figure and face are steep contrasts to aging bear actors (Magmiel and Grégoire Colin, who plays Simon's brother, both aging and becoming more and more like Gerard Depardieu everyday). Considering Magmiel and Colin were once young and angular heartthrobs, I wonder what's going to happen to Niney ten years from now. 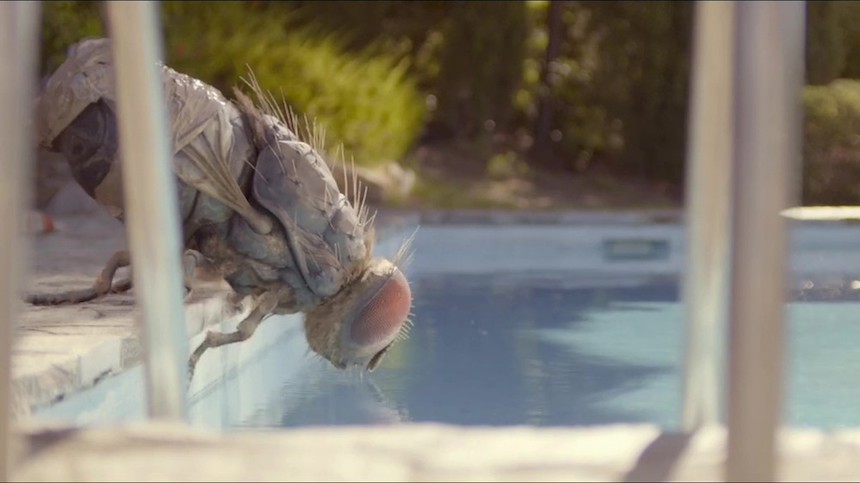 Two ne're-do-well man Manu (Grégore Ludig) finds a giant fly in the trunk of an old Mercedes he just hotwired for a delivery job. With his buddy Jean-Gab (David Masais), the duo comes up with a brilliant plan- they will train the fly to grab the stuff they want, like money or food, whatever they desire. It will be like a thief drone. So starts another absurd comedy from the maker of Rubber, Wrong Cops and the last year's Deerskin. Dupieux doesn't seem to have any problems attracting top French female talents to have his silly vision realized. It was Adèle Haenel (Deerskin), now it's Adèle Excharpoulos (Blue is the Warmest Color), albeit in a small role as Agnès, who had brain damage from a skiing accident and can't control the volume of her voice.

The case of mistaken identity, babes on a Summer vacation, a school of red herrings/mcguffins plague this film. Think of Mandibles as a lazier French Big Lebowski where things amount to nothing but a chuckle. 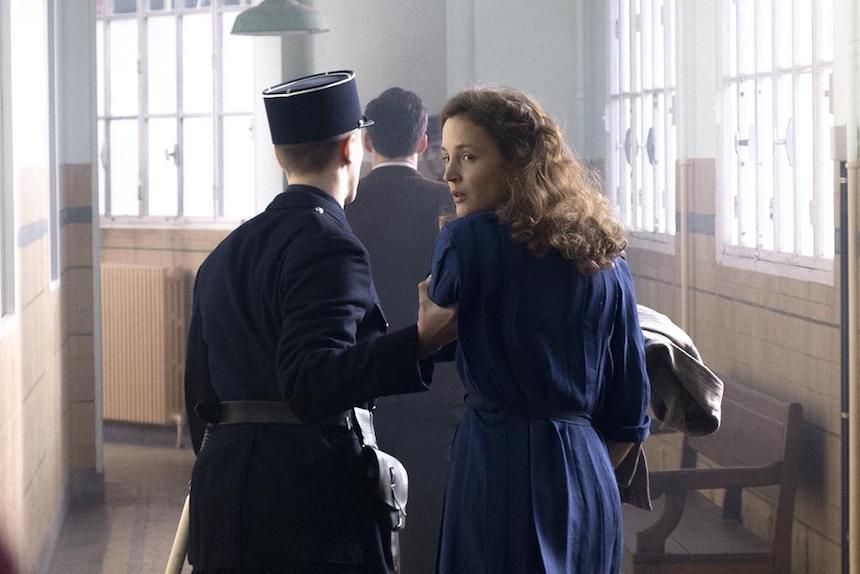 A rousing period romance taking place in Algiers in 1950s, Faithful features Vincent Lacoste (Sorry Angel, Eden) and Vicky Krieps (Phantom Thread) as members of communist party who takes up armed struggle against occupying French military. It's a little on the nose in terms of dialog - they openly 'speak their minds' and clash with their political beliefs when they first meet in Paris. Born in Algiers, Fernand (Lacoste) is all about being communist and defending his country from France. Hélèn (Krieps), a Polish immigrant, has a different opinions about communism. But they fall in love and move to Algiers with Hélèn's teenage son in tow. Fernand's devotion to the cause and dangerous political activities threaten their daily lives. Fernand gets caught when he plants a bomb at Algerian Electricity and Gas Company where he works as an engineer. And the unjust military courtroom drama ensues.

Faithful is a handsomely made political intrique that exposes the shameful chapter of French history, implicating Mitterrand's role in the execution at the gallows of hundreds of Algerian citizens.

Do you feel this content is inappropriate or infringes upon your rights? Click here to report it, or see our DMCA policy.
Rendez-vous with French Cinema 2021