Joel Kinnaman leads the cast in the second season of the alternate-history series, now streaming on Apple TV+. 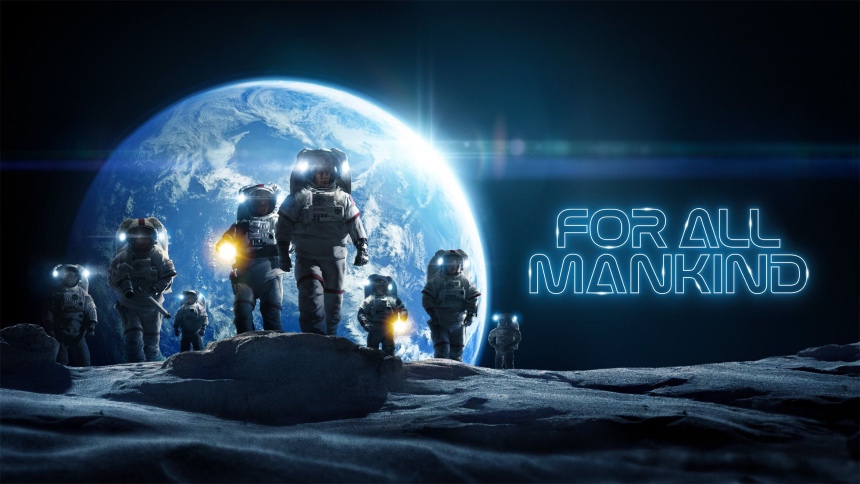 For All Mankind
All 10 episodes from Season 1 and the first episode of Season 2 are now streaming on Apple TV+. New episodes will become available every Friday in succeeding weeks.

As a lapsed space fanatic with a deep appreciation for thoughtfully considered speculative fiction, For All Mankind holds an intrinsic fascination for me. Yet even for those who do not share this particular passion, nor have seen any previous episodes, the second season provides an inviting entry point.

Launching as one of the first dramatic series on the brand-new Apple TV+ streaming service in November 2019, the first season quickly established its premise: what would have happened if the so-called 'space race' between Russia and the United States had never ended? Beginning with the Russians beating the Americans to the moon in 1969, the ten episodes laid out how world events might have changed over the next several years.

Leaning heavily into melodramatic territory, which were sometimes clumsily handled, the series moved forward at a decent clip, though it occasionally stood still for reasons that escaped me. (I binged the series last month, while also watching The Right Stuff on Disney+, which adapted Tom Wolfe's book about the early days of the U.S. space program, a series that leaned even further into melodrama, but at a snail's pace.) When it was good, though, For All Mankind was very good, benefiting from a raft of strong performances, notably Joel Kinnaman as stern yet kind astronaut Edward Baldwin, a leader if ever there was one.

Now Baldwin returns in a new leadership position, where his first scene reminds that Kinnaman is a wonderful actor, deftly able to reveal multiple levels of his character's personality. The first episode, written by Ronald D. Moore (Star Trek, Battlestar Galactica, and Outlander), who created the series with Matt Wolpert and Ben Nedivi, introduces the characters returning from the first season -- not everybody survived -- as well as the new season's initial, monumental crisis.

It's a great episode, one that serves all its various and potential constituents (viewers) well. The time jump allows the characters a chance to reinvent themselves; they've either matured their old personalities or developed new traits that suggest unfamiliar narrative wrinkles may be explored. The variations in the alternate timeline -- Ronald Reagan is elected as U.S. President in 1976, for example, four years earlier than our timeline -- allows for unexpected ramifications.