It's been 20 years since New Zealand’s Zoë Bell arrived in Los Angeles, California, trying to take her stunt double career to another level.

Originally from Waiheke Island in New Zealand, Bell enjoyed physical activity from a very young age, including heights and speed. According to her mother, a trampoline she received when she was two years old was instrumental in discovering her passion. Eventually, during a sabbatical after high school, Bell turned her attention to stunts, heroic and necessary work, but dangerous and unappreciated as well.

The series Xena: Warrior Princess, which ran from 1995 to 2001, is the most important production Bell worked on in New Zealand: she was the stunt double for lead actress Lucy Lawless from 1998 to 2001.

As can be seen in the valuable and emotional documentary Double Dare, the end of Xena: Warrior Princess brought uncertainty to the young stuntwoman. Unemployed and seeking an opportunity away from home, Bell found a mentor in Hollywood: veteran Jeannie Epper, part of a legendary stunt family and stunt double for Lynda Carter in the Wonder Woman series from the seventies.

Bell was able to audition, by the hand of Epper, for a highly anticipated project: Kill Bill, then the return after six years of absence of perhaps the most popular and influential of the American directors who emerged in the nineties: Quentin Tarantino. The rest is history.

In the years after her iconic collaboration with Uma Thurman, Bell managed to establish herself in Hollywood and built a multifaceted career. The first huge tribute to stunts Tarantino did, Death Proof, meant for Bell her first important role as an actress: a film version of herself, naturally this role also allowed her to shine more than ever as a stunt double. The car chase sequence is the antithesis of CGI and remains one of the best in film history. Bell on the hood of the Dodge Challenger evoking Vanishing Point is incredible.

Among the films starring Bell are his collaborations with director Josh C. Waller: Raze, a collection of fights to the death between women, and Camino, a survival thriller.

Also, the New Zealander hasn't abandoned her work behind the scenes. On the contrary, little by little she has evolved. She has being a producer and in 2019 took an important leap forward with Tarantino's second tribute to stunt doubles, Once Upon a Time… in Hollywood, for which she coordinated the stunts of a millionaire production for the first time. This progression is what stunt doubles look for when they reach a certain adult age, generally men are more likely to achieve it.

In 2021, Zoë Bell's name appears everywhere in the credits of Nick Sasso’s Haymaker (now in theaters and VOD). The charismatic New Zealander has a small role, coordinated the stunts, was an executive producer and directed the second unit.

Two decades after her arrival in Hollywood and on the occasion of Haymaker –a romantic drama about the relationship between a Muay Thai fighter (Sasso) and a successful trans singer (Nomi Ruiz)–, I interviewed Bell. We talked about such topics as her desire to direct, her life reflections in times of pandemic, and the possible retirement of Tarantino.

ScreenAnarchy: You had several roles in the production of HAYMAKER. What do you think this project represents for the evolution of your career?

Zoë Bell: I think it’s probably quite symbolic. In the last couple of years there’s been a shift for me, where things have started to amalgamate a little bit, instead of being only a stunt person, or only an actress, or only a producer. But there’s always been a little bit of a mixing of all of that.

I don’t know how my career kind of switched across a couple of departments; I actually really enjoy it that way, I love the collaborative experience, I really enjoy being kind of across the board, but my next endeavor is directing.

Haymaker was probably a step closer to directing. Nick (Sasso) and I had lots of conversations about it. There was just a freedom on that shoot to explore those sides, with Nick and for Nick. I think it’s very representative of my personal nature.

So you’re planning to direct feature films in the near future?

Absolutely, that is the plan. I’m repped by CAA and that’s what this year is all about: establishing me as a director and finding my first feature... and then world domination after that!

What type of films would you like to make?

It’s being a really interesting process exploring what kind of movies I would be interested in helming. Probably somewhere in the action comedy genre.

I want to bring back buddy cop movies. You know of those movies that existed in the eighties? Lethal Weapon? 48 Hrs.?

In other recent films like ONCE UPON A TIME... IN HOLLYWOOD, you also have been the stunt coordinator. What’s your current approach to that world?

I coordinated a couple of little films before, then a couple of shorts and a low-budget feature. Once Upon a Time... in Hollywood was definitely stepping up into the big leagues. I loved it.

First of all, I’ve been doing this since I was 17 so there was that sense of like, “OK, I got this.” But there’s also something about recognizing that you had fear or self-doubt, and stepping out of the self-doubt and into the unknown. But it really worked well.

I love working with Quentin in any capacity, I love working on all the Quentin family movies, because we are like one big family. It was interesting because I was always sort of the baby on set, I was 20 or something when I first started working with those guys. Stepping into being head of department and being one of the adults on set (laughs), was really cool, I really enjoyed it.

My career has sometimes felt very confusing and conflicting and a bit lost to me, when I’m like “I don’t know which direction I’m going.” And so I get to a place like this and I look back and I’m like “all paths were leading me here and I wouldn’t be in the shoes that I’m in now if it wasn’t for all those random paths walked.”

In that sense, I was thinking about the documentary DOUBLE DARE, which tackles your first experiencies in Hollywood. It’s been nearly 20 years since that, how do you feel when you look back on those times?

I think that’s one of the things that the pandemic and the lockdown has either forced people to do or afforded people to do: have a look back at where you come from and where you are. There’s something about being forced to stay still for a minute. We get really good at and used to stressing ourselves and hiding in our work.

I’ve watched myself in rewind and thought, “had I had faith in myself in where I was going, there would have been far less stress in the years past.” But having said that, you’re never going to know the future and surrounding all those little moments of stress there’s just been a life I’m really grateful for.

Tarantino is my favorite director so I have to ask you, how do you feel about his plan to retire?

Can you imagine a Tarantino novel? That would be so amazing! And plays, I mean, effectively The Hateful Eight could be a play, you know? So I think there’s a new world for him.

I don’t think he would walk away from films if he still felt like that was the medium he felt most passionate about, so if he feels more passionate after the 10th movie, beforehand I imagine he’ll keep going. But I just feel like he’s being pulled towards exploring something new and I’m excited to see what that is. I mean, the whole world would be sad if he never makes another movie of course, but who’s to say there isn’t a whole new world of Tarantino to come out of whatever he does in the future, you know? 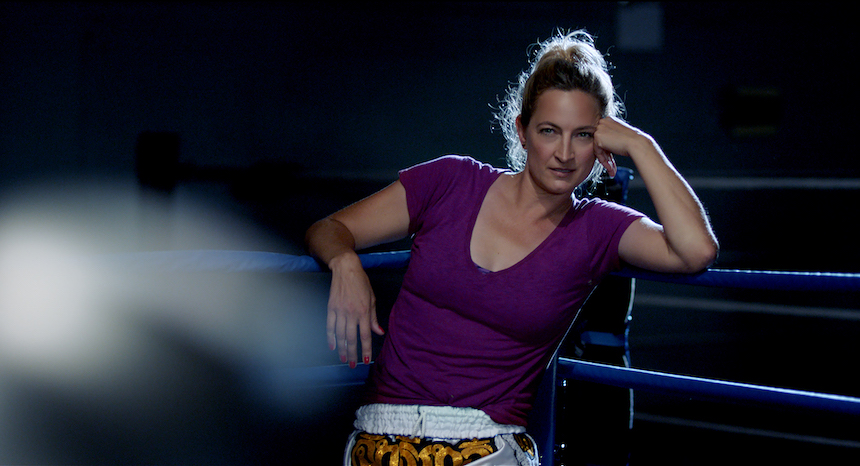