Review: HAYMAKER, The Bodyguard Punches Above His Weight 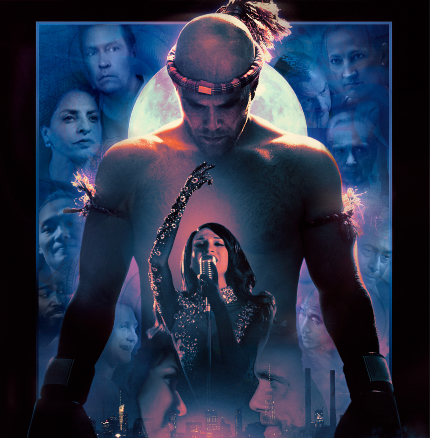 Without pulling any punches, Nick Sasso tells a love story between a fighter and a singer.

Haymaker
The film will be available in select U.S. theaters, VOD and on Digital as of January 29.

I always pull for the underdog, which is probably why I found myself rooting for Nick Sasso and Nomi Ruiz.

Inviting comparisons to Mick Jackson's The Bodyguard (1992), we follow a former Muay Thai fighter named Nick (played by Sasso) who falls into a relationship with a singer named Nomi (played by Ruiz) after she hires him as her bodyguard. They embark upon a whirlwind world tour, during which Nomi is celebrated for her artistry and Nick broods about her safety.

Nick also broods about the possibility of a romance with Nomi. He met her when he came to her rescue in a nightclub where he was working as a bouncer; she is transgender, which receives scant attention in and of itself, yet appears to figure into Nick's brooding. Nomi becomes reliant upon Nick, and seems to be attracted to him as well, though she keeps distant from him emotionally.

The professional relationship is tested and then broken abruptly, leading Nick to resume his career as a Muay Thai fighter. What will become of their personal relationship, though?

Sasso is a longtime visual effects artist and debuts here as a writer, director, and editor, while Ruiz is an established and acclaimed singer and debuts here as a producer. Thus, it's hard to get away entirely from the idea that Haymaker is a personal passion project, yet it hangs together well, bolstered by the presence of Zoë Bell in a supporting role (and also second unit director and stunt coordinator), as well as D.B. Sweeney as Nick's brother and a cameo by Udo Kier as a mysterious supporter of Nomi's career.

Haymaker is light on its feet and doesn't overstay its welcome. It tells a welcome romantic tale with vim and vigor, adds a tasty touch of Muay Thai fighting, supplies a colorful musical background, and allows the audience to enjoy traveling around the world, all in less than 90 minutes. 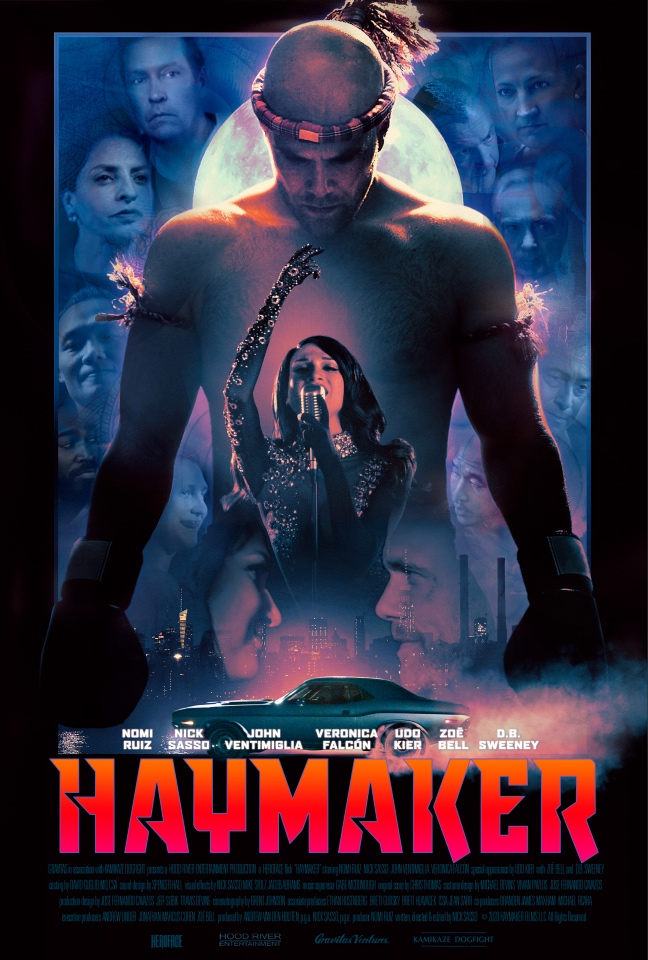