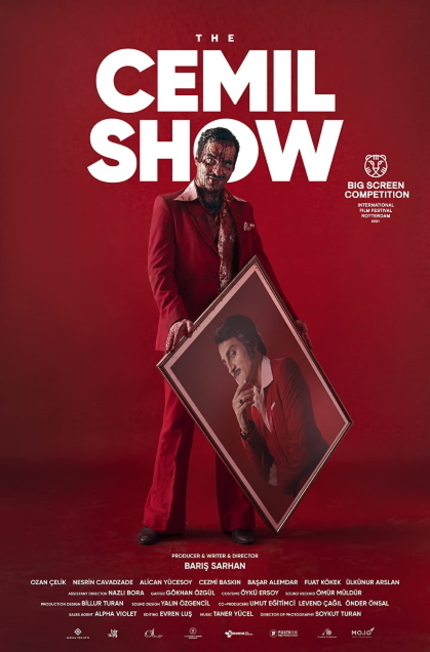 Next week sees the start of the 50th edition of the International Film Festival Rotterdam, and a big party that should have been... if it weren't for the Covid-19 pandemic. As the single largest cultural event in the Netherlands, often with over 300,000 tickets sold, the festival is simply too dangerous to let occur as anything but on-line. Thankfully, a second leg with theatrical screenings has been announced for June, and hopefully we'll be in a different world by then.

On-line or not, the festival has still managed to score itself a few world premières, and one of these is the Turkish tragicomedy The Cemil Show, the debut feature of producer-writer-director Bariş Sarhan. In it, we follow Cemil, a mall-cop who desperately wants to become an actor. His audition for a villain part in the remake of a famous 70s thriller seems doomed... until by chance, Cemil discovers that Turgay, the famous actor who played that part in the original, is actually the father of a colleague. And as Cemil gets more and more obsessed with getting the role, so does his grasp on reality weaken: Cemil, Turgay and the fictitious villain they play seem to be melding together.

There will be a special on-line screening with a Q&A with the director on February 4th, and after that, the film will remain available for on-line viewing for 72 hours. The Cemil Show has been chosen for the Big Screen Competition, in which the audience ratings will decide whether it will later be released theatrically in the Netherlands.

We have an exclusive trailer, and you can see it below:

More about The Cemil Show