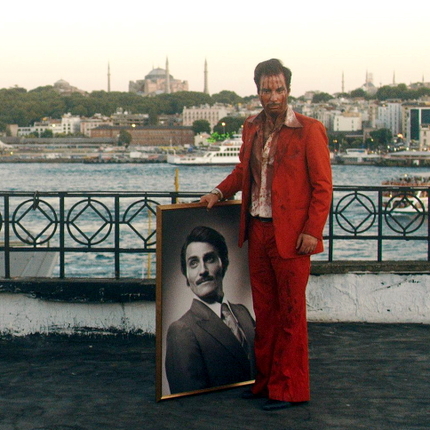 People going mad. It's a good topic to cover as drama, and in film history we can see plenty of great examples of such stories, from Polanski's Repulsion to Todd Phillips' recent Joker. This year, the International Film Festival Rotterdam has the world première of Turkish director Bariş Sarhan's feature debut The Cemil Show (see the trailer here), which adds another title into this genre.

The person sliding into madness here is Cemil, a security guard at a giant mall in Istanbul. He yearns to be an actor, and luck seems to come his way when he is allowed to audition for the role of villain in a remake of "Kâbus" (nightmare), a classic gangster-movie from the 60's which starred his favourite actor Turgay Göral. Alas: Cemil is so excited by the prospect of literally stepping into the role of his hero, that he messes up the audition and returns to his day job, dejected.

But then, by accident, he discovers that the great Turgay Göral is actually the father of one of his colleagues. Cemil becomes determined to meet his idol, to ask for his advice and be able to create a second, better, audition. His obsessions turn unhealthy and have repercussions for him in the real world, but Cemil is undeterred: he WILL get the role, no matter what it takes...

Actor Ozan Çelik plays Cemil as a childish push-over at first, and while you do feel sorry for his character because he's being bullied by everyone, he is not exactly likeable. Dumb and self-obsessed as he is, you can't really root for Cemil all that much. But that changes once Cemil catches on that "bad guys sometimes have all the fun", and starts experimenting a bit. Suddenly there is a gleam in his eyes, and a focus to his purpose. And while he becomes less "nice", he also starts scoring the occasional success, making him more interesting to follow. As transformations go this is a really nice one, and while on that road, director Bariş Sarhan has a thing or two to say about toxic masculinity as well. His film isn't a comedy, but he allows some room for satire, mild exaggeration and caricature.

In 2015, Sarhan made a short about Cemil trying too hard to become "employee of the month". Lengthened to a full feature, Sarhan (who is also the writer) ups the ante and creates a lovingly made tribute to Turkey's exploitation cinema of ages past, when melodramas and gangster flicks ruled the theatres. He has a good eye for pretty pictures, and The Cemil Show looks stylish throughout, from the bright present-day Istanbul locations to the grainy black-and-white fantasy world of the old B-films.

Is this the best "going mad" film in its genre? No, but it definitely is a good one. Though the script is clever, story-wise there are few surprises. But I liked what I saw and appreciated the steady build-up to its conclusion. Recommended! 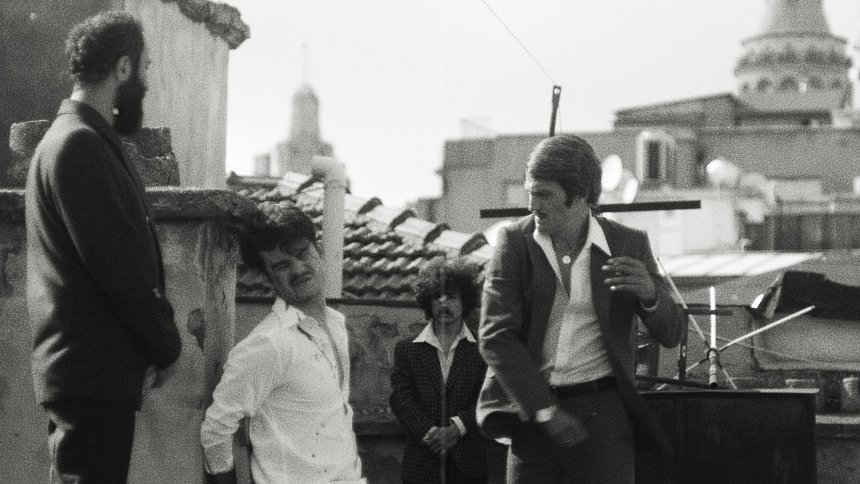 More about The Cemil Show