Review: MULAN, Not Quite Equal to an Illustrious Predecessor 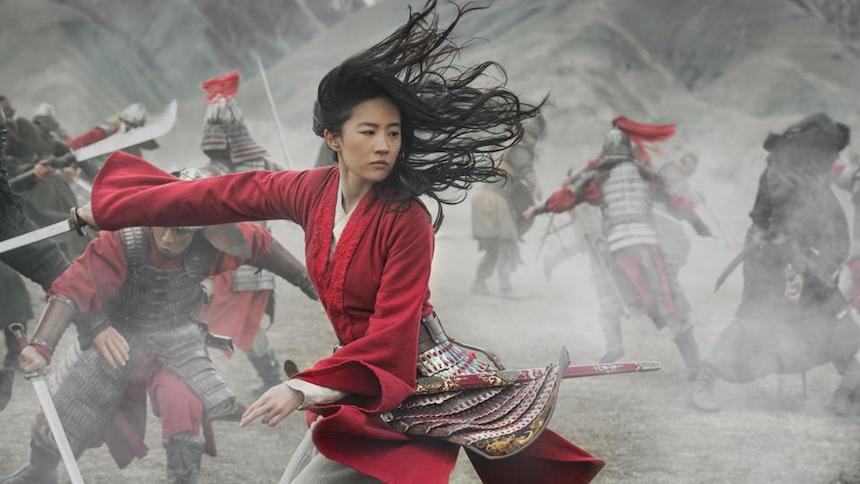 Each live-action or live-action adjacent adaptation from Disney has met with enthusiastic audiences, turning each one into major financial, if not always critical, successes.

As the exclusive rights-holder of some of the most popular, most lucrative intellectual property in the world, both via its own creative output and the purchase of pop-culture staples like Marvel Comics (since turned into the multi-billion dollar grossing Marvel Cinematic Universe) and Star Wars, with financially successful, if divisive, forays into sequels to the original trilogy, prequels, and television series, Disney decided to mine its extensive back catalog for fan-favorite animated entries, upcycling them into live-action/CGI hybrids (Aladdin, Beauty & the Beast, Maleficent, The Jungle Book) of variable quality, an all-CGI shot-for-shot remake (The Lion King) that was both a megahit and wholly superfluous, and now, the Niki Caro-directed Mulan, an ultra-reverential, wuxia-flavored, song-free remake of the 1998 animated musical.

Shot in China and New Zealand with an international cast mixing new and familiar faces, Mulan’s newest onscreen appearance should meet with the same or similar kind of response from audiences as other Disney adaptations over the past few years, despite its premiere on small screens here in the US. (A theatrical opening in China is planned for September 11.) Bringing to bear financial resources second to none, talented, skillful craftspeople both in front of and behind the camera, a time-tested premise, and richly inventive visuals, the adaptation makes few changes to the title character’s backstory, from a young, impulsive, order-defying child, to a young, rebellious woman straight-jacketed by traditional gender norms and rigid, inflexible obedience to the ideals and realities of family, kingdom, and emperor, to the kingdom-saving warrior who overcomes obstacles and odds alike to become a woman who paradoxically embodies centuries-old, warrior values and also embraces the traditions that generally limit the station and status of women in Han Dynasty China.

As more or less persuasively played by Liu Yifei, a Chinese-American actress likely new to English-language audiences, but with a performing career stretching back 15 years in Chinese-language film and television, the Mulan we meet in Caro’s (The Zookeeper’s Wife, North Country, Whale Rider) adaptation closely resembles her 22-year-old animation counterpart. She’s initially dedicated to her family, putting aside her instincts and desires for physical pursuits to become marriage-eligible and bring honor to her immediate family by starting and maintaining one of her own. (The word “honor” gains increasingly fetishized, totemic power throughout Mulan, by turns a source of strength and a heavy burden for the title character to carry on her thin shoulders.)

Once, though, Northern invaders -- Huns in the 1998 animated musical, proto-Mongolian Rourans here -- overwhelm several border garrisons, the Chinese emperor (Jet Li), orders every able-bodied man to join the imperial army. With Mulan’s father, Zhou (Tzi Ma), a long-ago war veteran, celebrated hero, and family patriarch, hobbled by an old leg wound, Mulan decides to step into his place, borrowing his armor and sword, changing her name, and otherwise hiding her gender, a decision based on love and empathy, but driven by deceit and dishonesty that leaves Mulan in a constant state of tension and occasional, if superficial, despair.

Once Mulan arrives at the imperial army’s training facilities, however, her internal conflict takes a back seat to the world-building and character introductions necessary to propel the larger narrative forward, beginning with Commander Tung (Donnie Yen), the training camp’s highest authority, Honghui (An Yoson), another conscripted soldier who becomes a reluctant Mulan’s ally and later, her obligatory romantic interest, along with several other, vaguely defined conscripts, including Cricket (Yu Jun), Yao (Tang Chen), Po (Moua Doua), and Ling (Jimmy Wong), all rough analogs to their animated counterparts, but with even less to do here.

From there, it’s one, long extended training montage as Mulan, desperate to hide her real identity, refuses to shower (it becomes a running joke of sorts), before inadvertently revealing her next-level skillset ― powered by her Force-like Chi (everyone has “Chi,” though some have more Chi than others and those that do often have supernatural powers) ― to Honghui in a semi-exhilarating one-on-one battle and more importantly, to Commander Tung, who becomes something of a mentor to Mulan.

Without Xian Lang’s help or intervention, Böri Khan’s plans for conquest and revenge would probably fall by the wayside, but Böri Khan never fails to remind the desperately unhappy Xian Lang that it’s a man’s world and as both a woman and a witch, she’s destined to remain an outsider, hated and feared by those who refuse to understand her (cue X-Men comparisons).

On one level, Xian Lang represents Mulan’s Dark Shadow, a woman spurned and scorned, unloved and rejected, fueled by self-hatred and self-pity into committing brutal acts of violence (PG-13 rated, of course) for a lord and master who treats her with open contempt and derision. Also gifted with near-supernatural, physics- and gravity-defying powers, Mulan repeatedly faces a choice between Xian Lang’s Sith-like path and one somewhere between the patriarchal conventions of imperial China, the rigid demands of family, and her independence or semi-independence as a woman.

Unsurprisingly, Mulan (the film) veers far closer to unapologetically endorsing the same gender norms it lightly critiques throughout the film. Mulan just as uncritically embraces a social, cultural, and political system that leaves little real or symbolic space for women, except a once-in-a-millennia woman like Mulan herself.

Even as Mulan stumbles thematically or metaphorically, it’s hard to argue with the visual splendor and spectacle put on screen by Caro, cinematographer Mandy Walker, or a production team fully committed to bringing a rich, vibrant, colorful imperial China to digital life. Lightly mixing in wire-fu (wuxia) into her arsenal of filmmaking tricks, Caro stages the bloodless battles with an exacting eye for visual composition and spatial coherence.

Well before Mulan literally lets her hair down and adopts a bright red, fighting robe, Mulan remains front and center, easy to find, and even easier to follow. If there’s any real problem with the fighting or battle scenes in Mulan (the film), it’s in their relative brevity. Too often, fight scenes end just as audiences are at their most engaged or enthralled, leaving us wanting more and unfortunately, not getting it. Given, though, a deliberately open ending that leaves Mulan’s future unanswered, her story isn’t likely to end here, but in a sequel or even a series of sequels.

Mulan will be available September 4, 2020, exclusively on DisneyPlus with Premier Access. For more information, visit the official site.