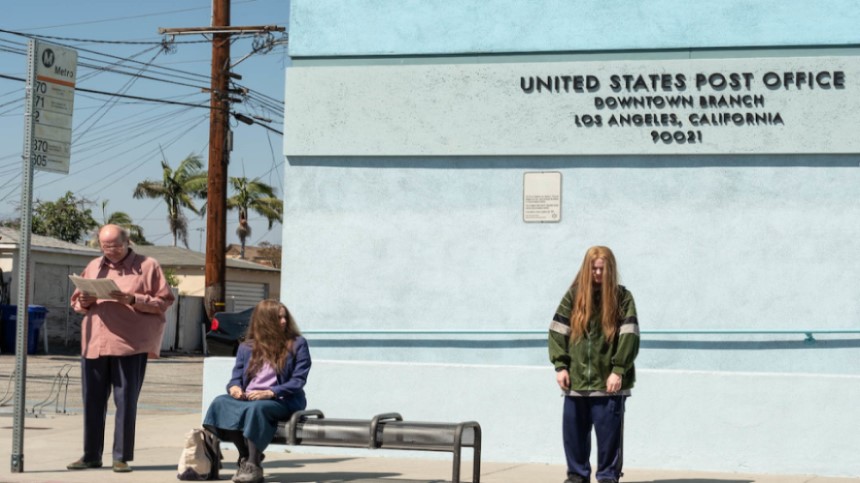 Miranda July (The Future, Me and You and Everyone We Know) may not be one of our most prolific filmmakers (only three films in 13 years), but she’s certainly one of our most talented and justifiably, one of our most respected artists too, writing short stories and a novel, while also stepping in front of the camera in Josephine Decker’s Madeline’s Madeline.

She’s also one of our most idiosyncratic filmmakers, gifted with an unmistakably singular voice and vision, a singular voice and vision confirmed in her latest film, Kajillionaire, a family- and relationship-focused comedy-drama unlike anything in cinemas or video-on-demand this week, month, or even year for that matter. July’s filmmaking eccentricities, however, certainly may not be for anyone unwilling to stray from the beaten, mainstream path, but they’re intended for everyone willing to venture into the non-mainstream, non-conventional filmmaking and embrace whatever and whoever they find there.

July centers Kajillionaire on a three-person grifting crew, Theresa (Debra Winger) and Robert (Richard Jenkins) Dyne, and their 26-year-old daughter, Old Dolio (Evan Rachel Wood), so named for a lottery-winning associate who they hoped would include Old Dolio in his will (he didn’t and she ended up with his name). Operating at the margins of respectable society (insert critique of contemporary capitalism here), Theresa and Robert rent office space from a bubble factory in exchange for cash and wiping down the walls periodically.

They get by, not with a little help from their friends (they have), but by pulling off elaborate, low-stakes grifts, often, if not primarily using Old Dolio as the instrument of their grifting goals, up to and including exploiting Old Dolio’s long-limbed nimbleness to nab post-office packages before they reach their intended recipients and a far more complex one involving airplane tickets, luggage, and luggage insurance.

Old Dolio’s relatively stable, if socially and culturally, impoverished life as the third, expendable member of the Dyne crew gets upended with the introduction of Melanie (Gina Rodriguez), a young woman the Dynes meet on a coast-to-coast flight. Almost immediately, Melanie figures out who and what the Dynes are and pitches herself as a fourth member of the Dyne grifting crew, putting Old Dolio, perpetually starved for attention for her narcissistic, borderline sociopathic parents, on the outside looking in.

Old Dolio repeatedly rebuffs Melanie’s attempts at befriending her, presumably out of jealousy and envy for Melanie’s inclusion in the Dyne crew and possibly because Old Dolio simply doesn’t know how to interact with someone if the relationship isn’t purely transactional. It’s a role, like so many other roles in Kajillionaire, that Old Dolio wasn’t born to play, but was forced to play by her biological parents.

For all of her deliberately offbeat, oddball humor, July obviously has something in mind beyond a comedy-drama with an absurdist twist. She’s also taking a deep dive into the complex, contradictory relationships engendered by deeply dysfunctional families like the Dynes.

While Theresa and Robert only see Old Dolio instrumentally, as a means, never an end, their intentionally inadequate parenting skills have left Old Dolio emotionally damaged, incapable of living or surviving without their constant direction or intervention. When Melanie briefly absconds with a willing Old Dolio on a lark, Old Dolio begins to act and react differently, if still contrary to what passes for “normal” (she flails her body when dancing, melts down when she thinks an earthquake is the “Big One”).

Kajillionaire’s themes and subtext hinge almost completely on Wood’s central performance as Old Dolio Dyne (ODD). It's a pitch-perfect, standout performance. Wood's Old Dolio is shy, awkward, with the body language of someone who’s been imprisoned, emotionally if not physically, for most of her pre- and adult life by her grifter parents. With a perpetually downcast gaze, long, unkempt hair, and a fixed, wooden gait, not to mention (but we’ll mention it, anyway) a monotone voice that attempts to hide more than it reveal, Wood never ceases to impress and amaze anytime she’s onscreen with the other actors in Kajillionaire.

Given how easy it would have been to turn a character like Old Dolio into a caricature (beginning with her eyebrow-raising name), it’s all more to Wood’s credit that she manages to give a multi-layered performance (with an able assist from July, of course), especially when Old Dolio’s character contrasts so sharply with the grounded, closer-to-real characters played by Winger and Jenkins.

Kajillionaire will be available via Focus Features on VOD platforms beginning September 25, 2020. Visit the official site for more information.

Do you feel this content is inappropriate or infringes upon your rights? Click here to report it, or see our DMCA policy.
Debra WingerEvan Rachel WoodGina RodriguezMiranda JulyRichard JenkinsUS