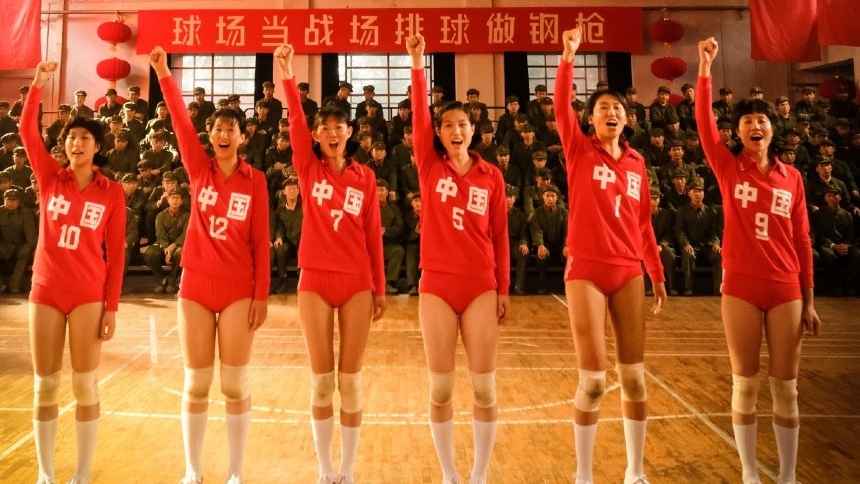 How much do you love volleyball?

That is a question asked in the Leap (Chinese title Duo Guan) trailer, and it was answered over the weekend in China, where Variety reports that it topped the box office, exceeding the opening for Disney's Mulan, though still a bit less than Tenet and far less than smash hit war epic The Eight Hundred back in August.

Variety also notes that the film's "debut coincided with the first weekend that cinemas were allowed to sell 75% of available tickets rather than 50%." Leap also opened in some 80 cinemas in the U.S., including locales in Boston, Chicago, Denver, Houston and Irvine, though not yet in New York or Los Angeles, where indoor cinemas remain closed.

Per the synopsis in the YouTube trailer description by Asian Film Fans, Leap is "based on the life of coach 'Jenny' Lang Ping played by Gong Li. In this trailer, the focus is on her relationship with Zhu Ting.

"Originally set to release during Chinese New Year in 2020 as one of the 'Big 7 movie release ... It was formerly known as Zhongguo Nv Pai or Chinese Women's Volleyball Team and is now known by its international name of Leap. This movie also stars members of the real 2016 Olympic Gold Medal winning team including the famous Zhu Ting (MVP 2016 Rio Olympics Games) and captain Hui Ruoqi."

Peter Ho-sun Chan directed; the filmmaker's Comrades: Almost a Love Story (1996) earned a permanent place in my personal hall of fame. More recently, he helmed the sprawling battle epic The Warlords, which I enjoyed, as did our own Niels Matthijs back in 2009.

The battles in Leap take place on a volleyball court, though they look no less fierce. Watch the trailer below.

Do you feel this content is inappropriate or infringes upon your rights? Click here to report it, or see our DMCA policy.
ChinaChinese Women's Volleyball TeamGong LiLeapPeter ChanZhongguo Nv Pai