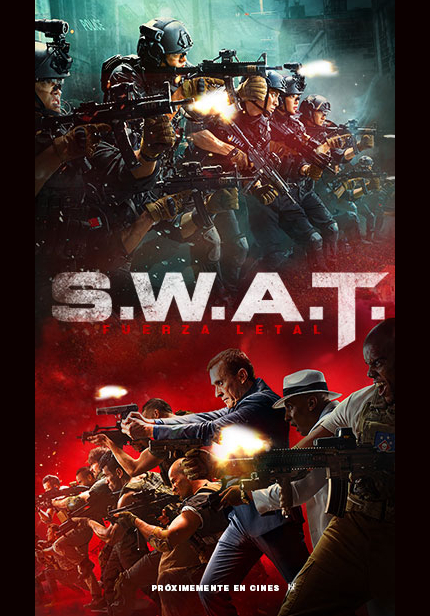 Who cares if the trailer for a film from China is dubbed into Spanish with no English subtitles when it's this packed with action?

Not me. Of course, that doesn't mean S.W.A.T. Fuerza Letal (original title: Te Jing Dui) itself will live up to this trailer, but certainly it looks like a lot of fun, diverting action, wrapped around a plot that I could not decipher from a single viewing. The trailer arrives via BF Distribution in Bolivia; the company also distributes films in Argentina, Chile, and Peru.

Ding Sheng directed; I've seen three of his past films, Railroad Tigers, Saving Mr. Wu and Little Big Soldier, so I'm anticipating another well-constructed action extravaganza, if it ever comes available (legally, of course) here in the U.S.

The film evidently opened in China at the end of December 2019. Right now, S.W.A.T. Fuerza Letal is scheduled to open in Bolivian cinemas on November 26, 2020. We'll see what happens with that planned release, but for now we can enjoy the trailer. From my own rough translation of the official synopsis, the film follows a series of combat training exercises that have been organized so as to select candidates to represent China in an international competition. Then, they are given the details of a secret mission.

Do you feel this content is inappropriate or infringes upon your rights? Click here to report it, or see our DMCA policy.
ChinaDing ShengS.W.A.T.Te Jing Dui