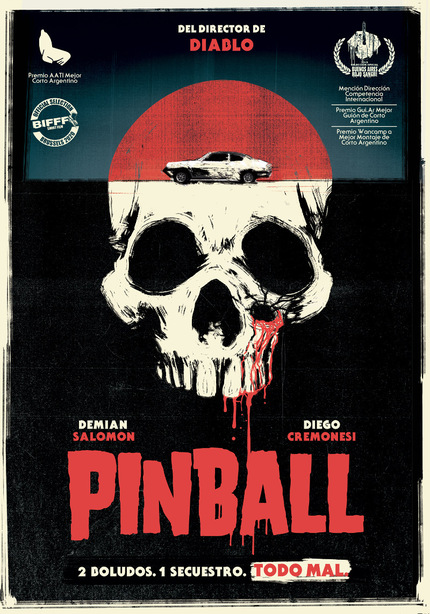 Argentina's Nicanor Loreti has long been one of the loudest and proudest voices in Latin American genre cinema. While his filmography is peppered with the broad comedies that actually pay his bills, Loreti's first love has always been genre and that's a call he always returns to with a mix of horror and crime films throughout his career, along with Kryptonita - a huge local hit that went on to spawn a TV series spinoff - a wild, satiric take on American superheroes reset in to the slums of his home country.

And Loreti returns to stylish crime cinema now with Pinball. A short film that also appeared in the Mar Del Plata film festival as part of a feature length anthology, Loreti has released the entire film online for free and, yep, he's still got it. Slick and enegergetic, this is good stuff. Check it out below!