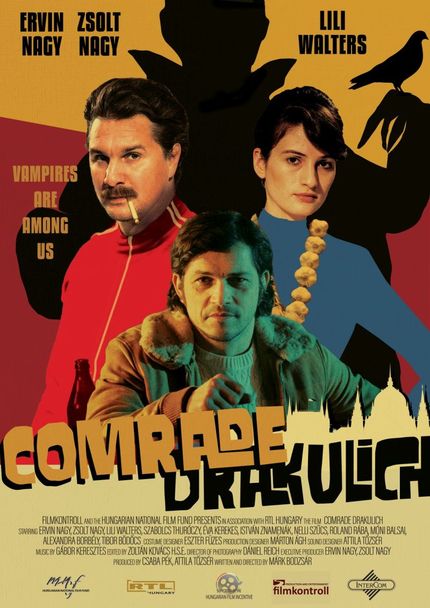 As a genre, vampires remain as immortal as their mythological and folkloric counterparts.

The genre endured a strong push from the grave followed by much needed energetic revitalization in kiwi gonzo comedy mockumentary What We Do in the Shadows (read the review) by Taika Waititi and Jemaine Clement. The vampire fiction had its tale conventions and underwent a genre cross-pollination and rotation in every possible direction lately, romance and young-adult being the territories that squeezed the proverbial bloodsucking cash-cow the hardest.

Nevertheless, a room for the genre and stylistic cross-over remains seemingly bottomless. The Hungarian emerging writer-director Márk Bodzsár comes on the heels of Waititi-Jemaine successful reanimation pumping large doses of (n)ostalgia into the anemic genre.

While much of the charm of What We Do in the Shadows stems from situational comedy and the performance by the trio of immortal pale roommates, Bodzsár ventures to a different path. Hitting the decent line between paying homage to a genre and blasphemous farce arises his sophomore feature, a black comedy Comrade Drakulich (original title: Drakulics elvtars).

Popculture has been congested with urban myth, alternative realities and conspiracies. Among the popular being Nazis dabbling into occult sciences with vampires, zombies and other beasts of the underground and (folk)lore having a go. Although, Eastern European cinema has been hesitating to make a similar kind of statement and stamp merging history and fantasy under the auspice of the genre. Bodzsár gladly rectifies the situation grabbing a handful of vampire genre clichés and shoehorning them into the alternative 70s Hungary behind the Iron curtain. 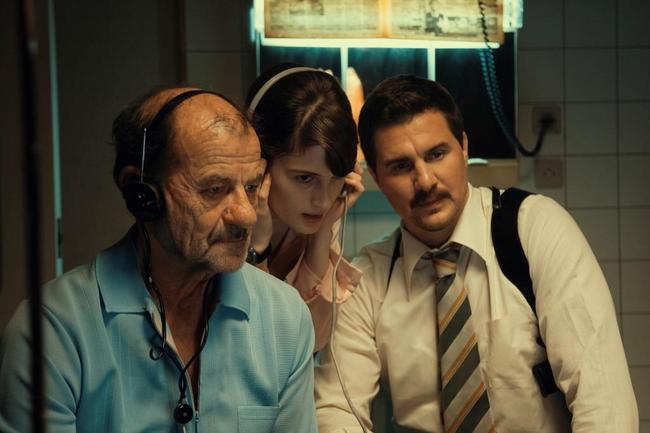 Comrade Brezhnev desires eternal life. Hungarian secret police feel obliged to procure the means. The targeted subject, comrade Fábián, young-looking Hungarian hero of the Cuban Revolution sporting the demeanor and wardrobe of a rock´n´roll star. Unwitting central characters, the young couple from secret police Maria and Laci, are on the mission to unveil the reason of Fábián´s suspicious behavior as his carmine-colored liquids draw as much attention as his fire-red Mustang. Cue Béla Lugosi gag.

James van Helsing Bond meets Nosferatu as Comrade Drakulich glides in between spy and vampire genre with the writer-director, a millennial who cannot remember the 70s, dropping commie jokes. And they land. He did his homework and the collective memory offers the necessary hints for him to pull off period black comedy while most of his European-based peers (from former Soviet bloc) will be able to savor, if not fully decode, the puns. Should they not, their parents will gladly assist them in doing so as one of the charms of Comrade Drakulich is its inter-generational nature when it comes to political satire.

The central narrative arch is built upon the notorious scheme of beauty and the beauty; the inter-species romance as the universal storytelling blueprint. Bodzsár ensures to avoid the Twilight turf by packing as many impotency and sexual ineptitude jokes as possible. The irreverent humor becomes the film´s crucial arsenal, the larger volume being voiced by the characters from the middle generations where cynicism has taken stable roots.

Laci, the young and ambitious secret police officer is the leader in the hunt on Fábián and the frequent recipient of smirks on the clumsiness of sexual prowess. Maria, his girlfriend and colleague, is set up as bait for Fábián against Laci´s wish. Insert seduction jokes that make Laci feel even more awkward. Given that backdrop of Communist Hungary, many of the baiting jokes include priests in some way. Laci and Maria start to untangle the mystery of Comrade Fábián as the instances of robbed blood banks starts growing in numbers. 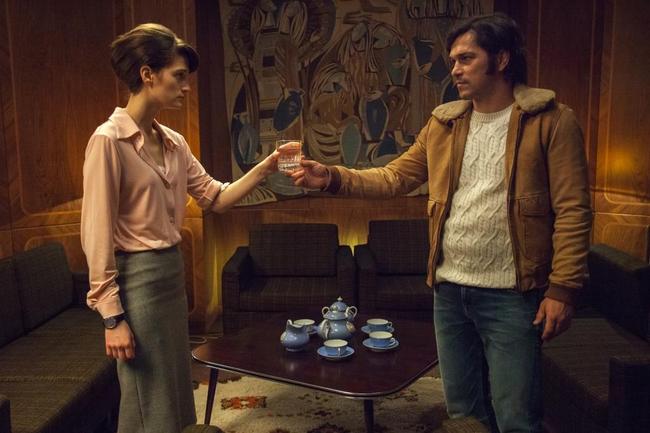 Comrade Drakulich operates less on the principle of stand-alone comic scenes as opposed to What We Do in the Shadows patchwork form. Márk Bodzsár opted for a more polished linear storyline that maintains its narrative coherency though it slows down the pace of the joke´s cadency compared to Waititi-Jemaine´s exploits. Meanwhile, the more throwaway wise-cracks in Comrade Draculich, the more memorable they will become.

The comedy of Bodzsár oeuvre and style spreads over a colorful palette from verbal slapstick to a more sophisticated farce of regional political references. The jokes about goulash fly alongside puns about period events that left a stain in history. Besides, Bodzsár even employs socialism-driven gags to the extent the period backdrop even more, such as social status being determined by possession of a certain type of car: "trabi" or Volga.

The clash of dandy Fábián and communist locals riffs on the Western and Eastern culture, an impromptu rockabilly musical number takes place after the mustang crashed into a barn in a slaughterhouse. The similar approach molds the film´s form as genre conventions usually observed from Western (overseas) productions collide with Eastern European culture in the ultimate "weastern" amalgam.

The (re)mixing of different cultural tropes whether it is cinema or folklore results in the fact that Comrade Drakulich remains a universally understood story no matter the nationality or age. Although goulash and kolbasa jokes will ring harder on the Eastern side.

For a genre film doubling as political satire, Comrade Drakulich´s budget of roughly 2 million dollars allowed lavish spending on art production. The sets become the preeminent blast from the 70s past trigger with a myriad of socialist artifacts besides the notorious automobiles. The set design, costumes and cinematography with full saturated colors dispel any concerns about cheapishness and cheesiness of the whole enterprise even as higher secret police officials are cracking commie jokes about priests and altar boys. 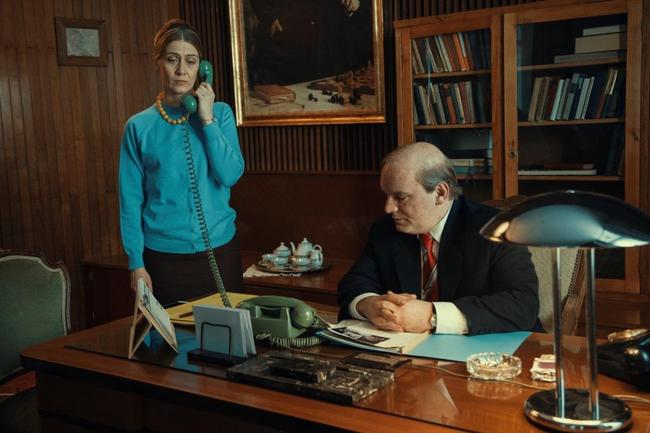 The splashy pop-artsy colors of the frigid era contribute to the Stranger Things effect of faux nostalgia. In that sense, Comrade Drakulich possesses its own stranger thing of push-pull relation between visually fetishizing the era while verbally lampooning the regime. The weasternization emerges as a more creative force shaping not only substance but form as well.

Less camp and more fable, the genre pastiche of Comrade Drakulich gels sentimentality and satire. While rom-com is hiding under the gallons of blood and socialist paraphernalia, the ridiculousness of the former regime gets pilloried through the prism of a vampire genre.

Furthermore, Bodzsár subverts the general assumption that vampires are better-suited trope for capitalism (unsurprisingly, Marx was fascinated by the metaphor of capitalism as vampirism) than communism (some might argue zombies are better fit for a leftist ideology) even though it took some swerving to do.