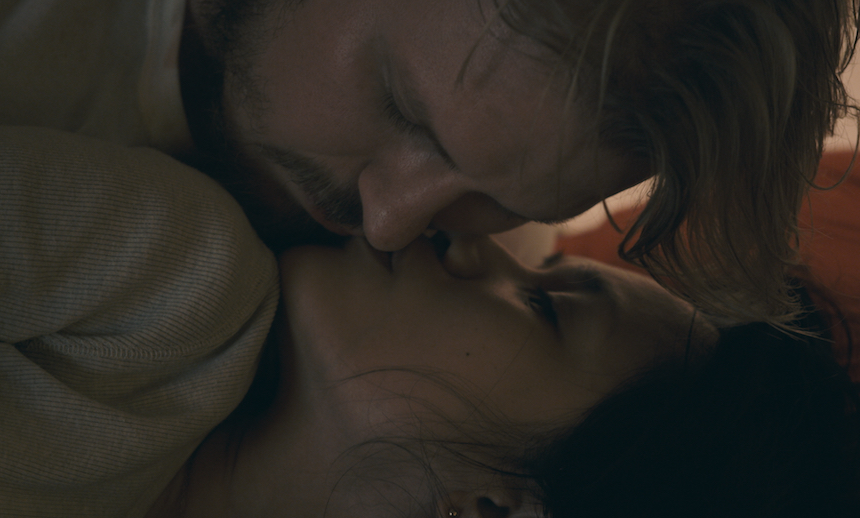 Genre film festivals are champions of the weird, and Fantasia is a champion of the highest order. Likewise, independent film is a prime channel for investigating the strangest ideas and themes: small crews can move quickly and easily, and filmmakers can explore the dark depths of the weird without notes or interference from studios which must have marketable moving images for the masses.

Sadly, none of us are on the ground at Concordia University for Fantasia 2020, but lucky Canadian residents can stream the newest fever dreams from all over the world right now. One of these brand-new films is Sanzaru, the debut feature from director Xia Magnus.

In the middle of Nowhere, Texas, young Filipina nurse Evelyn takes care of the elderly Dena, who seems to be slowly dying, as well as suffering from dementia (and some nasty bed sores). As Dena's dementia worsens, the intercom starts acting funny --- Evelyn hears a voice coming out of it. And then the family pet bird becomes a sortbr of conduit for Evelyn's deceased grandmother from time to time.

The cockatiel with a burst of blinding light emanating from its head while it channels the dead is inspired filmmaking. Each time it appeared onscreen, I was mesmerized so much that I wish it was an even bigger part of the story.

Then there's the pile of video tapes, Polaroid snapshots, and composition notebooks in the basement, which could be its own true crime miniseries. And the p.o. box with letters to "Mr. Sanzaru" that Evelyn discovers shortly after a tryst with Dena's son Clem. And how Evelyn's nephew has seemingly gone into a waking coma of shock. But there's also a red glowing remnant trodding around, that one would assume is "Mr. Sanzaru," but with so many mysterious going-ons, who can be sure?

Watching Sanzaru brings up more questions than answers, so if you like your film mysteries neatly tied up, this is not a film for you. It will frustrate some, and there are some definite baffling choices on display, but others will find plenty more to like or even love, like the trance-inducing cockatiel. A film like Sanzaru can certainly be rewatched in order to find more clues to the story, but its mystery may never be fully solved.

The strange and unsettling imagery within the film, along with the themes of a family in distress, conjures the work of an early, indie Ari Aster.

Sanzaru plays Fantasia again on Sept. 1. Canadians can watch the film via the festival online, but everyone can check out the fest's page for the film and watch the trailer here.

Do you feel this content is inappropriate or infringes upon your rights? Click here to report it, or see our DMCA policy.
Fantasia 2020Xia MagnusAina DumlaoJustin ArnoldMatthew AlbrechtJon Viktor CorpuzDramaHorrorThriller