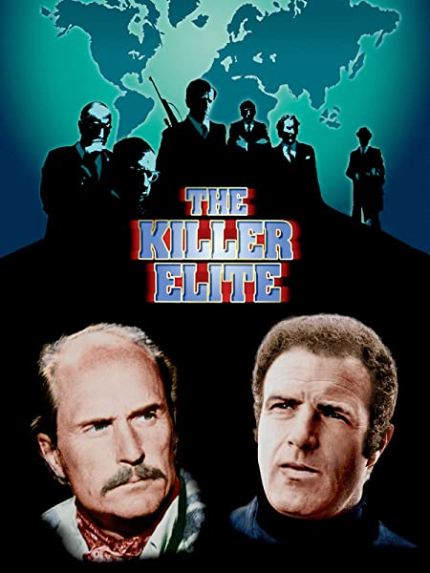 After the rueful, meditative heights he achieved with Bring Me the Head of Alfredo Garcia (1974), director Sam Peckingpah came back down to earth with The Killer Elite (1975), a potentially commercial attraction featuring a reteaming of Academy Award nominees James Caan and Robert Duvall.

After The Godfather (1974), both men began landing lead roles, so it made sense to team them up again as a duo, and they were featured together prominently in the marketing materials as members of a small squad of shadowy men who work for the CIA. Caan portrays the protagonist, Mike Locken, who is left for dead and then swears revenge against those he holds responsible, including Duvall, who plays a fellow member of the elite squad.

Let us just say that they have a falling out and many bullets are fired. That sets up a surprisingly lengthy series of scenes, all focusing on Mike Locken's rehabilitation and his agency's dismissal of him as a credible lethal agent.

This was not Sam Peckinpah's finest work. It's easy to watch, primarily because Caan was in the prime of his career and is a galvanizing force who animates all his scenes, even when his physical prowess is reduced. Beyond Caan's stirring performances, though, the action sequences rarely spark and/or explode. 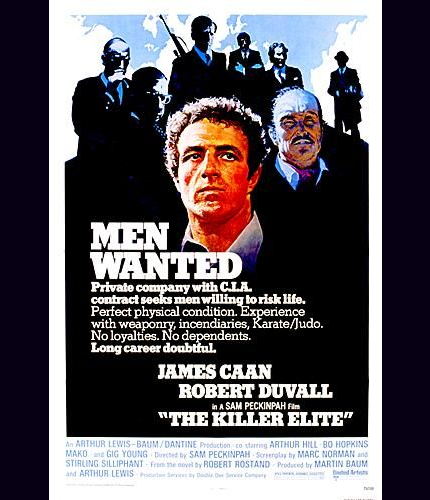 To cite one that revolves around martial arts: it's terrible! When Taiwanese politician Yuen Chung (Mako) arrives at an international airport with his 18-year-old daughter Tommie (Tiana Alexander) in tow, assassins endeavor to execute him in a baffling series of moves; frankly, it looks like Peckinpah told the actors and/or stunt people: 'OK, now do some chop suey moves and we'll move the camera for no reason at all. When I call cut, then you can stop.'

The politician and his daughter escape, leading the way for our hero Mike Locken to be tabbed as suddenly suitable to work for the shadow elite squad again. Locken recruits his old running buddies, including Bo Hopkins and Burt Young, and it's not boring. But, often, still baffling.

It's difficult, too, to get a fix on what the elite squad is meant to accomplish in their various missions, except to foul things up for other people. Is it because the CIA is only supposed to operate on foreign soil? One would think the CIA would choose more consequential missions to contract with an even more, specialized agency, but then we wouldn't have a movie to while away the time.

Written by Robert Syd Hopkins and first published under his pseudonym Robert Rostand in 1970, the novel Monkey in the Middle serves as the source material. Marc Norman (Oklahoma Crude, discussed here) and the prolific Sterling Silliphant (The Towering Inferno) are credited for the screenplay, which feels patchy in spots, and not always terribly cohesive. (As I said: 'baffling.')

I must admit that I enjoyed the film more than I expected. For one thing, James Caan in the 1970s (especially) is always enjoyable to watch, and his scenes with Robert Duvall are truly combustible. It's a decent Friday night movie, in my estimation, and the PG rating is a welcome reminder that not all action films need to be excessively nasty to provide an evening's entertainment.

Besides, if you want to watch every movie Sam Peckinpah ever directed, this one is essential to understanding how his directorial signature could still be apparent, even when the material was below par.

Do you feel this content is inappropriate or infringes upon your rights? Click here to report it, or see our DMCA policy.
HollywoodJames CaanRobert DuvallSam Peckinpah