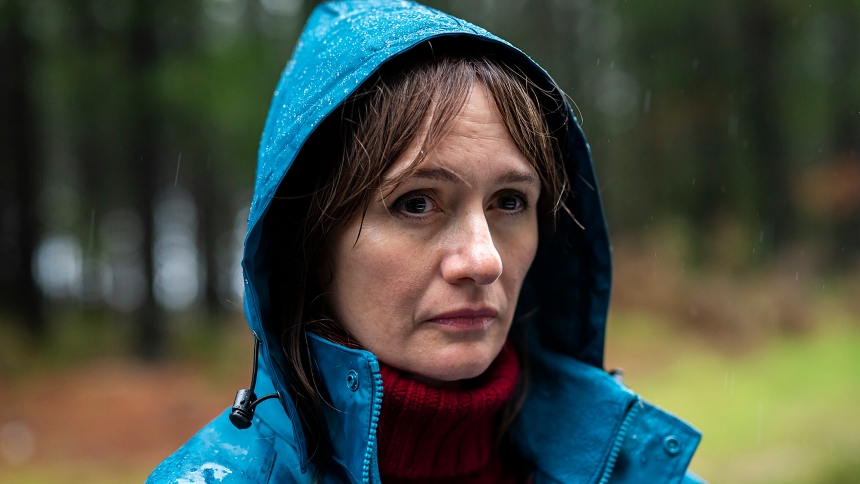 Anyone who has ever had to care for parent or grandparent knows both the pain, and fear, of watching their health deteriorate, knowing that, someday, it will be them in that position. And we've all had those moments wondering which would be worse - to lose control of your body, or to lose control of your mind? Alzheimer's and dementia are both frightening prospects for any aging person, not the least of which is because of the impossibility of the sufferer to properly articulate what they're experiencing, and the carer's feelings of helplessness.

Australian filmmaker Natalie Erika James came to many film fans' attention with her 2017 short Creswick, a subtlely frightening mood piece where an adult daughter discovers the source of her aging father's forgetfulness. She expands on that story with her first feature, Relic. An intimate study of how dementia affects the sufferer and their family, it's a brilliant and terrifying tale that elicits a creeping terror, one that invites you into a family drama and then locks the door behind you, keeping you trapped in its brilliant execution of a mind no longer in control of itself, with a strange creature (or is it oneself) lurking in every shadow. 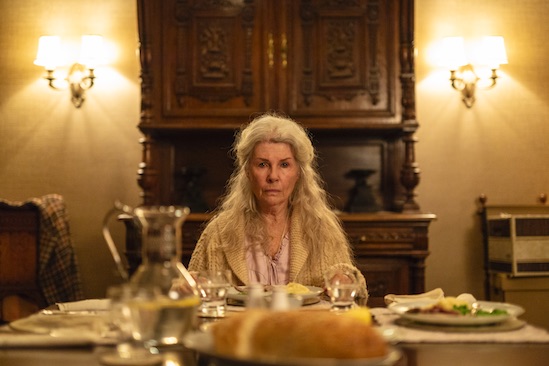 Edna (Robyn Nevin) has been missing for three days, from her house in small town. Her daughter Kay (Emily Mortimer) and granddaughter Sam (Belle Heathcote) drive from Melbourne to search for her, at first with no luck. After no luck, Kay begins to accept that when they find Edna, she'll likely be dead. Kay begins looking through her mother's belongings, finding notes reminding her to do simple things like 'flush the toilet', or bizarre seeming riddles, like 'don't follow it'. Some water damage from months ago still lingers, growing mold slowly along the walls, a symbol of the growing confusion of Edna's aging mind.

But suddenly Edna turns up, in her nightgown, wanding the woods near her house, with no memory of how she got there or where she's been. Kay wants to put her in a care home; Sam wants to move in with Edna and look after her. But there's something there, lurking under the bed, behind the walls, stalking Edna, invading her home and her mind. And then there's the story of an old home on the property that housed an insane man; parts of the house were used to build Edna's home.

The words 'slow-burn' get applied a lot to films, but I don't think I've seen one more deserving of the term than this. Eschewing jump scares for the slow creep of terror, James gives all the room necessary for this creature, this monster, to find its space in Edna's house, and eventually, her mind. James pushes Kay and Sam, and by extension the audience, to be inside the mind of someone who is losing their mind, in a place that should be the most familiar. All the memories of your life stuffed into dusty boxes, labelled but unkempt, and hidden passages from which there might be no way out. 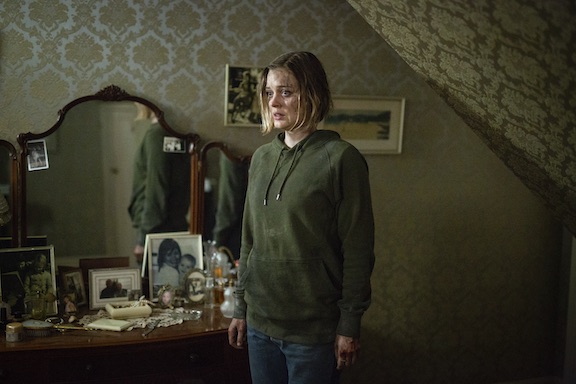 It's a frightening and incredibly hurtful thing to have a loved one not recognize you (even though you know it;s not their fault), but even more so to not recognize yourself. James, the production design and art direction teams present a physical manifestation of this phenomenon that allows the viewer to not only perfectly understand the state of mine of someone with dementia, but to feel it themselves. How the home can become uncanny, even as the person also becomes uncanny. The repurposed parts of the older, haunted house might seem a McGuffin, but it hides a deeper truth about the treatment of the elderly, often stashed away behind doors, not only because we don't want to deal with their problems, but because we know that it what we will become.

The cast is outstanding in their performances, each setting a very high bar for each other and each matching it. Kay and Edna's relationship is a strained one; no reason is given (nor needs to be), and as Edna struggles against needing round-the-clock care, so Kay struggles with who should be the one to look after her. Sam refuses to see her grandmother as infirm, offering herself to move in, until she slowly starts to realize that she is not equipped to cope with this disease and its consequences. These are women that at once anger each other, and can't let each other go, even if it means the inability to escape what may or may not be inevitable.

James gives us a house that is haunted in a different way, something that is seeping, creeping through the very molecules of the wood and plaster and paint, like the imagery of the damp that darkens everything: no matter how hard you scrub, or how far you try to get from it, it'll find its way inside you. Even as Kay and Sam might have a means of escape, that family bond is both voluntary and forced, as one accepts as unavoidable a future that one hates and fears.

Relic is an incredible feature debut, assured even as it takes its viewers into these dark corners of the psyche made all teh more terrifying not only by their uncanniness, but their realistic portrayal of a future that awaits so many of us.

Relic is distributed in the USA by IFC Midnight, and will have a VOD/Digital and Theatrical Release on July 10th.