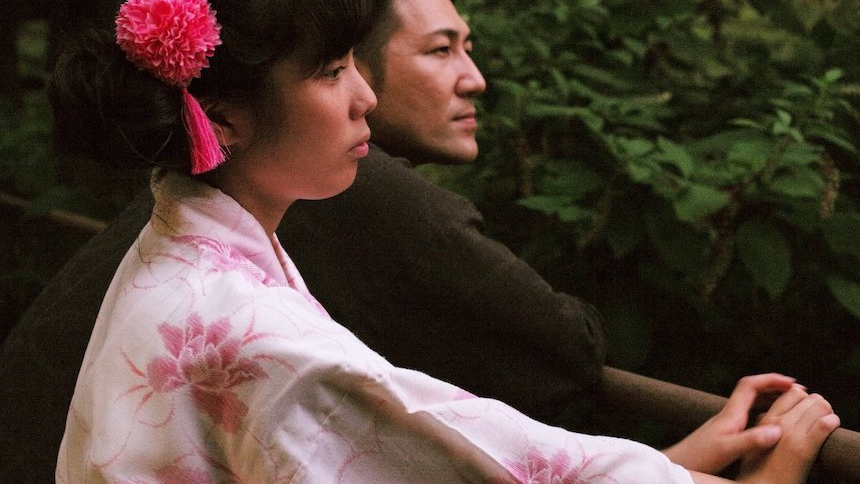 Family Romance is a company that provides rental services for human relationships. And it's a fitting concept for Werner Herzog, who has always been a filmmaker in both narrative and non-narrative forms, documenting vagaries of human life since the 1960s.

Though his recent 'documentaries' might not be grandiose enough for some, especially when compared to such classics as Aguirre, The Wrath of God or Fitzcarraldo, I think he is an unsung chronicler of existence in his recent films, not only considering the extent of extreme and obsessive tendencies exhibited by humans, but also rapidly changing technology and its philosophical implications.

Herzog's stance as a filmmaker has always been that films are all an illusion, therefore, there are no distinctions between a narrative or a documentary. Family Romance, LLC certainly plays out like a documentary, with some of the real-life subjects playing themselves. But we all know that it is scripted, with unmistakably Herzogian touches in dialog in it. The master filmmaker is, again, searching for that ecstatic truth.

We are introduced to Ishii Yuichi, the head of Family Romance, having a rendezvous with his client's daughter, Mahiro. He is hired to play her long absent daddy because she is bullied in school for not having a father. We see her sheepishly passing by many times, among crowds enjoying the cherry blossom festival in a public park. They finally meet and talk. Mahiro, a shy 12 year old girl, slowly opens up over time, accepting Yuichi as her dad.

It's probably Herzog's insistence that Yuichi stops by at Robot Hotel, to ask its owner about incorporating the technology to his business. The filmmaker is obviously making a tenuous connection here with impersonality and dehumanization of the face-to-face service industry and the preposterousness of its theatricality and performance. They have creepy male and female robot attendants at the counter, as well as robotic fishes in the fish tank. Family Romance also services 'web influencers' as hired actors posing as paparazzi, following the client on the street, taking pictures in busy streets.

As the 'lie and deception' on Mahiro continues, Yuichi is having an existential crisis. He expresses his fear of getting caught by 'playing many roles' in a fox shrine adorned with fox statues all wearing cute red scarves. Foxes are known in Japanese folklore as shapeshifters and Japanese people pray often to them when they want change in their lives.

There are Herzogian touches and dashes of humor everywhere: in the middle of a session, an old blind oracle gets a loud phone call and, of course, Herzog doesn't call 'cut' or pan away from her, but stays with her until she turns off the phone. Yuichi asks the robot hotel manager, "Will robots have dreams?"

Family Romance, LLC is structured toward Yuichi struggling with his role as a lie. You feel for Mahiro as she comes to love Yuichi as her father. Where does this relationship take them in the future? Herzog lets us know it's the sinuous relationship we have with each other as human beings that can't be faked with any artificial means.

Family Romance, LLC enjoys a free virtual preview on Mubi July 3, with Q & A with Herzog afterward. It will be released exclusively on Mubi starting July 4. Please visit Mubi to get an invite.

Do you feel this content is inappropriate or infringes upon your rights? Click here to report it, or see our DMCA policy.
Fujimaki MikiHideyasu UmetanaIshigaki ShunJapanUSWerner Herzog