Review: FUNAN, Nightmares Are Made Of This

Directed by Denis Do, the devastating animated drama is now streaming on Netflix. 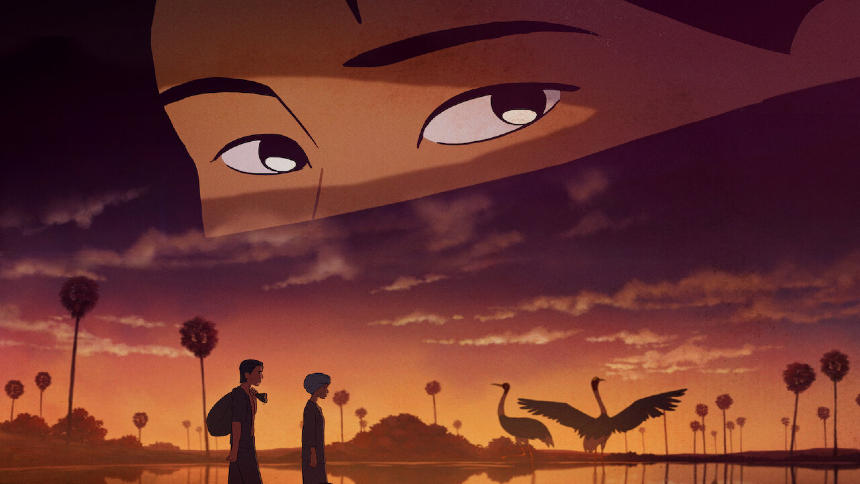 A family is torn apart by the Khmer Rouge.

It's a self-evident truth that creative people can express themselves in whatever form that suits the artist and their art best.

Still, in the U.S., long dominated by the long shadow of Walt Disney, animation has been looked down upon as suitable only for children and their indulgent parents, as though family fare requires any less creativity and devotion than any other type of screen endeavor. That has changed to some extent over the past three decades, as independent-minded filmmakers have broken free of the market-enforced Disney stranglehold and Disney itself has opened up to broader forms of expression.

In France, of course, that type of creative stranglehold never came to pass, and we've been witness to many wildly experimental, genre-busting films that are not confined to tales of childish innocence. Right off hand, Marjane Satrapi's Persepolis (2007) comes to mind, based on the filmmaker's autobiographical graphic novel about her youth in Tehran, Iran, and how the Iranian revolution in 1979 changed everything for her and her family.

In a similar vein, Denis Do's animated drama Funan (2018) is based on the memories of his mother during the Khmer Rouge reign of terror in Cambodia in the 1970s, as well as his own research. It's a film that is told with an even, sure hand, even as the atrocities mount and multiply to a nearly incomprehensible, devastating level of inhumanity and evil.

Principally, it's told through the eyes of Chou, who enjoys life with her husband Khoan, their young son Sovanh, and their family in Phnom Penh. Their peaceful life is torn apart and completely disassembled when the Khmer Rouge revolutionaries establish their rule over the government.

Separated from her young son and harshfully forced into what amounts to slavery with absolutely no recourse, Chou struggles mightily to maintain her sanity. Her husband remains nearby, but they have been divided emotionally and it's difficult for them to even look each other in the eye.

It's not just the Khmer Rouge leaders, either, as Chou sees her fellow camp workers, who are all starving and working to the bone, turn on each other in anguished fury and frustration. Everyday horrors accumulate and intensify as the years pass, making everyone more and more desperate as their lives are slowly crushed under the unfeeling elbow of their unbowed authority figures.

It's nearly too much to bear, and it's a wonder that anyone lived long enough to tell the story with any sort of equanimity. The animated landscapes and characters provide a lifeline, oddly enough. We know it was all real, and the animation softens the horrors just enough so that they remain comprehensible, without shading into something even more graphic and devastating.

We can never forget, nor should we, that hundreds of thousands of people, perhaps two million, suffered horribly, and died during those years. And we can never say, 'it can't happen here.'