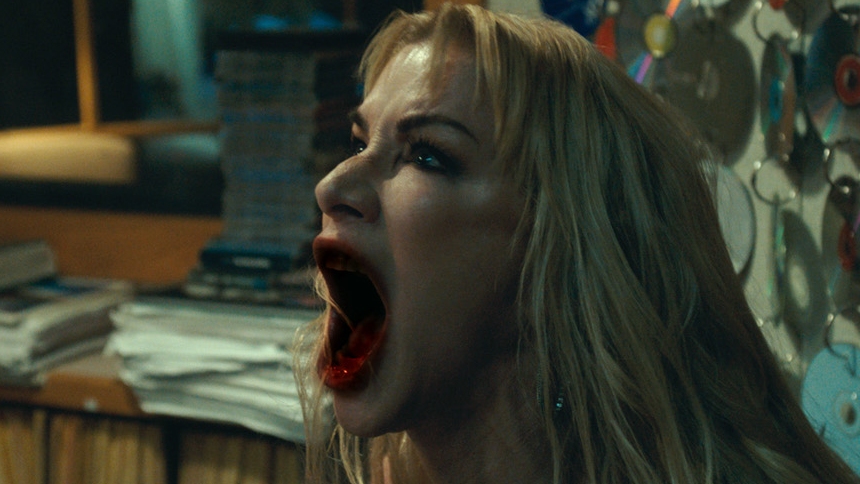 I think about this exchange from television's The Mary Tyler Moore Show often nowadays, especially whenever I hear about a regional film festival that is pressing onward, despite all the yellow and red flags that have been raised about people gathering together in any way, shape, or form -- especially in Florida!

Yet, the dedicated people behind Florida's Popcorn Frights Film Festival are built of sterner stuff than yours truly. Me, I live 1500 miles away and I stay inside my tiny apartment as much as I can. But them? They've got spunk!

And I can't hate them for it, unfortunately, because their events sound so blasted tantalizing for genre fans. As an example, per an official release, PopcornFrights, "the largest genre film event in Southeast US, has announced [that] its Drive-In Horrorshow will end its pop-up summer series on Friday, August 14 with the world premiere of Ten Minutes To Midnight starring Caroline Williams in her first-ever return to the DJ booth since her star-making turn in The Texas Chainsaw Massacre 2!"

Doesn't that sound amazing? Yes, it does! Don't you wish you could be there? Sure you do!

The release continues: "The drive-in event will also feature the Southeast US Premiere of Jay Baruchel's Random Acts Of Violence as part of its double-bill of mayhem experience that will include short film premieres, rare nostalgic and weird video clips, and other surprises."

Visit the official site for all the details. 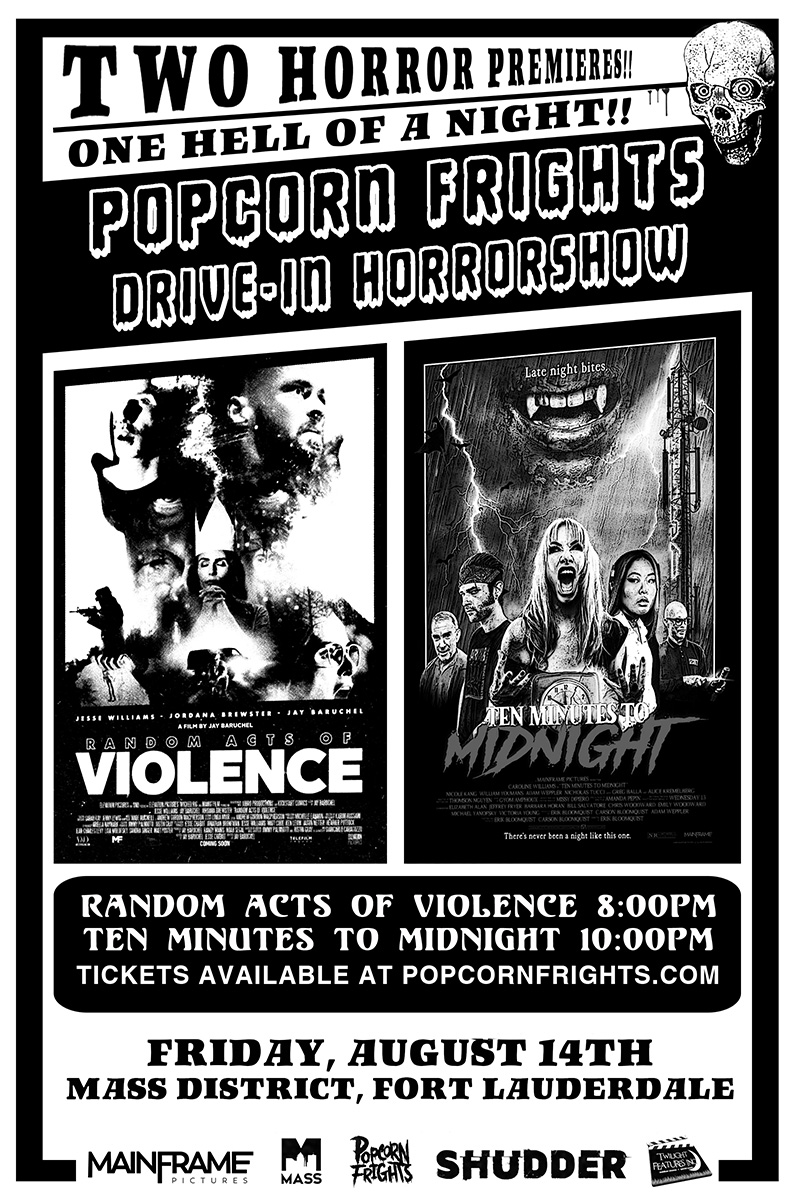 Do you feel this content is inappropriate or infringes upon your rights? Click here to report it, or see our DMCA policy.
Drive-In HorrorshowPopcorn Frights 2020Texas Chainsaw Massacre 2

More about Random Acts of Violence