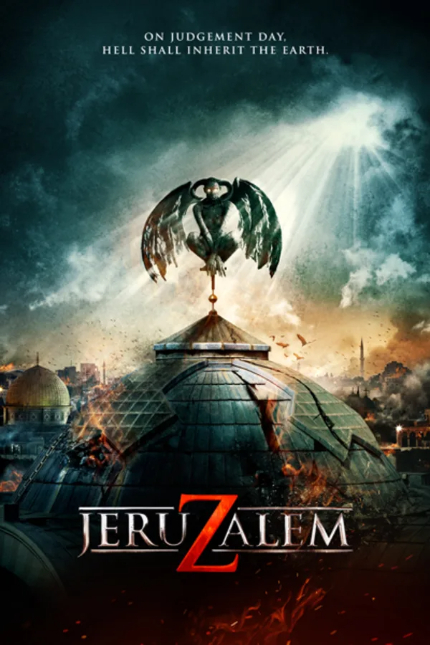 With various travel restrictions currently in place, a horror film might provide the only opportunity to travel to the Middle East this year. Is it a trip worth taking?

By 2015, the found-footage approach to low-budget filmmaking was wearing thin on appeal to some viewers, myself definitely included. Directed by Doron Paz and Yoav Paz, billed as "The Paz Brothers," Jeruzalem added a further element to distinguish itself from the crowd, as noted by Anton Bitel in his review for Projected Figures: "Jeruzalem opens with some basic 'found footage' shot in 1976, before cutting to the present, where everything is shown, POV-style, through Sarah's high-tech 'Smart Glasses'."

Mr. Bitel concluded that, after quite a bit of "meandering character business," once "all hell breaks loose," things begin looking upward, a thought also expressed by horror authority Kim Newman in his Screen Daily review: "Offers a satisfyingly large-scale demonic incursion as glimpsed from the streets."

It's a zombie picture, of course, but the undead are from Holy Writings and much of the picture was shot in Jerusalem under the pretense that it was all a straight-ahead documentary. Dedicated horror fans may want to give the film a(nother) shot, especially since it's now streaming on Shudder.

Do you feel this content is inappropriate or infringes upon your rights? Click here to report it, or see our DMCA policy.
Danielle JadelynDoran PazIsraelShudderYael GrobglasYoaz PazYon Tumarkin