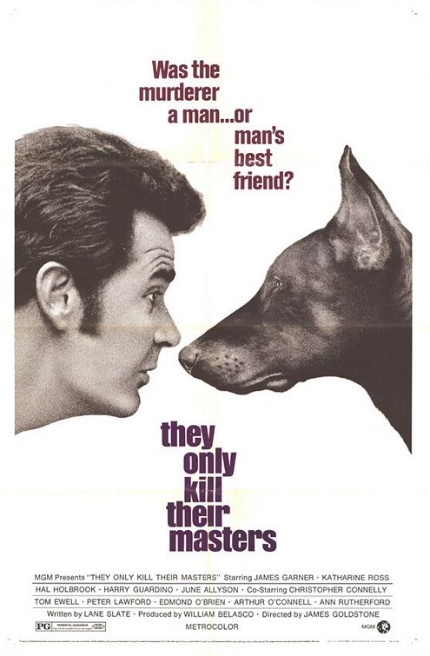 The Dobermann didn't do it.

Falsely accused of a crime he did not commit and sentenced to death, Murphy is rescued from his fate by small-town police chief Abel Marsh (James Garner).

The Dobermann pinscher had been implicated in the demise of a woman named Jenny Campbell. Eden Landing, the peaceful, relaxed coastal community where the action unfolds, is a town where the local citizens are quick to draw conclusions, and so when it is reported that her dog must have killed Jenny, who exhibited bite marks when found on a beach in front of her house, everyone assumes the dog did it, and it's only a matter of time until a court order is issued to euthanize Murphy.

Chief Abel has just returned from a vacation to Los Angeles, which prompts many snide remarks from his fellow workers and townsfolk in general, as everyone assumes the single, 40-ish man's sole purpose was to bed as many women as possible. Abel resents the implications, but he lives in a small town that is filled with small-minded white people who are mostly his age or older, and anxious for any distraction that might come their way.

Abel smiles tightly and tolerates his not-entirely-competent co-workers, squashes bar fights by pulling his gun and sticking it into noses as needed, and generally lives a congenial existence that is enhanced by the recent arrival of Kate Bingham (Katharine Ross), whom he meets when he delivers the expected court order to local veterinarian Dr. Warren G. Watkins (Hal Holbrook); Kate is the doctor's assistant.

A pathologist investigating the death, however, tells Abel that the woman was not, in fact, killed by the dog, but instead died from drowning in fresh water and then dumped in the ocean. Abel makes sure the dog is rescued, and makes friends with both him and the 30-ish Kate, who is a refreshing presence in town and in his life.

The first feature credited to writer Lane Slate, who later co-wrote the strangely entertaining The Car (1977), the film was directed by James Goldstone, coming off the comic gangster picture The Gang That Couldn't Shoot Straight (1971). The last feature film to be shot on Lot 3 at MGM Studios, which would soon be "bulldozed into oblivion," according to a richly-detailed article by Lisa Mateas at TCM, They Only Kill Their Masters is a relaxed affair that features a supporting cast drawn from past MGM productions, including June Allyson, Tom Ewell, Peter Lawford, Edmond O'Brien, Arthur O'Connell, and Ann Rutherford. Harry Guardino co-stars as officious County Sheriff Captain Daniel Streeter, who pokes and belittles Abel and the town's tiny police force.

My family was home to an extremely protective and lovable Dobermann pinscher; he was a good friend in my childhood, and was still alive and perky when this movie was released. I believe I saw it sometime later, on television, mostly because of the dog, but also because of James Garner, who began his starring role on TV's The Rockford Files a year or so later, and Katharine Ross, who I remembered fondly from Butch Cassidy and the Sundance Kid (1969).

Watching the movie again recently, I was struck by the relaxed mood and gentle, forward momentum of the story, which wraps up tidily in 97 minutes. But I was also struck by the casual use of the "f" and other derogatory words by James Garner's character, mockingly describing himself as "a normal heterosexual," a description that Katharine Ross' character repeats about herself a few moments later.

The movie's conservative moral disdain, in this moment and others, certainly reflected mainstream American culture at the time, even though it was not anything that I remembered specifically. It was a good reminder for me that language matters, as much or more than attitudes and images, even in a low-stakes mystery flick, driven by its stars and mostly abandoned by big Hollywood studios in today's marketplace.

Image below is publicity art, published on TCM. 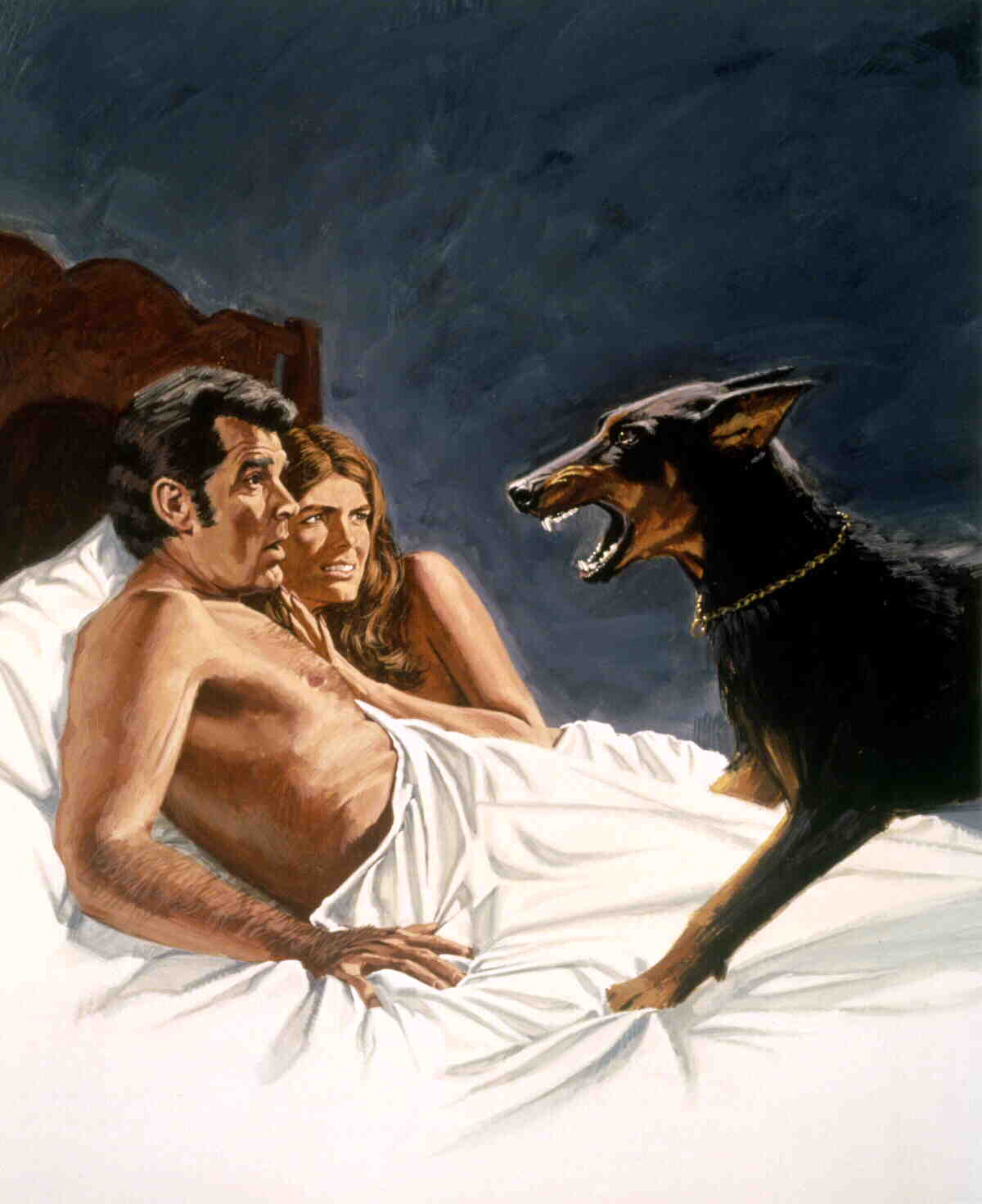 Do you feel this content is inappropriate or infringes upon your rights? Click here to report it, or see our DMCA policy.
70s RewindDobermannHal HolbrookJames GarnerJames GoldstoneKatharine Ross