Review: IRRESISTIBLE Fails, Both as Political Satire and as Straightforward Comedy 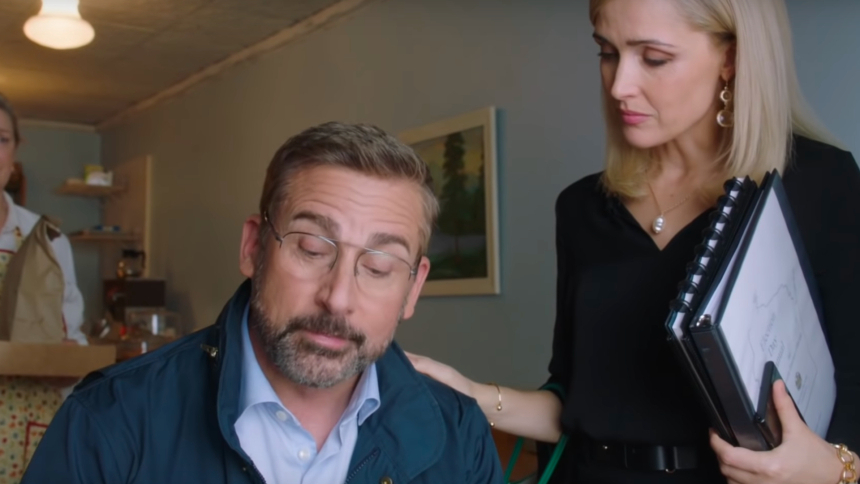 After spending 16 years anchoring The Daily Show for the Comedy Channel, Jon Stewart handed over the reins of the show to Trevor Noah. A much-needed balm for left-of-center Democrats and progressives during George W. Bush’s two disastrous terms and a counterbalance to the anti-Obama Republican narrative for the next eight years, Stewart stepped away before the 2016 presidential election, arguably when his voice was needed most.

Retirement from The Daily Show, however, didn’t mean retirement from public life or creative endeavors. Stewart continued to be a fervent spokesman for renewing the 9/11 federal fund for first responders. He also decided to follow up Rosewater, his promising 2014 feature-film debut, with Irresistible, a misguided, tone-deaf, ultimately untimely political comedy/satire centered on Stewart’s favorite subjects: Campaign finance reform, the political consultancy class, and media bias/reform.

Irresistible opens in the days and weeks before and after the November 2016 election — if nothing else, Stewart likes to slice open old wounds — as Stewart’s anti-hero, Gary Zimmer (Steve Carell), a sincerely insincere, DC-based Democratic political consultant working for Hilary Clinton's presidential campaign, sees the best laid best plans of men named Gary go up in virtual smoke.

Clinton’s loss shatters Gary’s self-confidence —forget, for now, what Trump’s winning the electoral college did for everyday Americans — and sends him spiraling into days-long depression and despair temporarily ameliorated by alcohol, ice cream, and silk sheets. Gary just needs a win, any win whatsoever, not only to restore his self-confidence and self-image but to keep his obviously lucrative political consultancy in the federal election business.

But all is not lost, at least not for Gary, anyway. One of his underlings introduces him to a YouTube video featuring Jack Hastings (Chris Cooper), an ex-Marine Colonel and Wisconsin farmer, excoriating the local city council for its mistreatment of undocumented workers.

For Gary — and, by extension, Stewart — Hastings represents everything the Democrat Party needs: He’s White and male (emphasis on “White” and “male”), he’s working class, and he makes his home in America’s underpopulated heartland (the majority of Americans live in or near cities). He’s apparently everything missing from the coalition that twice helped to elect Barack Obama to the White House (i.e., people of color, college-educated Whites), but failed to win the 2016 presidential election.

By erasing and/or ignoring the other factors that contributed to Trump’s marginal win (e.g., Clinton’s media- and GOP-fueled negative numbers, foreign interference, media bias that gave Trump an estimated $60B in free advertising, voter suppression, and Trump’s nationalist, populist rhetoric), Stewart reveals the limitations in a dangerously simplistic, reductive vision of American politics and the 2016 presidential election, all but explicitly adopting the since-disproved “economic anxiety” argument for Trump’s supporters.

Even if we give Stewart the benefit of the doubt, Irresistible fails on another fundamental level: For a film intended to be a comedy, Irresistible contains surprisingly few laughs of any merit. From the get-go, Stewart sets up the usual tropes and conventions of the fish-out-of-water/big-city-vs-rural-towns cultural clash, usually built around the luxuries and niceties Gary has learned to take for granted (Wi-Fi mostly, but coffee too, apparently) and his unfamiliarity with farm-style living (cows, cows, and more cows).

It takes little effort, though, for Gary to convince Hastings, a man of few words and even fewer facial expressions, to throw his trucker’s hat into the ring and run for mayor, but with one condition: Gary has to run the campaign himself, forcing Gary to remain in Wisconsin long past the time rural living has lost its charms, though Hastings' twenty-something daughter, Diana (Mackenzie Davis), offers Gary an occasional object of desire whenever they cross paths.

While Gary wants to use the mayoral race as a test case for re-energizing the dormant WWC (White working class) base of the Democratic Party, the GOP decides to send their best and brightest political operative and Gary’s longtime rival, Faith Brewster (Rose Byrne), to undermine Hastings’ mayoral run and more importantly, Gary’s experimental messaging before it has a chance to go national.

Stewart throws in the usual grab-bag of twists, setbacks, and revelations over the course of the increasingly heated, divisive campaign, with a few, broad swipes thrown at ultra-wealthy, liberal elites (a run to NYC to raise funds), inflexible media narratives (Red vs. Blue, cities vs. rural towns, etc.), and the evils inherent in Super-PACs (one of Stewart’s favorite Daily Show subjects) before Irresistible ends on an artificially upbeat, superficially positive note, a happily ever after that feels false, unconvincing, and more than slightly condescending (it’s all three).

It doesn’t help at all, of course, that Irresistible couldn’t have happened at the worst time. Between the COVID-19 pandemic, Black Lives Matters protests, and an economic recession teetering on depression, it’s difficult, if not impossible, to give Irresistible’s heavy-handed, subtlety-free both-sides point-scoring the benefit of the doubt despite, of course, Stewart’s best intentions. Even if Irresistible had arrived in, say, January or February, it still would have felt like a cultural and political artifact from another, more willfully ignorant/naive time.

The films opens in theaters (where available) and On Demand platform platforms on Friday, June 26, 2000, via Focus Features.

Do you feel this content is inappropriate or infringes upon your rights? Click here to report it, or see our DMCA policy.
Chris CooperFocus FeaturesJon StewartRose ByrneSteve CarrellUS