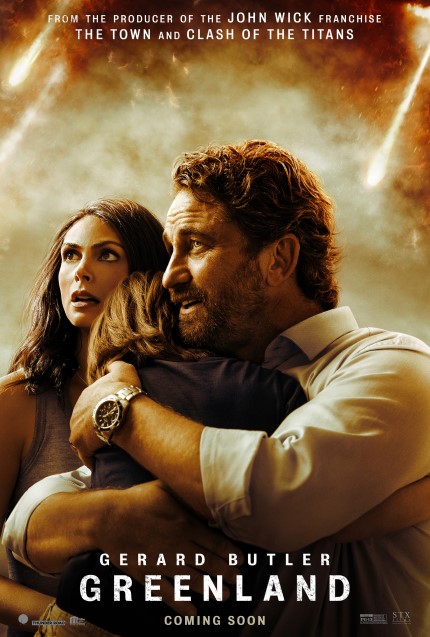 With his dear immediate family in tow, Gerard Butler, who has never met an apocalyptic calamity that he can't defeat, instead abandons his home in Florida and seeks shelter in a faraway land.

Directed by Ric Roman Waugh, stuntman turned stunt coordinator turned director (Felon, Snitch and, more to the point, Angel Has Fallen) reunites with Butler, who has protected U.S. presidents (Olympus Has Fallen) and vanquished climate change (Geostorm), in the story of an ordinary man placed into an extraordinary situation. Or, to be official:

"A family fights for survival as a planet-killing comet races to Earth. John Garrity (Gerard Butler), his estranged wife Allison (Morena Baccarin), and young son Nathan make a perilous journey to their only hope for sanctuary.

"Amid terrifying news accounts of cities around the world being leveled by the comet's fragments, the Garrity's experience the best and worst in humanity. As the countdown to global apocalypse approaches zero, their incredible trek culminates in a desperate and last-minute flight to a possible safe haven."

Nowadays, of course, any trip outside your home could be considered a "perilous journey," but so it goes. In other circumstances and in other years, I'd probably be lined up for the first screening of the movie. This year, I'm not sure I will ever leave the safety of my studio apartment, even for a planet-killing comet, but for everyone else, Greenland will open in theaters on August 14.

Providing two very good reasons to risk your live and venture outside, Morena Baccarin, and Scott Glenn also star. Enjoy the silly, entirely serious spectacle of the trailer below, as well as a trio of official images. (We like to be official around here. Speaking of which ...) Visit the official site too. 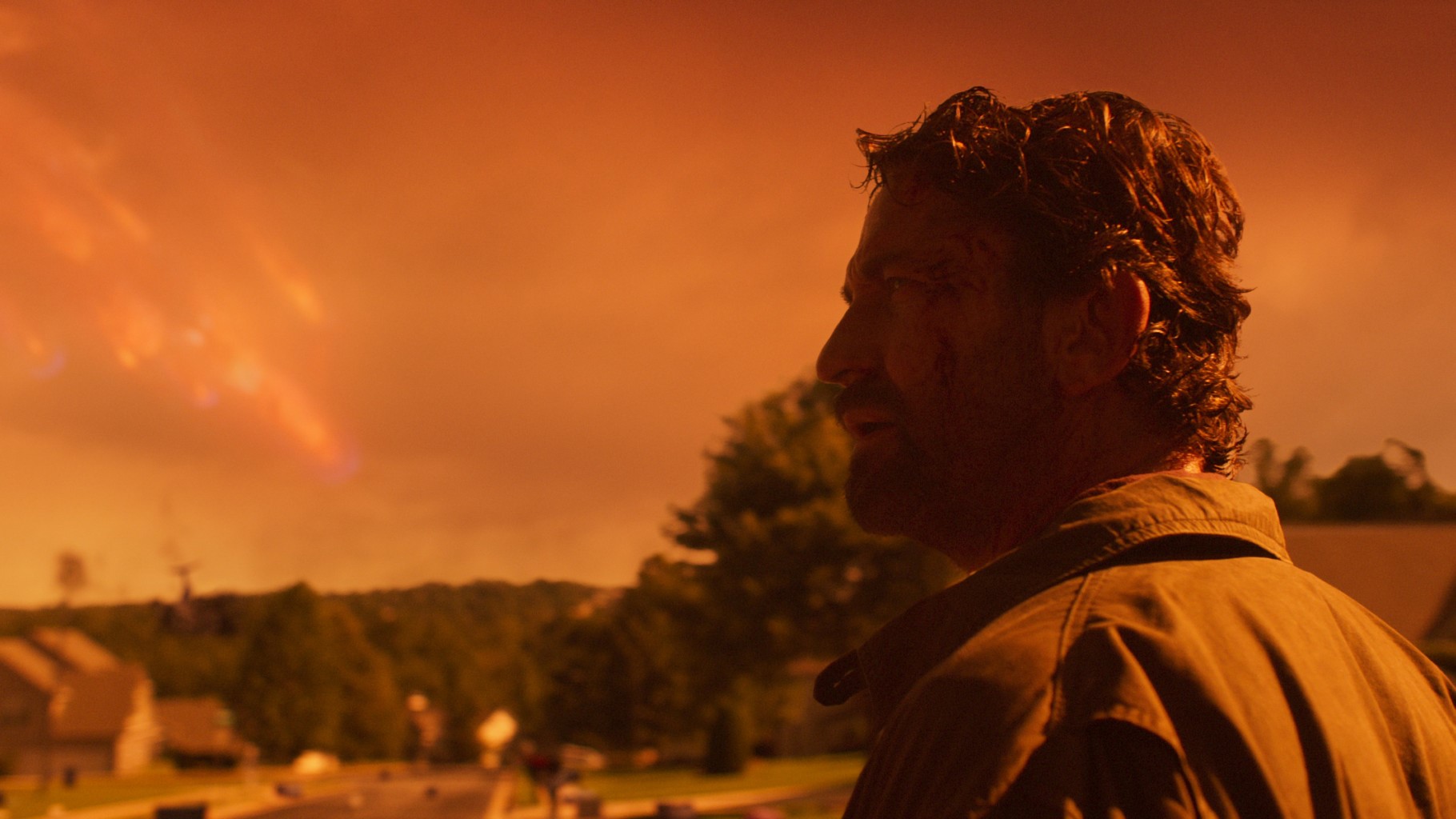 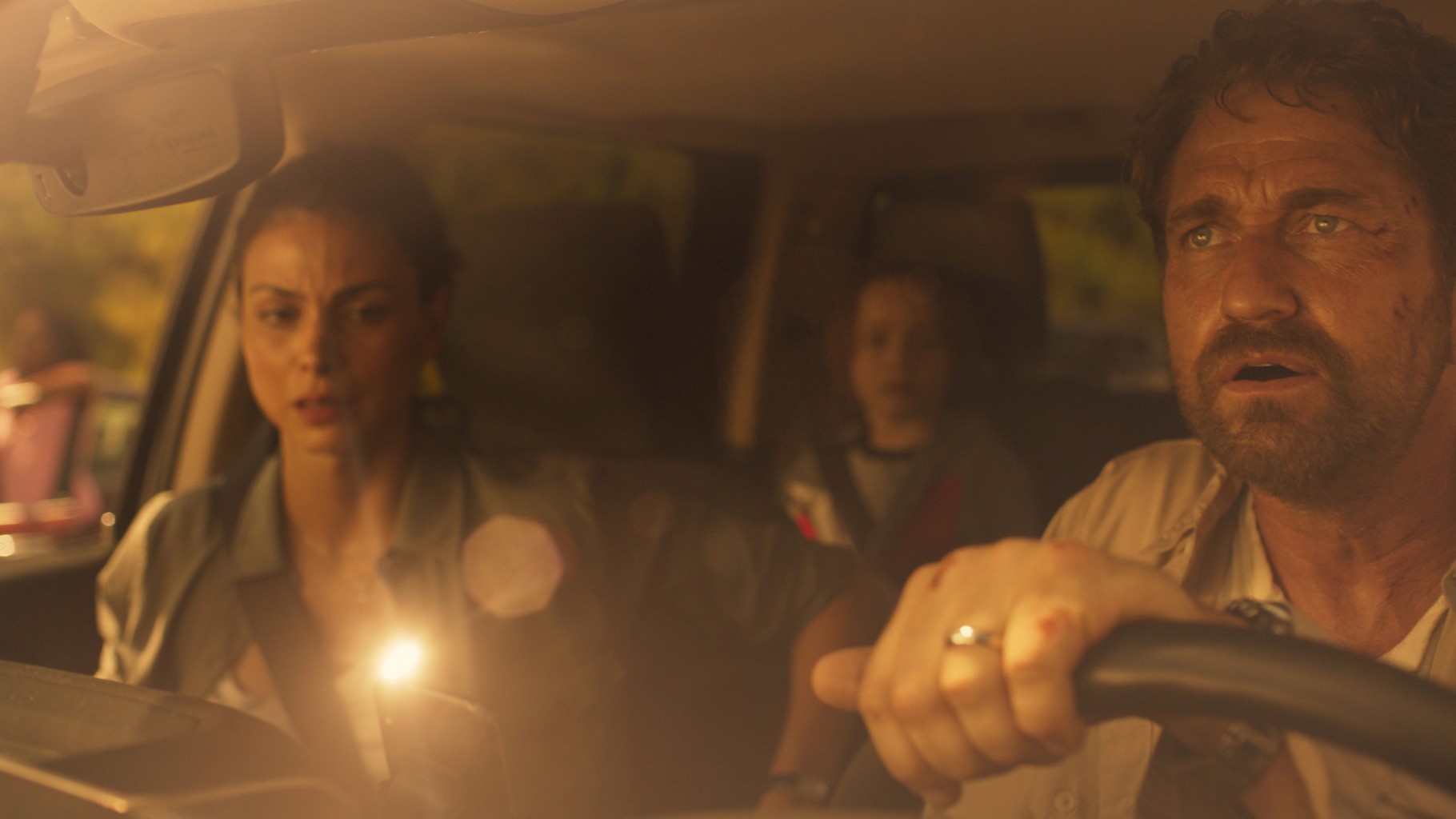 Do you feel this content is inappropriate or infringes upon your rights? Click here to report it, or see our DMCA policy.
Gerard ButlerMorena BaccarinRic Roman WaughScott GlennUS