Greg Nicotero is a living legend of the horror genre. I mean, his first credit is the masterpiece Day of the Dead, in which he assisted special makeup effects artist Tom Savini under the direction of the man who certainly created the zombie subgenre as we know it today: the late, great George A. Romero.

In that regard, the makeup department, Nicotero has become a master in his own right and, aside of Romero, his frequent collaborators over the years have been John Carpenter, Wes Craven, Sam Raimi, Quentin Tarantino, Robert Rodriguez, Eli Roth and Frank Darabont.

Naturally, Nicotero has expanded his range, serving as a producer for the incredibly popular series The Walking Dead since its beginning in 2010. On top of that, nobody has directed more The Walking Dead episodes than Nicotero, not to mention that he’s also an executive producer of the spin-off Fear the Walking Dead.

In 2019 Nicotero leaded the comeback of the iconic horror anthology Creepshow in the form of a six-part series (though a second season has already been confirmed). The Creepshow franchise originally started way back in 1982 with the Romero-directed, Stephen King-penned anthology film that was inspired by the horror comic books from the 1950s, such Tales from the Crypt and The Vault of Horror (published by EC Comics). Two sequels were released afterwards: Creepshow 2 in 1987 and Creepshow 3 in 2006, though the aforementioned horror masters didn't get involved at all with the latter.

The series is pretty much in the same vein of the first two movies: it has a comic book aesthetic, some animation, old-school practical effects and a wide variety of stories (including one inspired in the work of King and other directed by Savini himself) and monsters/creatures (such as werewolves, Alien-like critters, a living scarecrow, zombies and even the equivalent of the Loch Ness monster).

After premiering last fall on Shudder, the first season of Creepshow will be available on Blu-ray, DVD and Digital HD on Tuesday, June 2. This release presented me the opportunity of interviewing the legendary Nicotero, executive producer and director of two of the segments. Check out our conversation below!

ScreenAnarchy: After working in DAY OF THE DEAD you were also part of the crew of CREEPSHOW 2 in 1987. What can you tell me about that experience?

Greg Nicotero: It was amazing. I grew up in Pittsburgh being a fan of the genre but never imagining that I would actually be able to get a job working in movies. I just loved the movies and thought “oh, it’s really cool”, wanting to learn how to do special effects. But I was fortunate enough to meet George Romero and then I met Tom Savini, and they hired me on Day of the Dead just to sort of say “oh, this kid likes the business and he might be a good production assistant.”

So I kind of just followed my path. Being able to stand next to the guy who created Night of the Living Dead and Dawn of the Dead was always a huge honor for me.

In the new CREEPSHOW series there are several nods to the original and to George A. Romero: the first scene when we see that crate from the Arctic [a direct reference to the THE CRATE segment from the first CREEPSHOW film], in general the comic book aesthetic and there’s also footage of NIGHT OF THE LIVING DEAD. In that sense, how important was for you to reference the old-school for a new generation that maybe don’t really know about it?

Well, anytime I put little homages in there, that’s my way of saying “thank you.” I was so inspired by people like George Romero, John Carpenter, Steven Spielberg, all these people. So I would take any opportunity to thank them by putting in a little homage or a little nod to them. With Creepshow, I really loved being able to let other people in the audience know how important George was to me and to all of us. I feel really fortunate. 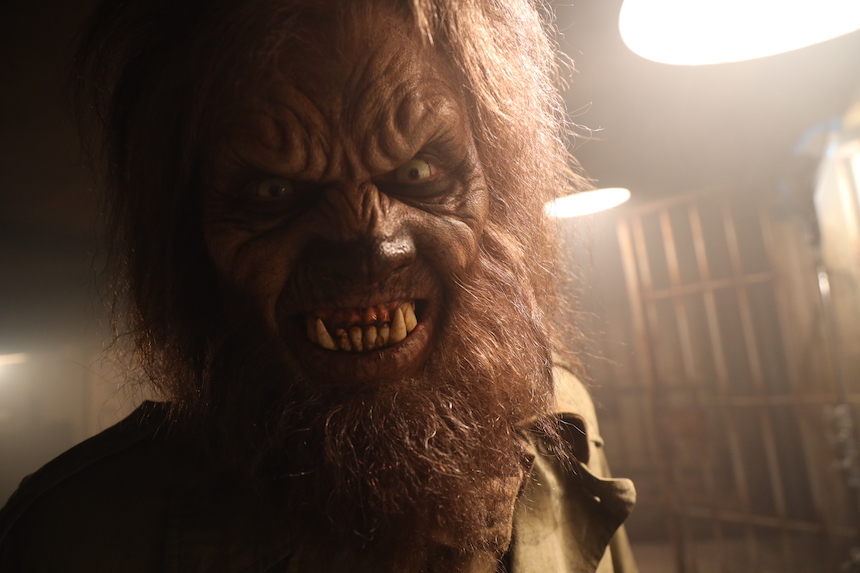 The old films and now this new CREEPSHOW series, they all have plenty of themes but the dead coming back, mostly to take revenge on the living, is usually one of the most prominent subjects in these anthologies. How was the process to select the themes and also the team of writers and directors for the new segments?

I really had the opportunity to follow my heart. I wanted so much to just bring Creepshow back to a new audience. I spent 10 years on The Walking Dead collaborating with directors, writers and other producers, but Creepshow was different because it was my baby, it really gave me an opportunity to take stories of authors that I had read when I was younger, reaching out to newer people in the scene like Josh Malerman and work with a lot of my friends.

So I really did appreciate the amount of work that takes to put together a collaborative team and have them realize your vision. Having a makeup effects background really gave me an opportunity because I knew how to convey myself to artists, like sculptors, painters and model makers. For me to be able to translate what vision I had for Creepshow to these writers and directors, it really was a great experience.

The CREEPSHOW series, including the two segments that you directed, has monsters made with practical effects. Was it particularly important to maintain this?

I felt that it was very important because I feel that the personality and the character of Creepshow is really about the fun of practical makeup effects, like being ingenious and creating a werewolf puppet or creating a man transforming into a gelatinous blob, or whatever it is that’s happening.

There was something important in terms of seeing those practical items and those elements on set. I felt that it was important, for season 2 we are pushing that idea even further. I felt that it was a great opportunity to challenge us as effects people to come up with some fun creatures and monsters in a short amount of time.

Talking about the two segments that you directed, GRAY MATTER [based on a story by Stephen King] can be seen as a horror metaphor for grief and issues with addiction and the other one, THE FINGER, is pretty much a fun creature feature with this ALIEN-like little monster but it also can be read as a comment on mental health. How did you approach this material?

So for Gray Matter it really was about the codependent relationship between a boy and his alcoholic father, that was what the core of the story is. And then when you add the horror element on top of it, that’s what gives you that supernatural vibe. 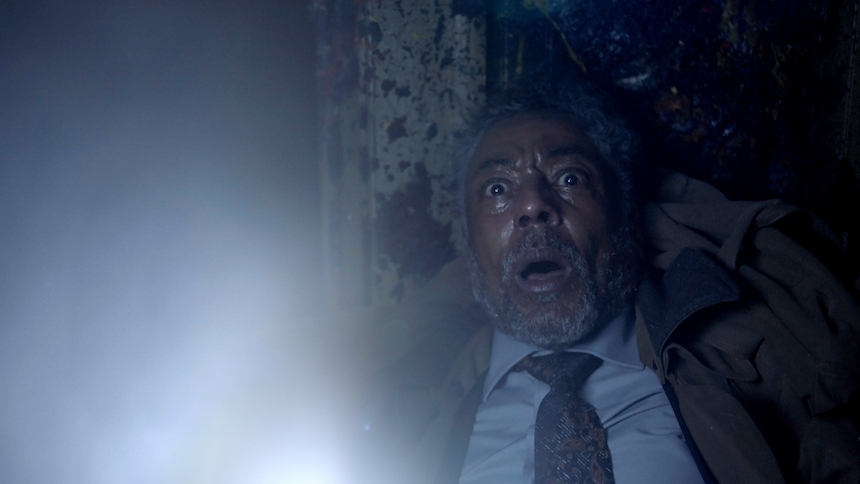 For The Finger, yeah, you know? I mean The Finger, I just responded to the fact that this guy, whether we know or you believe that Bob is real or not real, that was what I liked about it, I liked that this could be a story where the guy comes upon the finger and it grows into this little creature that basically does all the bad stuff that this weak-minded character couldn’t bring himself to do, so I liked that idea.

The end, when he’s in the padded cell and you hear the chirping outside the window, you don’t know whether the chirping is actually there or he’s imagining it. But either way, that idea of Bob exists, either in his head or in the reality of it. But I just liked that it was sort of a really dark theme but played in a lighthearted way where Bob is like your dog, bringing things back from outside and you’re like “what is that? Why did you bring that back in from outside?”, and he’s like jumping up and down like he’s a happy puppy.

In both the original CREEPSHOW and its sequel there were commentaries about how horror was, for parents and authority figures, not something that they wanted children to be watching or reading. Obviously horror has become much more mainstream nowadays but I think that controversy still exists. What do you think of the present of this genre that we love but that has always been divisive?

It’s interesting that you would say that because I feel like it was a lot more oppressive when I was younger. When I was a kid, horror wasn’t really accepted by a lot of people, it was a very small niche, a very small group. But now between video games, which I think has had a lot to do with making horror more mainstream, I think that there’s much less resistance to horror stuff now than there was when I was growing up.

When I was a kid all you had was Famous Monsters of Filmland magazine and then later Fangoria, but I was probably the only kid in my school that actually read those magazines, it wasn’t a lot people that would seek out horror stuff, but that’s what it took: if you wanted to get into horror stuff you had to find it.

But now, I don’t know if there’s as much of a stigma involved in watching horror or liking horror. I have a 14-year-old daughter who loves horror stuff, so I really feel like it’s not nearly as challenging as it was when I was younger, I think it’s a lot more acceptable.