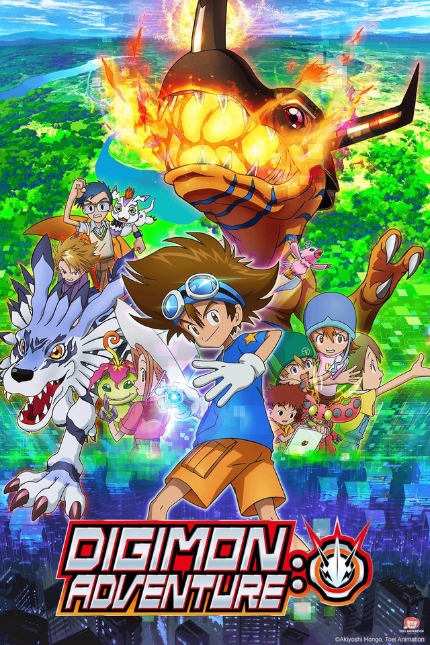 In the late 1990s, I missed the 'virtual pet' fad entirely, save for my horrified disbelief that anyone could take it seriously.

To be fair, I was already well beyond the age of the target audience for the first wave of the fad that became a phenomenom, which might explain my muted reaction to the rebooted series.

If, however, you were enchanted by the original, the new series might be right up your digital alley. Produced by Toei Animation and Bandai of Japan, the original anime series run for 384 episodes over a period of 18 years.

The new show is the eighth in franchise. The new official plot lays it out clearly: "As the internet became an integral element by the year 2020, a series of assumed cyber-attacks across Tokyo are the result of events at another world within the internet; the Digital World where the Digimon roam.

"While getting ready for summer camp, Taichi Yagami and seven other children are transported to the Digital World where they acquired Digivices and Digimon partners while learning that they have been chosen to stop the unknown threats to their worlds."

Er, OK. Despite my complete ignorance, I tried watching the first episode, which began trying my patience within the first few minutes.

The bright, blocky visuals definitely feel like callbacks to the original show. Meanwhile, the buzzy, frantic pace wore me out, pretty much like many video games of that era. And there doesn't appear to be a plot, except move, move, move and move faster, old guy! and why are you just standing / sitting there and move, move, move.

So if you are younger than me (i.e., born in this century), you may well enjoy the series far more than I did. Help yourself.

Do you feel this content is inappropriate or infringes upon your rights? Click here to report it, or see our DMCA policy.
animationanimeCrunchyrollDigimonDigimon Adventure 2020JapanSpring 2020VRV