The philosophical sci-fi series from France returns on Shudder. 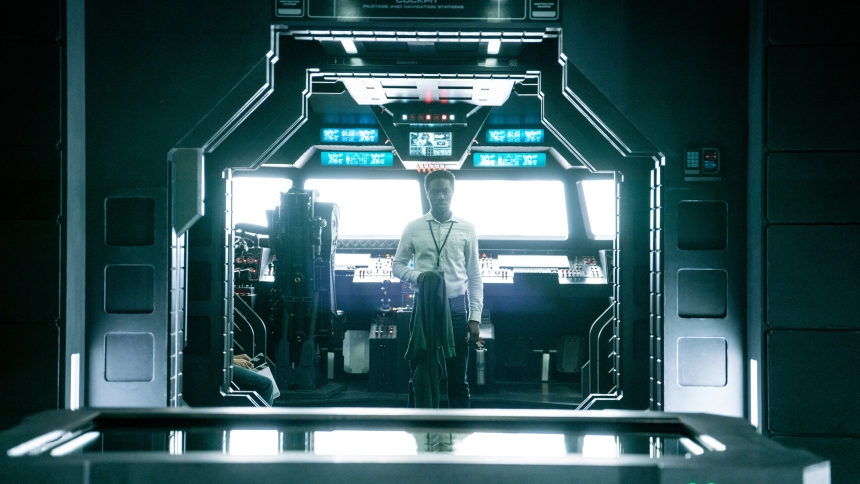 My kind of jam.

A speculative-fiction series from France goes to new, unexpected places in its second season.

The rival missions prove to be a (possibly) welcome relief when one ship crash lands on the Red Planet and loses their captain. Working at cross-purposes to each other, though, the two crews inevitably clash as they each pursue their separate, sometimes interweaving goals and race to return to Earth.

Season 2 picks up five years later, as the surviving crew members are still piecing together the wreckage in their lives and suffering a plague of nightmares. A new mission to Mars is announced, causing the survivors to put their problems on pause as they hope to achieve closure and answer burning questions about the future of humanity. They are joined by new crew members, including the daughter of one of the rival billionaires.

The mystery and the intrigue around the Big Ideas and Big Questions in Missions deepens and develops over the course of each season. This marks a stark contrast to a sci-fi series like Black Mirror, which is punchier and more attuned (and reactive) to the modern zeitgeist, tending toward outrage.

In contrast, Missions is more philosophical, radiating a calm and cool approach. Nearly everything is downplayed, somewhat similar to co-creator Julien Lacombe's approach in his previous series Derrière les murs (Beyond the Walls or Behind the Walls), which also unpacked a familiar idea -- supernatural events that may or may not be "real" in an old house -- to striking effect. Even so, it's not all talk and no action; the conflicts are mixed into the straight dramatics to keep things humming.

It's true that the characters in Missions talk a fair amount, yet the show also allows space to envelop them as needed. The settings in Season 2 are different than in the first season, but the pursuits are the same. Is there a higher purpose in existence? The show wants to know.

The running time of each episode (about 30 minutes) is ideal for binge-viewing. Primarily presented in French, with some English words and expressions mixed in, the dialogue mostly sounds conversational without being too stilted or overstuffed with scientific jargon (faux or real), which also makes it an ideal show for binge-viewing as you please.

Summing up: Smart enough to know it doesn't have all the answers.